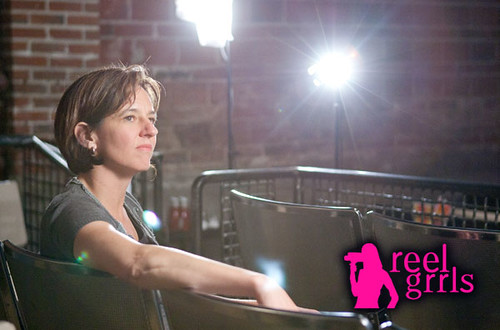 Malory Graham has stepped down as Executive Director of Reel Grrls. A decade ago, Graham founded the youth media empowerment organization now headquartered at 21st and Union.

In a letter to the community, Graham said she was going to pursue her own development as an artist:

The decision to step down as Executive Director at Reel Grrls has been difficult, because I “heart and soul” adore this organization. And make no mistake, this is a transition for me, not a goodbye. Once a Reel Grrl, always a Reel Grrl! I look forward to staying involved with the organization in other capacities in the future. In particular, I look forward to a return to filmmaking and mentoring, as well as to helping develop a program to support the growing Reel Grrls alumnae network—supporting our graduates to get into the media industry and produce their first films as professional filmmakers. One of my favorite quotes from a participant rings loud and clear right now for me: “Reel Grrls isn’t just a film school—it’s a sisterhood!” I see my next role as expanding that sisterhood.
Serving as the Executive Director of Reel Grrls has been the most fulfilling thing I have ever done, and I am sure it will be a remarkable opportunity for someone new as well. I am so grateful to all of you who have supported the vision of empowering young women through media production — Viva la Sisterhood!

Reel Grrls used to be housed in the Oddfellows Building at 10th and Pine, but they moved to 21st and Union after the building was sold (see our profile of Reel Grrls from earlier this year).

The organization has had an interesting year. Comcast threatened to pull their funding after the organization sent out a critical tweet. After getting national support, Reel Grrls told Comcast to keep their money and raised even more through private donations.

Reel Grrls has launched a search for a new Director, and they’re looking for someone who can meet these requirements:

Our ideal candidate can: make a film, hire a new staff person, ask a donor for 10K, take out the trash, give a speech, help a teenage girl write a script, negotiate a lease, quote Maya Angelou, write a grant and bake a killer batch of chocolate chip cookies—all in the same week.

For an idea of the kinds of projects Reel Grrls produces, check out our story from earlier today.

0 thoughts on “Reel Grrls founder and Executive Director steps down”