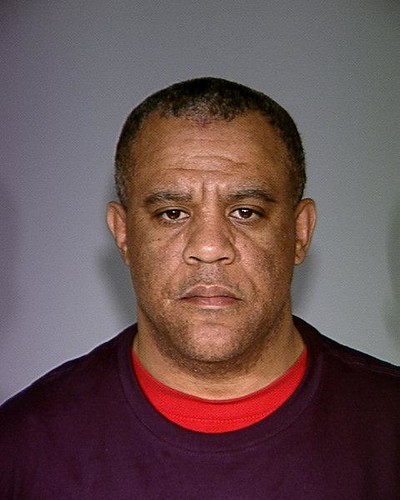 The man apparently beaten to death at 26th and Jefferson September 22 has been identified as Shaun Ansar Harris, 43.

Police were called to the scene just after 6:30 a.m. after someone reported an altercation inside a vehicle. Harris was found outside a red Mercedes-Benz convertible with a fatal head wound. He was taken to Harborview Medical Center, where he died.

At the September 22 meeting of the East Precinct Advisory Council (EastPAC), precinct commander James Dermody said police do not believe the killing was related to the neighborhood or Garfield High School, which is one block away from the site of the attack.

According to the King County sex offender website, Harris was convicted of third degree rape in 1995. He also has a lengthy list of aliases.

Harris’ last known address is in Federal Way, according to public records.

Court records show Harris was a Level III sex offender who had an extensive criminal history, including a number of arrests on felony drug charges. He was last arrested Aug. 24 for violating his community custody on a May 2010 drug charge and was released from the King County Jail on Sept. 12, 10 days before his death, jail records show.

42 thoughts on “Man killed at 26th and Jefferson identified as Shaun Harris, 43”