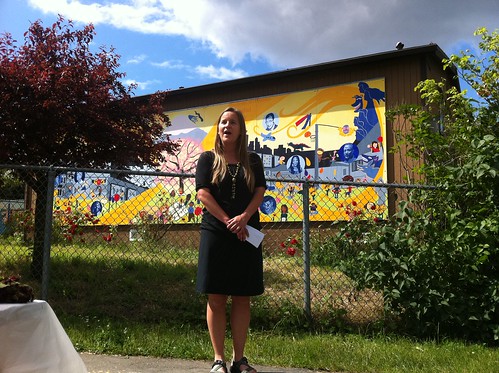 Just got this note from Seattle University. The Seattle U Youth Initiative (SUYI) invites the public to a school year kickoff party at Pratt Park tonight (September 23) at 5:30 p.m.

Just a quick heads up about an event we have tonight at Pratt Park (20th/Yesler), 5:30 pm.

It’s the kickoff of the Seattle University Youth Initiative for this school year. We’re partnering with MM YMCA.

About 250 families are expected to attend, where there will be a movie shown on a 16-ft screen and many of our community neighborhood partners will be on hand providing info and services to families, related to health and fitness.

The community is invited!

As you probably recall, the SUYI is a long-term commitment to enriching children’s lives in the Bailey Gatzert and SU neighborhood.