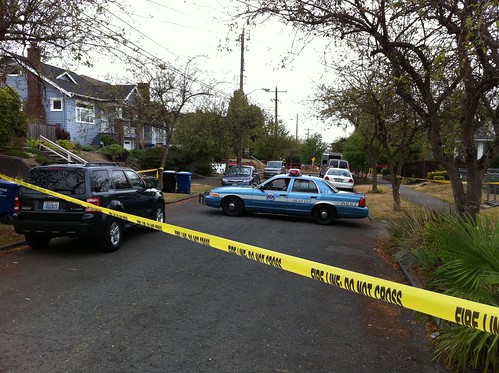 Police and emergency units rushed to 26th and Jefferson this morning in an incident in which a man has apparently been killed. We are still working to gather details on the incident. SPD will provide a briefing shortly.

The original call came out around 6:44a Thursday morning for a large medic response indicating somebody requiring treatment for life threatening injuries. Several additional aid units were called to the scene near Garfield High.

According to police radio, CSI has been called to the scene to investigate.

0 thoughts on “Incident at 26th and Jefferson near Garfield High School — UPDATE: Man beaten to death”