Does anyone know what movie is being filmed in the alley at the Twilight Exit?

After @DreamgirlDown alerted us to film via Twitter, we swung by to check in with the film crew:

We spoke with the film’s Producer Greg Brotherton. “Shadowed” is an “ultra low budget” independent thriller with an all-local cast and crew. They are filming two days at Twilight Exit both inside and in the alley. Today is their second day of production, and they hope to wrap up filming at the end of the month. 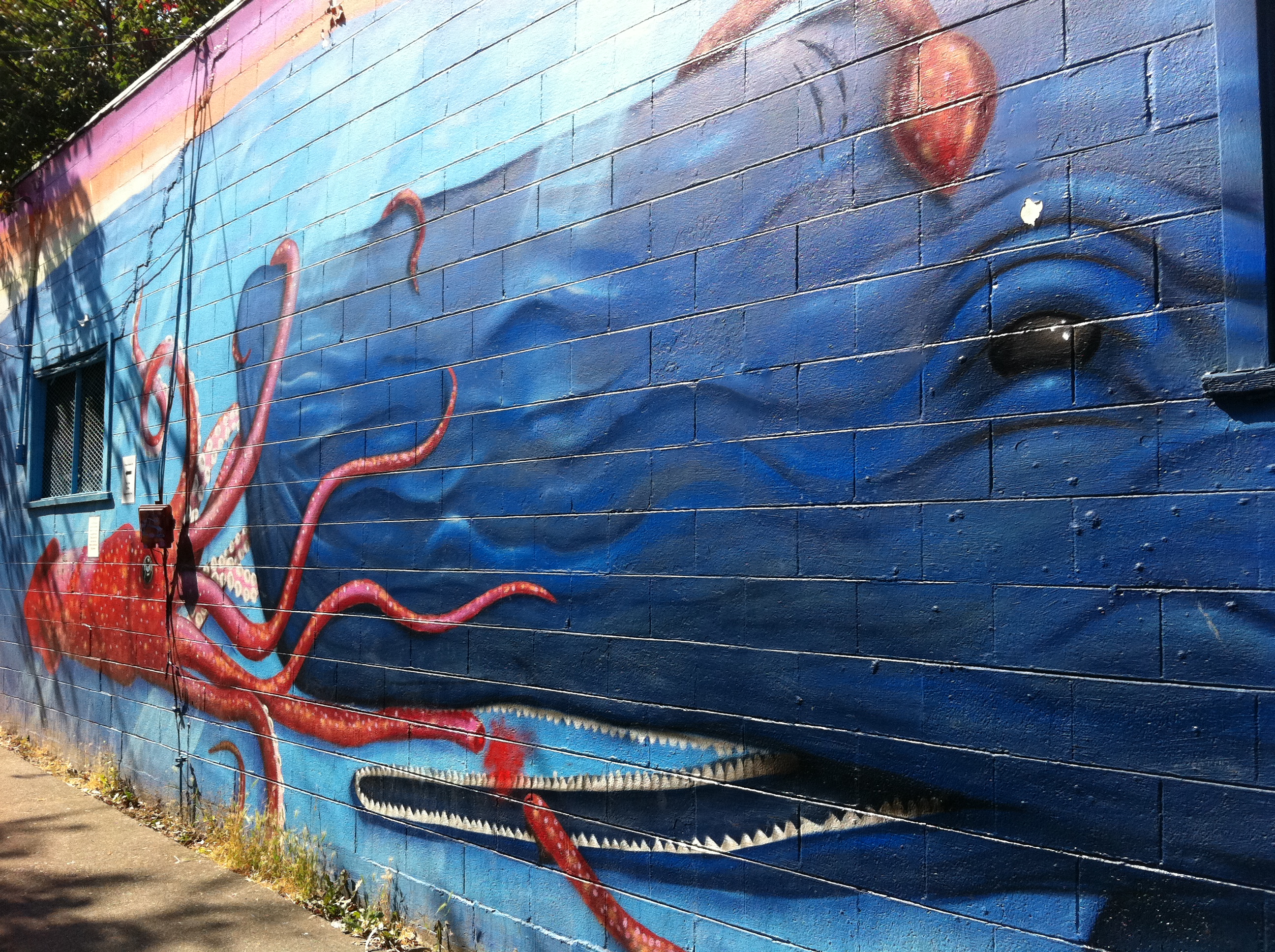 Mural in the Twilight Exit alley

Brotherton said Twilight Exit owner Stephan Mollmann (a CDN sponsor) has been very supportive of the film, allowing them access to the lounge for filming.

“Stephan is a friend to filmmakers everywhere,” said Brotherton.

The film’s writer and director, Joey Johnson, has been working on the film for a while. You can see some of his previous work at his website Daily Riots.

According to the film’s Facebook page, “‘Shadowed’ is a double-murder mystery, a scary movie fueled not by bloody gore or supernatural creatures, but by the dread we all feel when we believe someone is hiding just beyond the fire’s light.”

The “big bad guy,” as Brotherton described the role, will be played by Sean Nelson, an actor, writer and musician who has recorded and performed with a slew of bands and was lead singer of Harvey Danger. Other cast members include Conner Marx, Tara Simmons, Erwin Galan, David S. Hogan and Alison Monda.