Bruce Nourish at Seattle Transit Blog has been making the case for some changes to Metro bus routes that he claims would improve efficiency and rider experience (including changes to routes 4 and 3, which were noted in earlier posts here and here). Earlier this week, he proposed cutting the 48 in two, creating a south segment from UW to Mount Baker Station and a north segment from Loyal Heights to Bellevue Transit Center via UW.

The main advantages, he says, would be increased reliability and the potential to put the southern segment (which goes along 23rd Ave in the Central District) on electric trolley wires with relatively little extra cost.

Talk of splitting the 48 in the U-District probably began when the route was created, and has yet to stop. In general, there tends to be much more transit ridership from residential areas to urban centers, or between urban centers, rather than between residential areas. While reasonably good bidirectional demand exists throughout the route, much of the 48′s ridership is going to or from the U-District, and in that circumstance, splitting the route there has the potential to improve reliability for all riders, while forcing only a minority to make a transfer.

There’s a another good reason to split the 48: the south section already runs under trolleybus wire (used by the 4 and 43) for much of its length. Were this bus split, only about 1.5 miles of trolleybus wire would be required, between John and Cherry, and Dearborn and Plum. At the current cost of $3 million per mile for trolleybus wire, electrifying this route would probably cost less than $5 million with minimal construction risk or environmental process entailed. Along with the roughly $12 million project to move the 3/4 wire from James to Yesler, this project would be perfect for the $20 million earmarked for trolleybus expansion in the city’s $60 VLF proposal.

Riders going from the north leg of the route to the south (or vice versa) would need to transfer where the segments meet in the U District. But Nourish claims the majority of riders on the route already transfer either at Montlake or the U District, and the split would potentially open up a transit connection from North Seattle to Bellevue that does not exist today.

What do you think of this idea? Would you use the “forty-late” more if it were more reliable? Is the promise of one less diesel bus route in the neighborhood worth the lack of a one-seat ride to North Seattle?

Here’s the route today (from the Metro timetable): 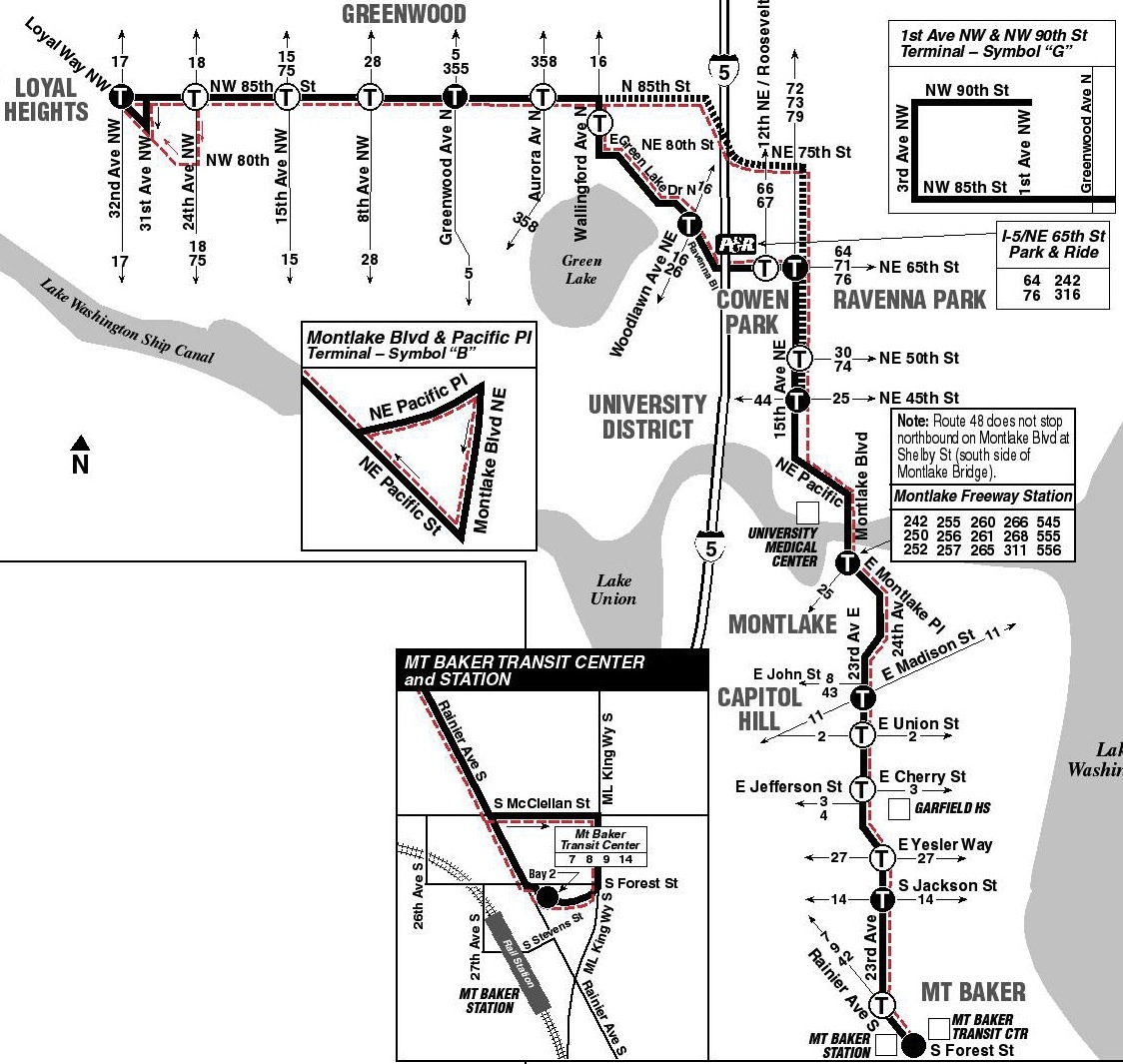 0 thoughts on “Another bus route suggestion from Seattle Transit Blog: Split the 48”