Burglars stole product estimated to be worth tens of thousands of dollars from two Madrona businesses last week, according the police report. Salon Kismet estimated the value of the stolen property at $15,000 in beauty supplies, tools, products and jewelry, while Juniper estimated their losses at $30,000 in high-end women’s clothing, accessories and jewelry. Both businesses are located on E Spring St near 34th Ave.

A witness may have spotted the suspects, who are described as white males in their mid-to-late 40s. One was 6’2″ with blonde hair, large build and wearing a sports jersey. The other was 5’9″ with brown hair and a medium build.

During a recent visit to Madrona, Mayor McGinn tweeted about the break-ins: 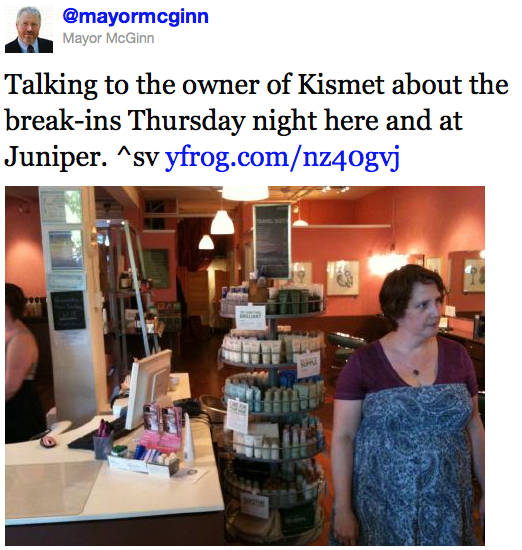 The burglars broke windows to gain entry to the businesses. Some goods from the businesses, including a bottle of Martinelli’s apple cider stolen from an employee refrigerator and boxes of unopened Aveda beauty products, were found near the bushes outside.  More details from the police report: 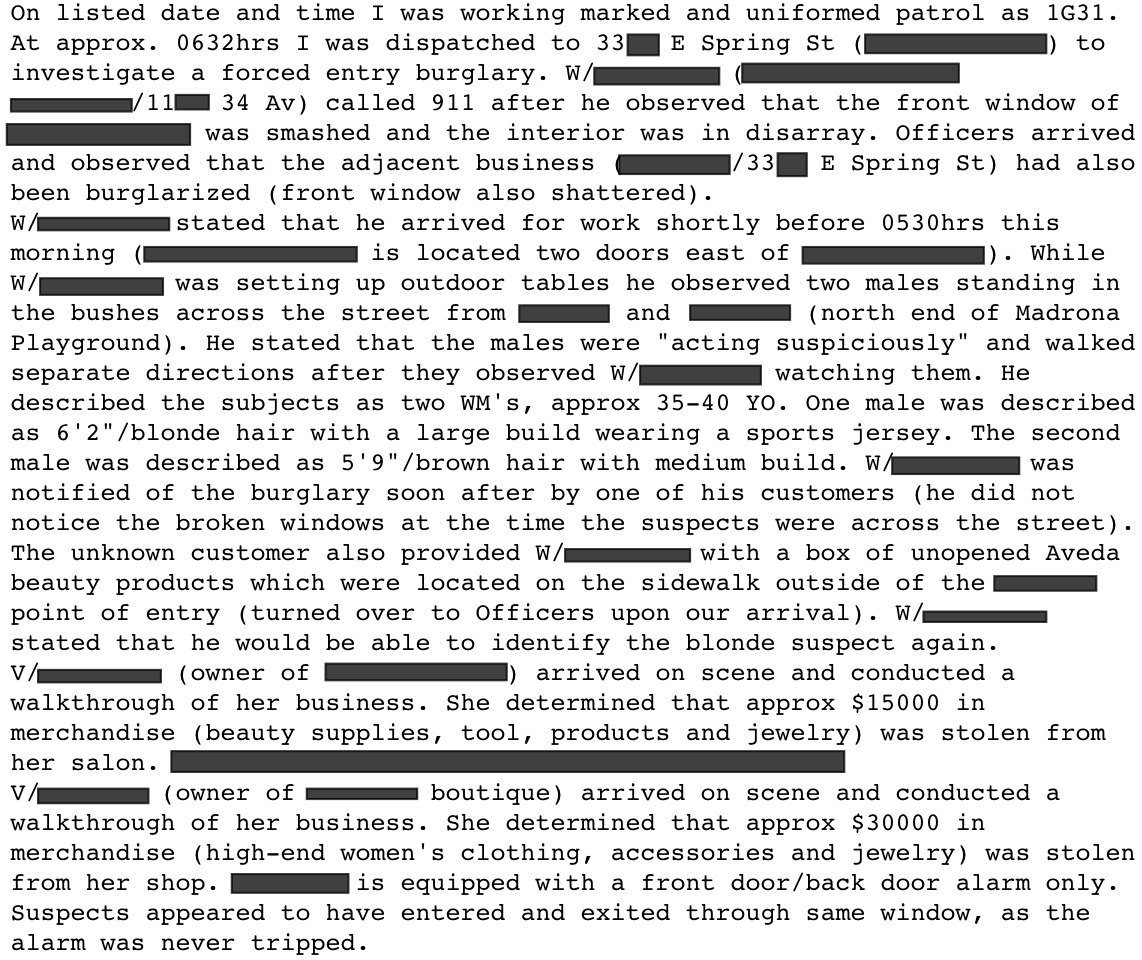