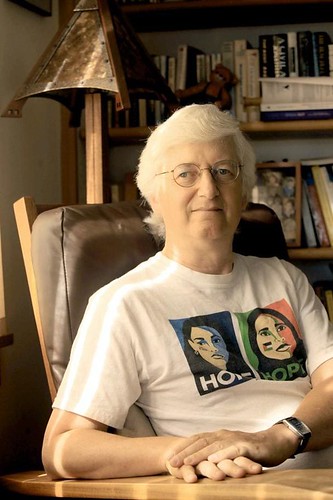 Dubbed by one Israeli TV commenter as “the WikiLeaks of Israel,” Richard Silverstein has been breaking news and publishing secret documents related to Israel and American-Israeli relations for years. And he has done it from his home in Madrona.

The Seattle Times recently profiled Silverstein and his influential blog Tikun Olam (Hebrew for “to repair the world”):

In the winter of 2009, an express-mail package containing several hundred pages of classified FBI surveillance transcripts arrived at the door of a home in Madrona. Within weeks, another similar package arrived.

The packages were sent to Richard Silverstein. By day, he is a 59-year-old stay-at-home dad, caring for three young children and a lazy golden lab, with a game of Hungry Hungry Hippos in the living room and bikes cluttering the porch.

By night, he is a sharp-elbowed journalist, writing an influential blog about Israeli security issues that inflames the left and right alike. His posts, pounded out in this basement office cluttered with utility bills and world music CDs, rank Silverstein’s in the top 20 among world politics blogs.

The arrival of the packages began a strange, two-year journey as he became entangled in an international espionage case and watched his source, an FBI translator, go to federal prison for leaking him documents. Silverstein was questioned by authorities last year in Seattle, but says he destroyed all copies of the leaked documents.