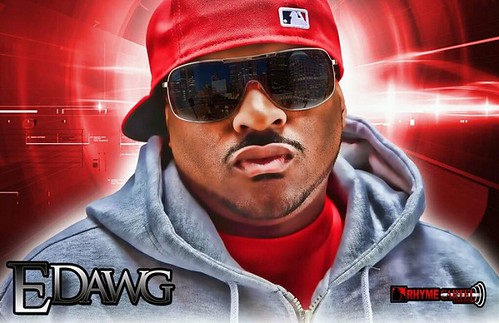 Seattle, WA [081511] – Seattle-based Hip-Hop artist and entrepreneur E-Dawg has been involved with the national and regional Hip-Hop industry since the early 1990s.  One thing he has noticed is the decrease in exposure and airtime offered by radio to independent artists.  “There are not enough outlets for emerging artists to access the airwaves, so I wanted to be part of the solution to that”, says E-Dawg from his Seattle office.

As part of his solution, E-Dawg began with The Northwest Highlight Show on KKNW 1150 AM in Seattle and has extended his hand further by recently launching his new program, E’s Way.  “E’s Way is an outlet for independent music, but also a forum for me to express my thoughts with more than two decades in the music industry and also to invite guests and listeners to get in on the conversation”, explains E-Dawg.  E-Dawg was at one point in Hip-Hop’s history a focal point of the conversation having spawned the mid-‘90s hit, “Drop Top” on Sir Mix-A-Lot’s, Rhyme Cartel imprint.  Today, E-Dawg and ‘Mix’ are back in business as they are partnering in the production and development of the show with plans for expansion and possible syndication based on listener demand.

E’s Way airs Sunday evenings on KKNW 1150 AM in the Seattle-Metro area with an online simulcast at www.1150kknw.com from 6-8 PM (PST) and the program is recorded and re-distributed online via E-Dawg’s Facebook site.

For more information and inquiries, contact Joleen Sims at 206-550-3150 or [email protected]