The city’s developing Transit Master Plan (TMP) calls for several priority corridor improvements, including a rapid electric bus line on Madison from Colman Dock downtown to 23rd Ave, according to a presentation to the City Council. A proposed increase in the city’s vehicle license fee (VLF) could provide some funding of the TMP while also funding street repairs and the pedestrian, bicycle and (future) freight master plans.

However, the size of that increase is up in the air. The Transportation Benefits District Board (comprised of all the City Council members) is set to send a proposal to voters today, but it is unclear whether the the Council will request the full $80 allowed (which I argued for over at Seattle Bike Blog) or a lower amount, likely $60. The Board has already instituted a $20 fee, which was the highest they could without voter approval. Any proposed increase in the fee would go to voters in November. 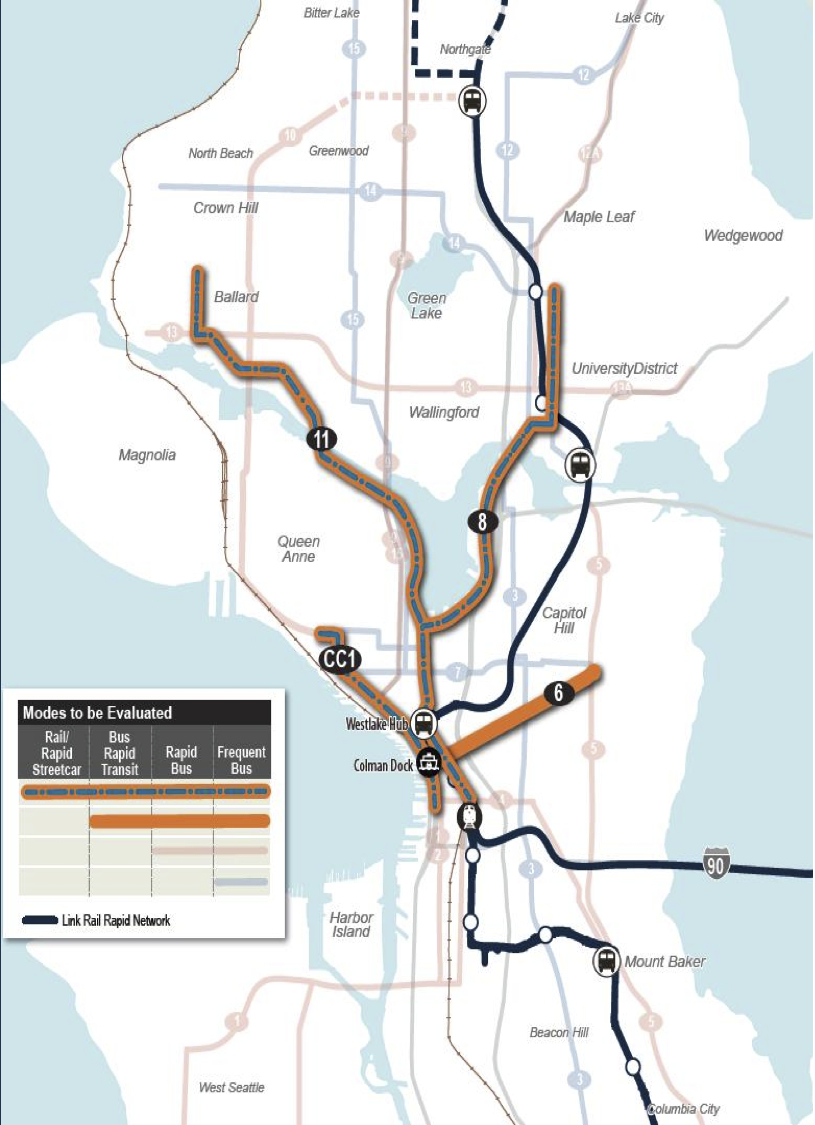 From an SDOT presentation to the City Council

The Transit Master Plan is still being developed, but updates to the City Council show that the plan will call for many city-wide transit improvements, including an electric Bus Rapid Transit line on Madison from Colman Dock downtown to 23rd Ave. In a July update to the City Council, SDOT presented concepts from the Transit Master Plan for several high-priority corridors, including a Streetcar route from downtown to Ballard via Fremont, a streetcar from downtown to the University District and the Madison bus improvements.

A streetcar was deemed unfeasible on Madison, according to the presentation. With the planned corridor improvements in place, the plan anticipates over 6,000 new riders on the corridor. 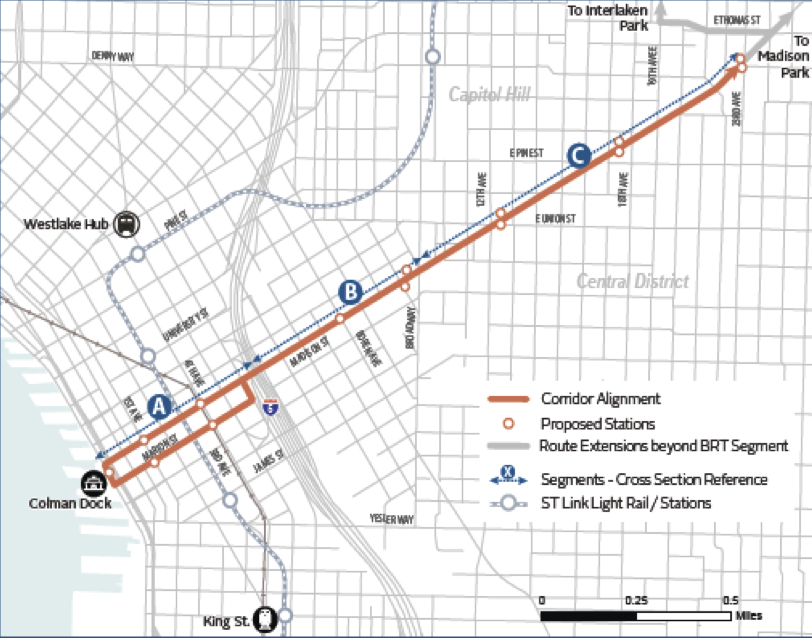 Some of the funds from the VLF — if the Council proposes it and voters approve it in November — would likely go to extending the First Hill Streetcar beyond it’s planned terminus at the under-construction Capitol Hill light rail station, according to Seattle Transit Blog’s Martin Duke, who is also on the Transit Master Plan Advisory Committee. Construction on the First Hill Streetcar is set to start in January, but there has been a push to extend the line to north Broadway, perhaps to Aloha.

The funds could also be used to build a connector streetcar extension through downtown to connect the South Lake Union and First Hill Streetcars. However, Seattle Transit Blog notes that there would not be enough money to build either project outright with the current planned funding breakdown and a more politically-friendly $60 fee. The funds could help with design and help find the projects matching grants while adding some of that match.

Meanwhile, the King County Council passed the $20 county-wide vehicle license fee Monday evening to prevent large cuts to Metro service. It was not a smooth process, though, with the council going into several extended recesses before the final vote. The fee passed 7-2 and will not need to go to the ballot for a public vote.