Blocks around the neighborhood closed their streets to traffic yesterday evening for to throw block parties for National Night Out. Here are a few photos from around the neighborhood. If you took some, add your own photos in the comments below (and be sure to add them to the Central District Flickr pool, too). 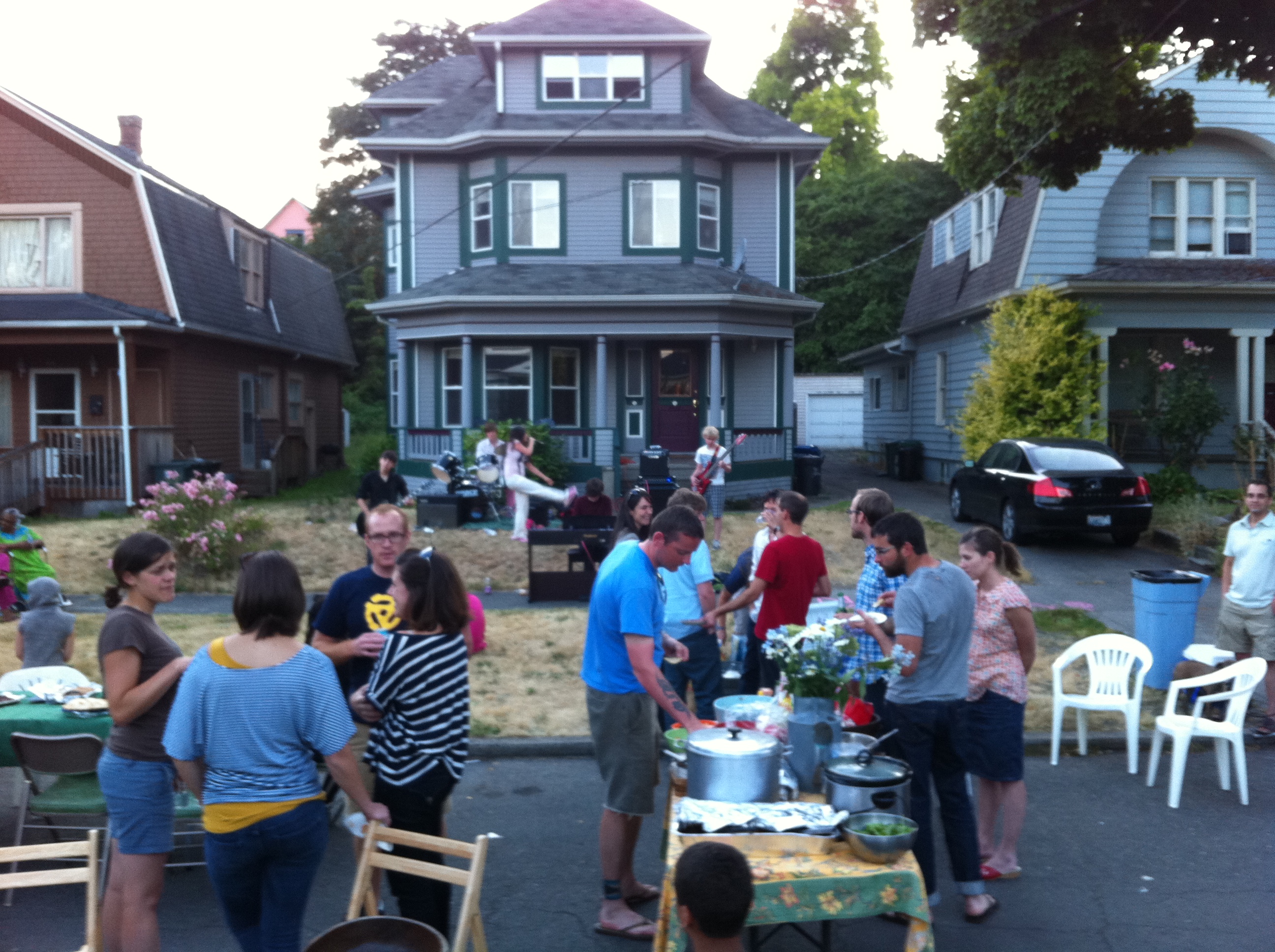 The Pink Pajamas rocked the 900 block of 20th Ave (near CDN headquarters). 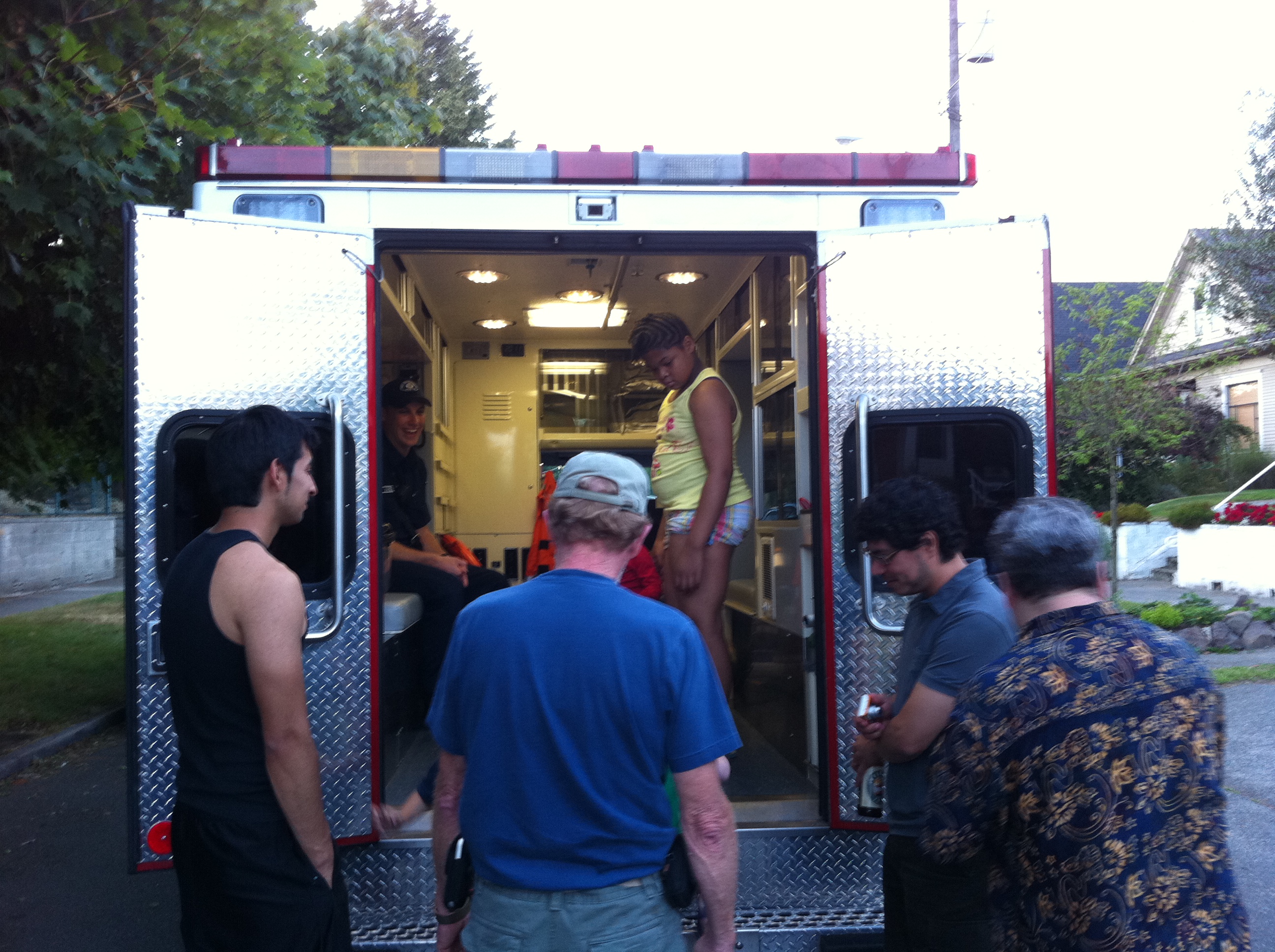 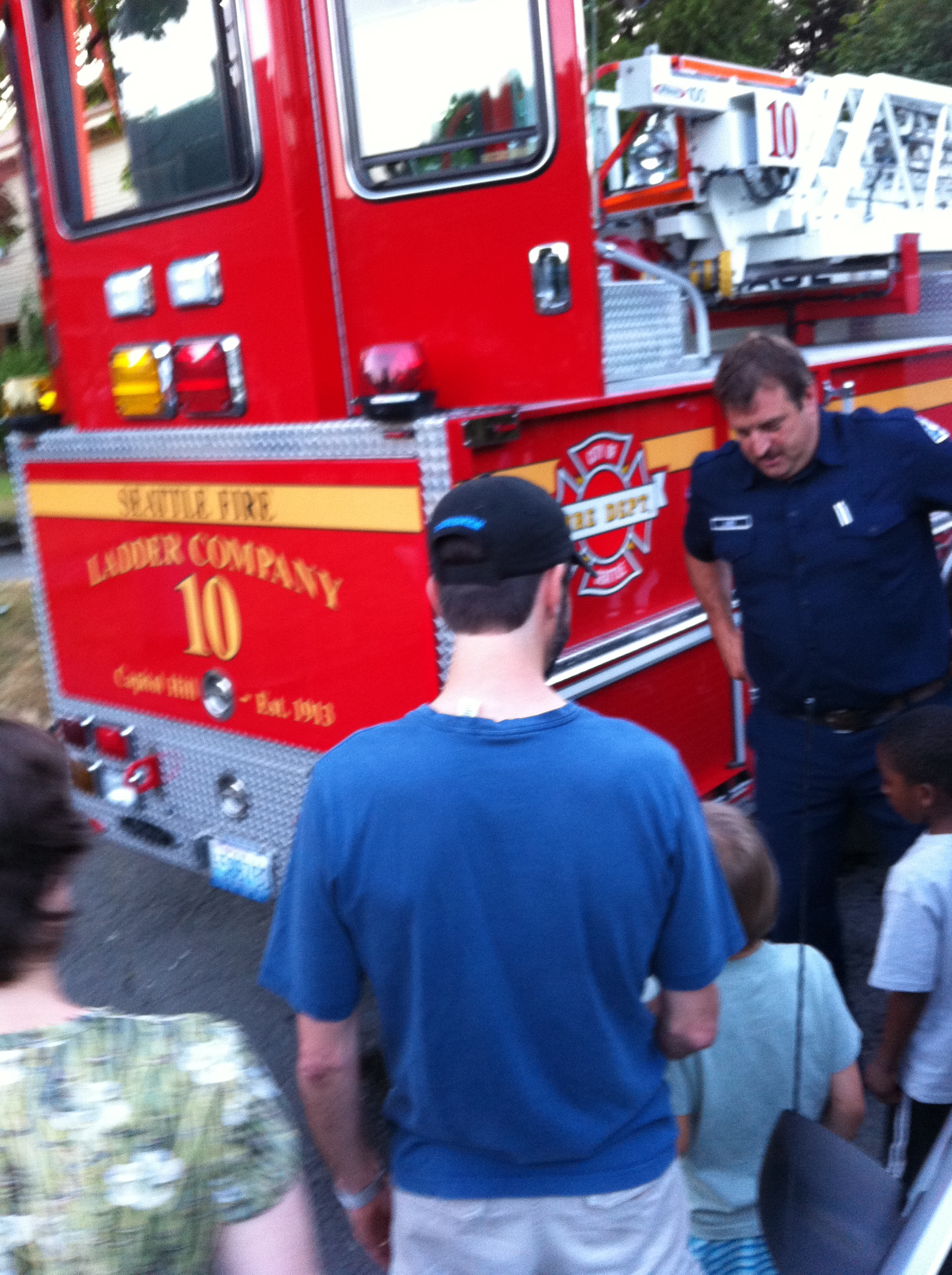 SFD was making the rounds, letting people climb around on a fire engine and check out an ambulance. 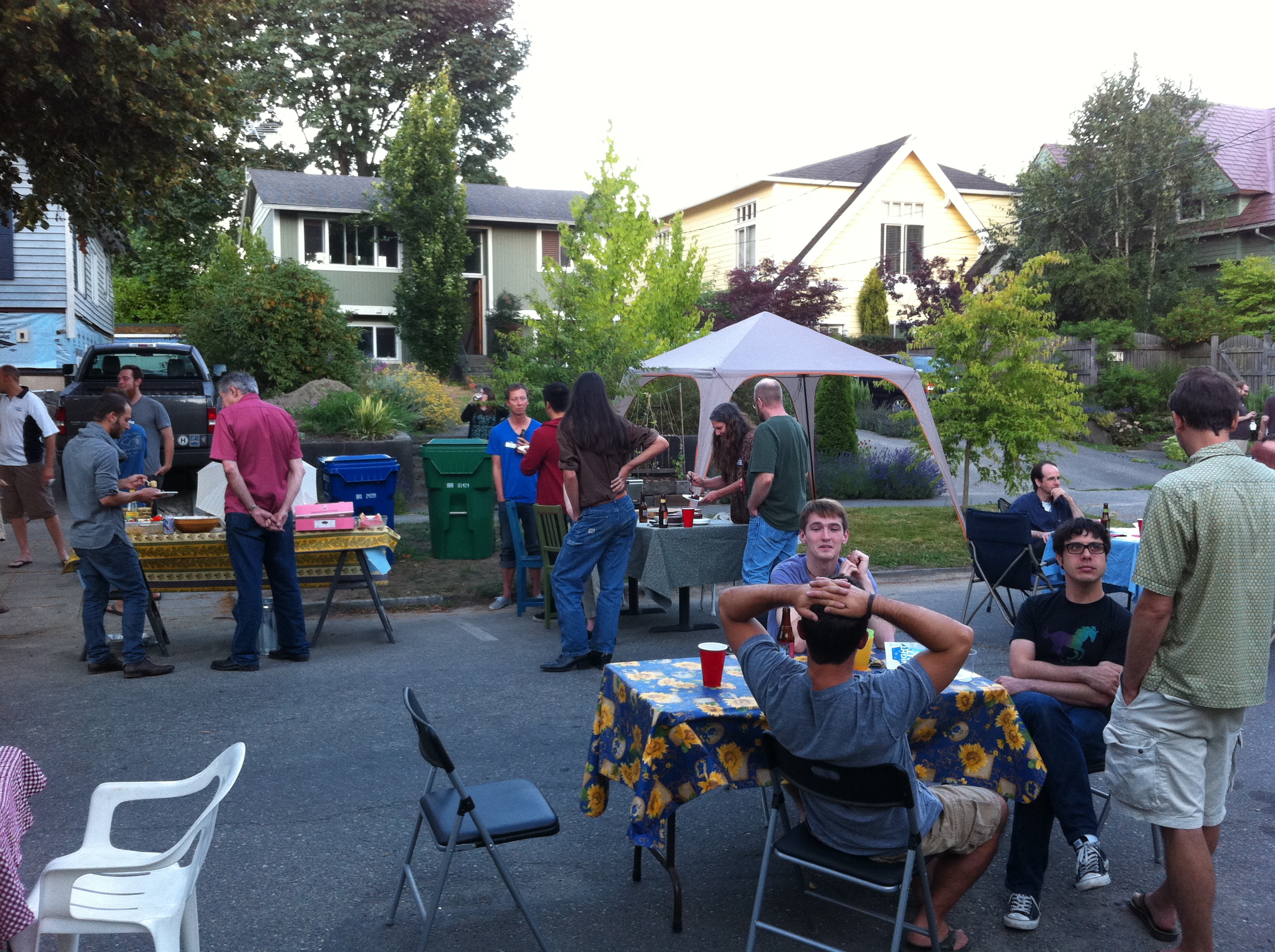 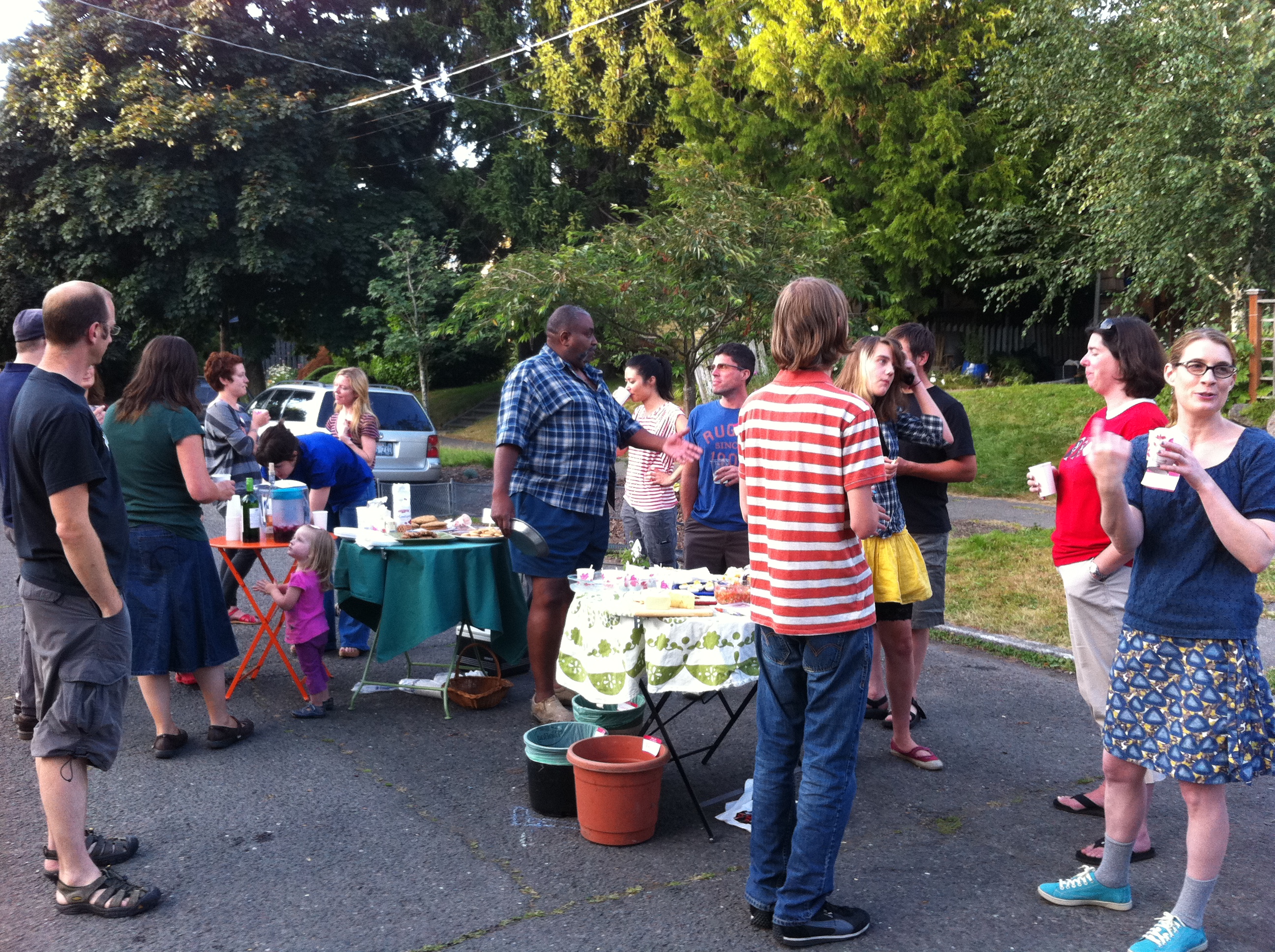 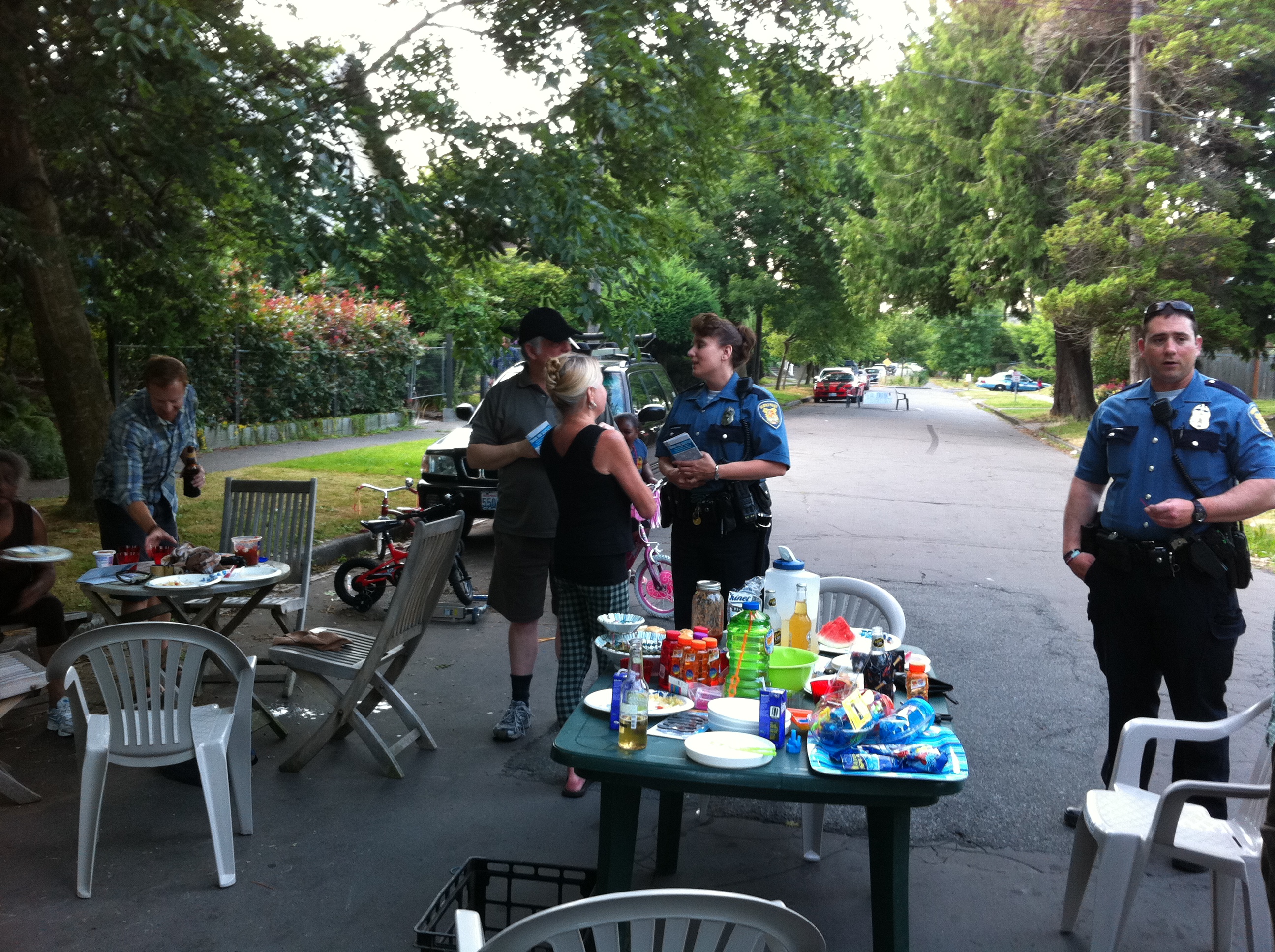 @burstdown shared the following photo from 18th and Weller via Twitter. That’s a lot of marimba: 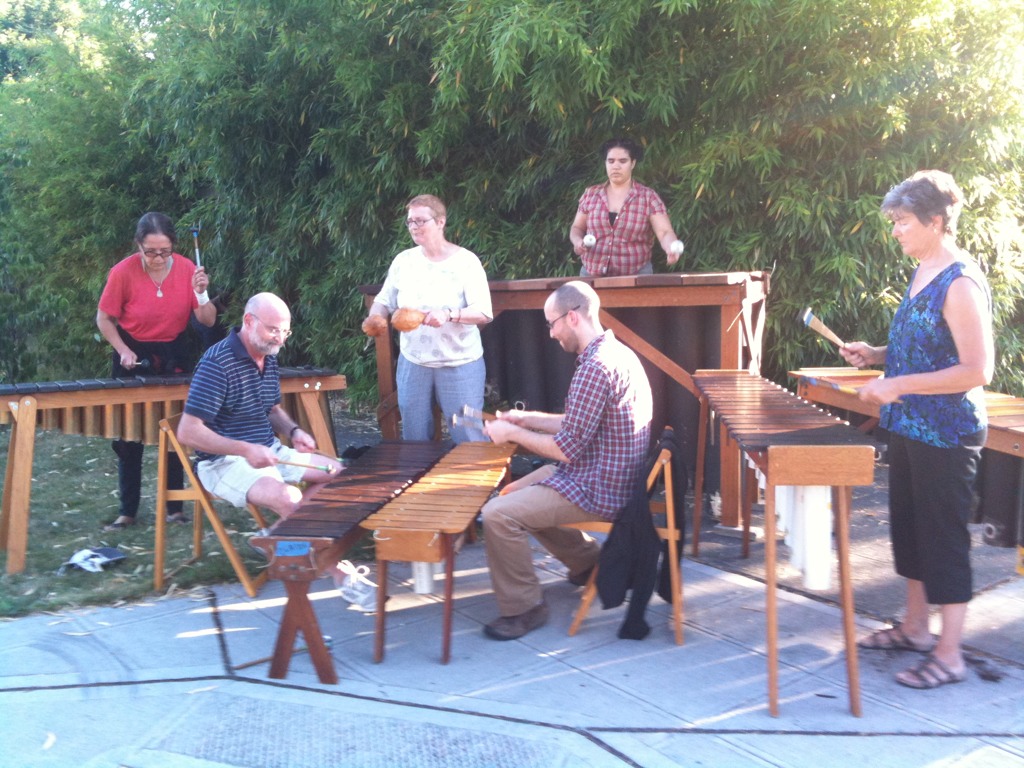 Then there’s this unlucky guy at 21st and Jefferson, via b0ysk0ut: 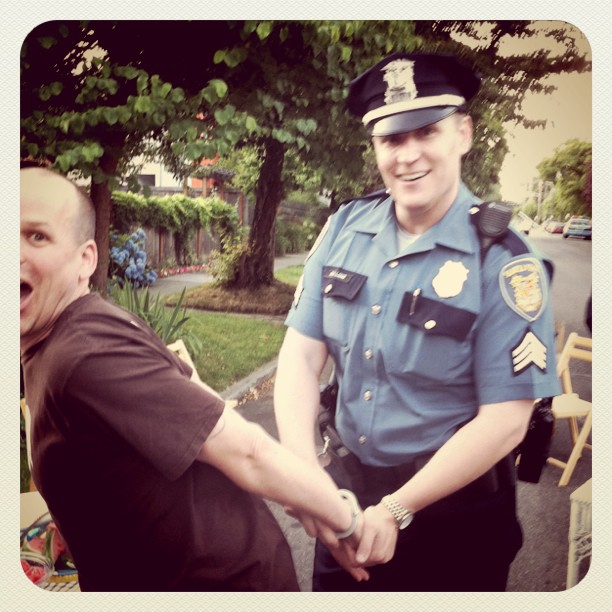 0 thoughts on “CDN Pics: Night Out 2011 in the Central District”