The Northwest African American Museum is hosting an exhibit from the Smithsonian Institute called IndiVisible: African-Native American Lives in the Americas. The exhibit, which opens August 20 at the 23rd and Massachusetts museum, looks at the often overlapping and shared histories of people with both African and Native American ancestry. 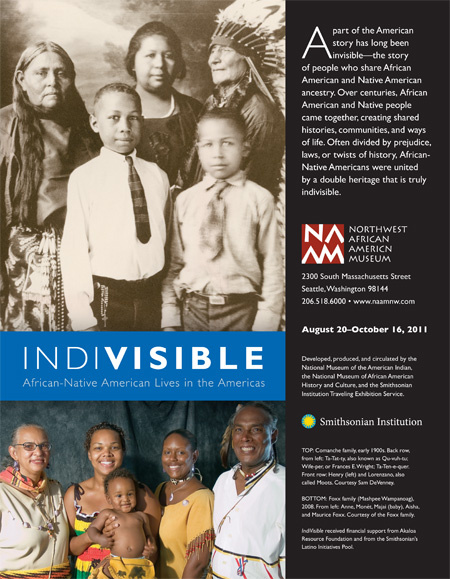 From the Smithsonian comes an important and enlightening exhibition about the intersection of American Indian and African American people and cultures. IndiVisible: African-Native American Lives in the Americas explores historical and contemporary stories of peoples and communities whose shared histories are woven into the fabric of American identity, but whose presence has long been invisible to many in the U.S.