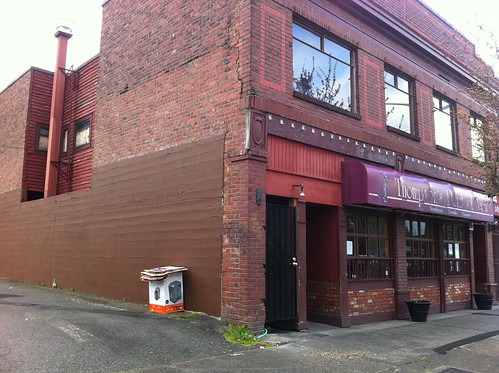 23rd Avenue is about to get several more pieces of public art as students and artists collaborate to create the Corridor of Peace. Planners hope to celebrate the project installation by encouraging people to come out July 9 to form a line of people holding hands all the way from Union to Jackson.

Three projects will be installed between the two streets as a way to help “clean up the neighborhood and make it free of drugs and violence,” said Randy Beaulieu, Central Seattle Drug Free Communities Coordinator for Seattle Public Schools. One project will be at the site of the old Pratt mural at 23rd and Union, one will be near Coyote Central’s new location at 23rd and Cherry, and one will be near 23rd and Jackson.

“We had to find a way to collaborate with kids that had a theme everyone would be on board with,” he said. The project is also an opportunity for youth to learn more about the history of their neighborhoods.

“We wanted to share each place’s history through art,” said Beaulieu. “They can take ownership of their community.”

The project installations will occur July 9, and planners hope to get 1,700 people to come out for the celebration and hold hands from Union to Jackson. The hand holding will start at 10:30 a.m. with lines beginning at Jackson and Union, each heading toward Cherry.