A group of four teens robbed a man at gunpoint around 1 a.m. July 14 near 25th and Spring, according to the police report. The man told police he was selling off some of his musical equipment so he could afford a trip back east to visit his home, so he had a large sum of cash on him when he was robbed. 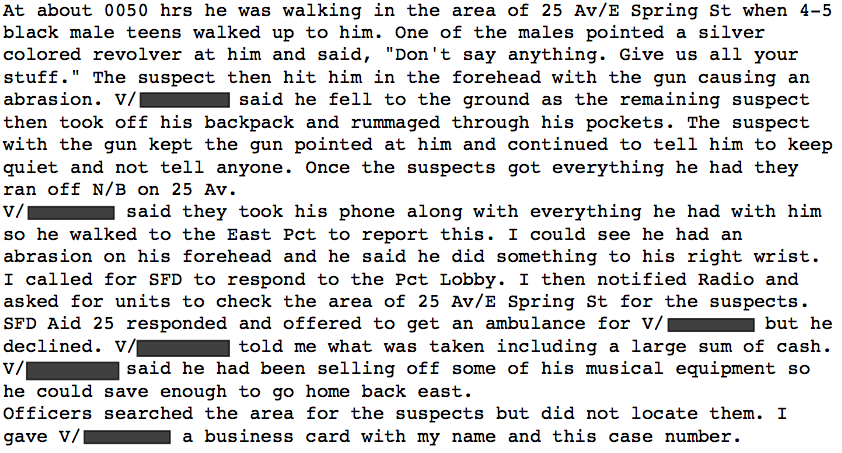 Meanwhile, reader jp33 posted about a couple days ago about a handful of morning armed robberies just south of I-90 so far this month.