The Central District’s passion for music is getting a lot of public art love these days. Following the opening of the Jackson Street Music History Project near 21st Ave, a new mural honoring area jazz teachers has been installed in the window of a building near 17th Ave as part of the Corridor of Peace project. 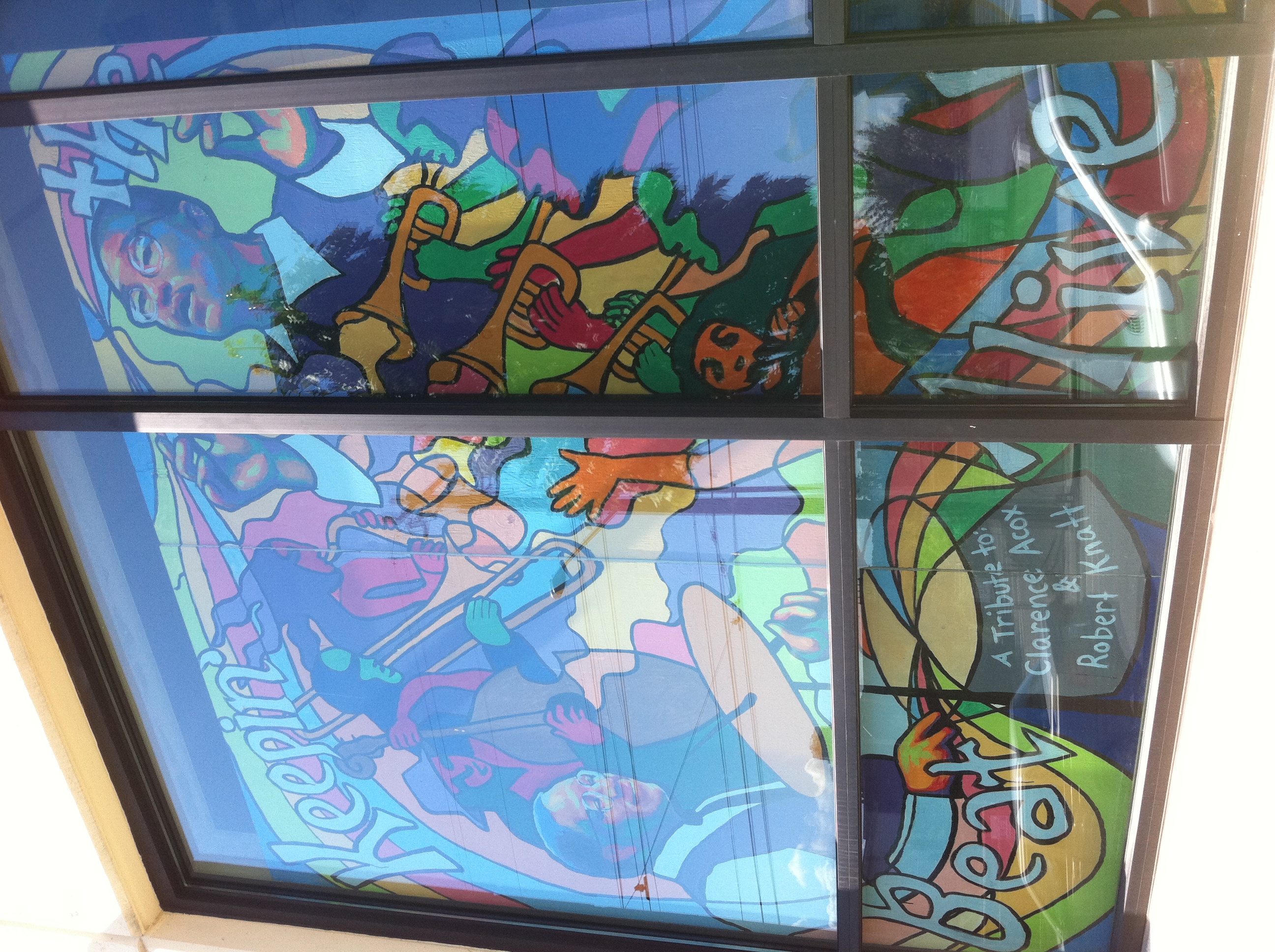 While not exactly on 23rd Ave, the mural was created in collaboration with students from Washington Middle School to honor Washington’s Robert Knatt and Garfield’s Clarence Acox for their influence on youth in the community as jazz teachers. It is housed next to Cheeky Cafe inside a vacant space leased by the Central Area Development Association (CADA).

The first mural in the Corridor of Peace was installed earlier this week at 23rd and Union. The final piece, created in collaboration with students from Garfield, is finished and waiting at Coyote Central before being installed somewhere near 23rd and Cherry.

The Corridor of Peace project is intended to be a way to help “clean up the neighborhood and make it free of drugs and violence,” according to project organizer Randy Beaulieu, Central Seattle Drug Free Communities Coordinator for Seattle Public Schools. Each mural has been painted on plywood and are collaborations with youth who attend school near the mural site.