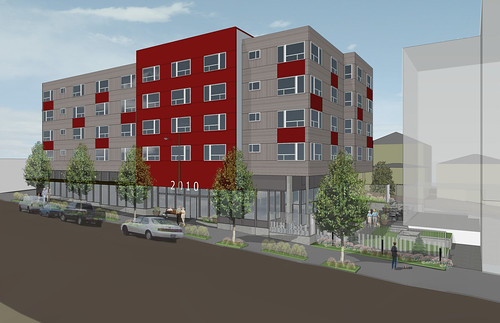 Construction on the Low Income Housing Institute‘s planned senior housing project near 20th and Jackson could start mid-August, according to LIHI’s Karen Anderson-Bittenbender. If all goes smoothly, the doors of the five-story building could open next fall.

Of the 60 or more seniors that will live in the building — designed by Runberg Architecture Group — 75 percent will be homeless people 55 years or older. The other 25 percent will be people 55 and up with incomes at or below 40 percent of the median income. For a person living alone, that means making less than $24,000 a year.

“Our goal is that the seniors will get a hold of issues and are no longer homeless,” said Anderson-Bittenbender. ” Our goal is to keep them healthy mentally as well as physically.”

Sound Mental Health will be in the building to offer services to residents, and the building will have a resident manager. There will also be a computer room, a classroom/community room and an exercise area. Outside, the sidewalk on Jackson will be widened and they will create a showcase on 20th Ave to display artwork from the nearby Pratt Fine Arts Center. There will also be garden space north of the building between it and phase two of their plans for the property — a workforce housing project at 21st and Jackson, which is still in and early search for funding.

While LIHI searches for funding to secure the second phase project rolling, they have donated that space to house the Jackson Street Music History Project. 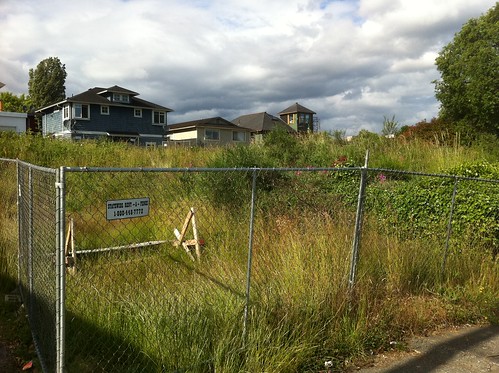