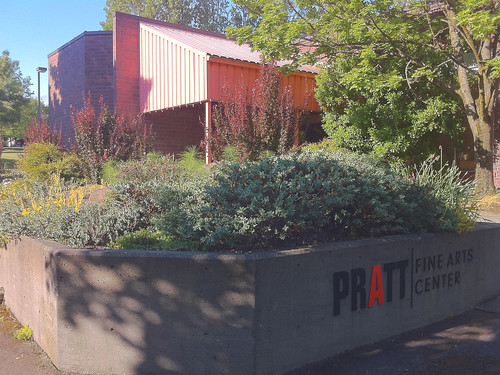 Earlier this month Mayor McGinn announced the recipients of the ninth annual Mayor’s Arts Awards, as selected by the Seattle Arts Commission.  What stands out about this year’s winners is their commitment to making a difference in our community through the arts.  “They engage our youth, connect different cultures, give artists a place to grow and create access for all people to participate in the arts and tap their own creativity,” said Mayor McGinn.

While the above description was intended to encompass all the Arts Awards winners, the qualities McGinn mentioned could be used solely to describe Pratt Fine Arts Center, which was one of six artists or arts organizations selected from a pool of 300 as this year’s winners. Many Central District residents recognize the Pratt Fine Arts Center logo and walk or drive by the organization’s studios near Pratt Park on a daily basis, but how familiar is our neighborhood with this groundbreaking arts organization sitting in its own back yard?

“You’d be surprised how many people don’t know about us,” said Jeanne Ferraro, who has practiced and taught art at Pratt since the mid-1990’s.

Pratt Park and community center were named after Edwin T. Pratt, a Central District community leader and director of the Seattle Urban League during the Civil Rights movement of the 1960’s.  In 1969 Pratt was assassinated in his home, a crushing blow to the Central District community.  Pratt Fine Arts Center was founded in 1976 by the City of Seattle’s Parks and Recreation Department to provide visual arts training to residents of the Central District. In 1982 the arts organization was established as an independent 501(c)3 nonprofit.  Besides offering art classes to the community, Pratt also rents out its numerous studios and allows students and artists to use specialized art equipment and machinery they might not have access to otherwise.

Today the Pratt Fine Arts Center mission is clear – to make art approachable and accessible to everyone. And they mean everyone. Scholarships, work study and tuition assistance programs are all in place to keep the studio doors open to students and artists of every background, experience level and financial situation.

Julie Custer, Development and Marketing Associate at Pratt, said that about 50 percent of the organization’s working budget comes from tuition paid for classes and studio rentals.  Besides renting out studios to artists who need a dedicated space and equipment to hone their craft, Pratt also rents out their studios for team building events for businesses or art-inspired social events for other organizations and individuals. The rest of Pratt’s budget is pieced together through grant writing and individual donors called members, contributing annually at different levels.

“In some ways it’s better to be supported by a larger pool of people, rather than be dependent on one or two big donors or grants,” Custer explained. Over 3,500 students attended Pratt last year, taking dozens of classes, including drawing and painting, printmaking, sculpture, hot and warm glass, and jewelry and metalsmithing. There are also mixed media classes involving all of the above.

Pratt offers youth and teen workshops and classes throughout the year, and through Pratt’s special ARTSpark Program students in grades K-12 are able to experiment with a variety of media through a partnership with The Seattle Urban League, Chinese Information and Service Center, and neighboring Washington Middle School.

“They do drawing and [screen] printing, and they also end up doing some glass too,” said Custer. “It’s been a really great way to get kids from the community here but also to give something back to them because a lot of times they don’t have the chance to just focus and be creative.” 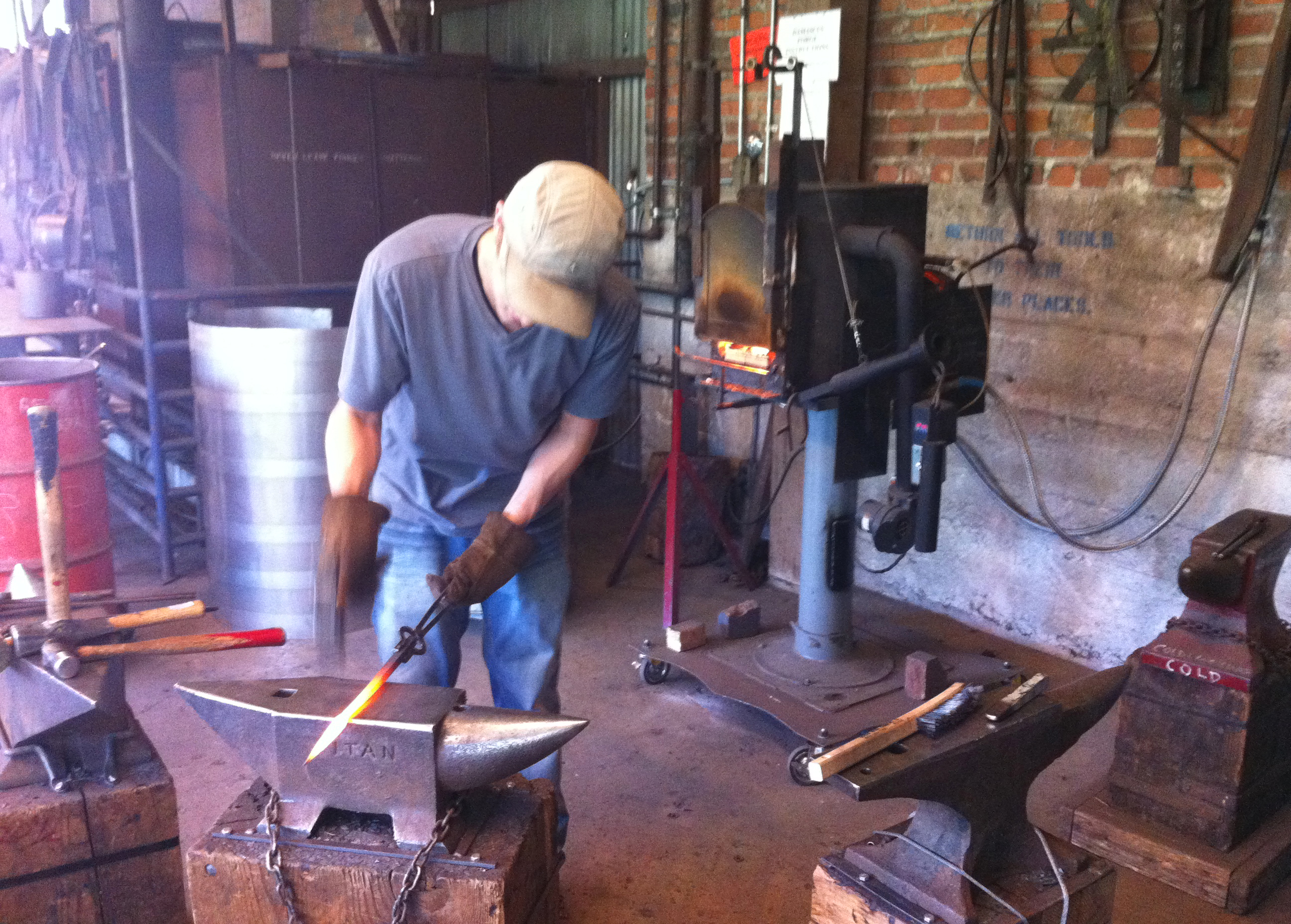 In the metal sculpting and forgery studio, Matthew Nelson was noisily hammering a pointed rod of red-hot metal against an anvil. 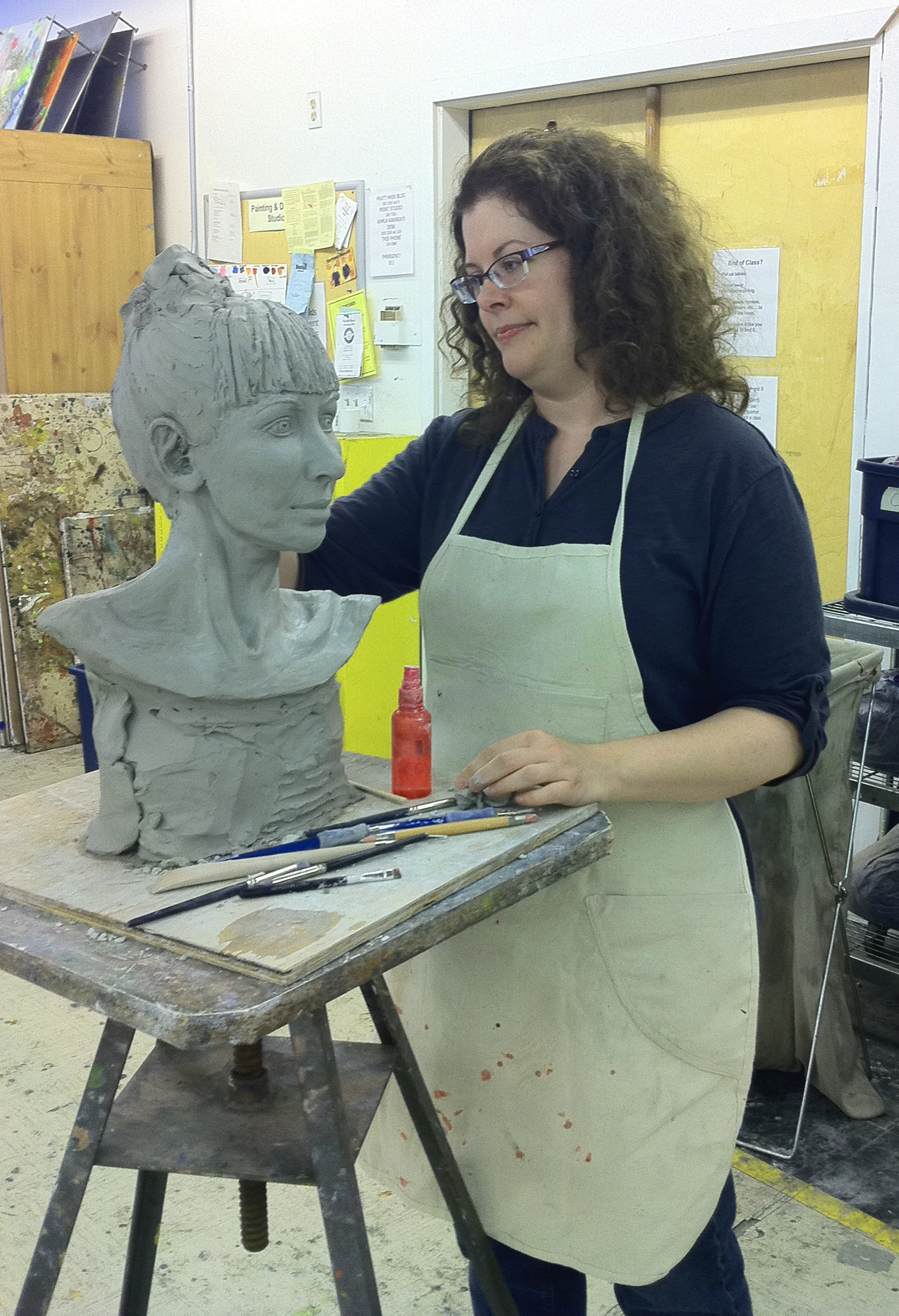 In the drawing and painting studio Laura Camp was smoothing the clay face of her latest sculpture.  After decades of telling herself she couldn’t draw, Camp “stumbled on Pratt,” she said, and started taking classes; she is now taking her fifth sculpture class taught by Jeanne Ferraro.  Camp says she has taken classes at other Seattle arts organizations, but her experience at Pratt has been that the teachers truly encourage each student to discover and develop their own style. 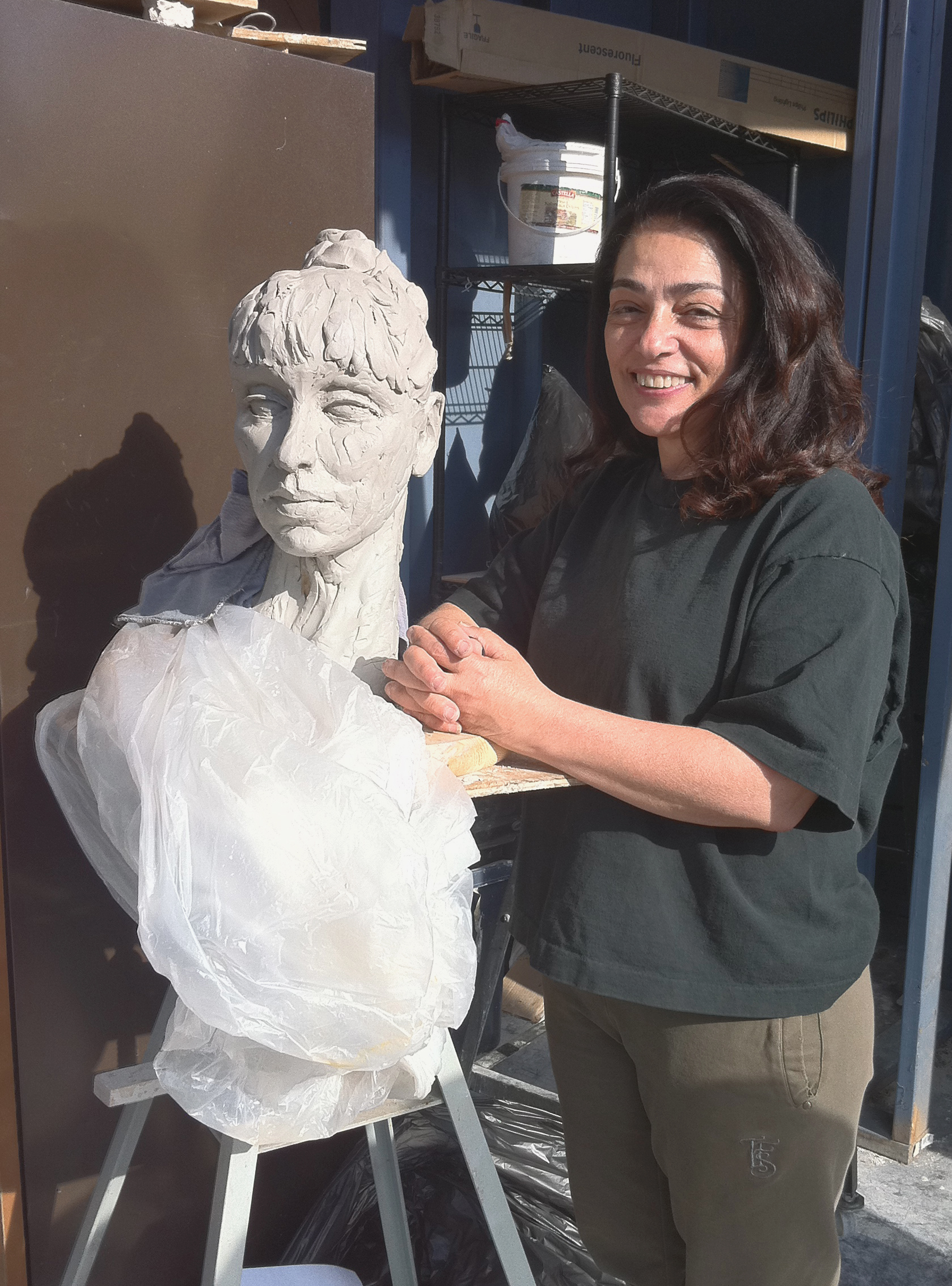 Outside the studio under a covered work area, Ferraro peels layers of plastic to reveal her unfinished version of the same model that Camp was sculpting inside.

“I try to do a piece to demo it and I also work on it because I have this philosophy of keeping my hands off their work so it doesn’t end up being mine, so I hardly ever get my work finished,” she admitted.

“Too often the teachers get their hands on it,” she explained, and then the work loses the original artist’s touch, and the student loses a chance to develop his or her own skills. By creating her own version of the assignment, Ferraro can show her students different techniques on her own sculpture rather than adjusting the students’ work.

“It’s a tricky bit to be able to let them develop on their own and have their own voice and not take it away, because then, what’s the point?” Ferraro asks.

For Ferraro, a Central District resident, the importance of arts education is as simple as Pratt’s mission statement: bring art to the community and make it accessible and approachable. For some what makes it accessible is financial aid or scholarships; for others it’s wheelchair accessibility and special accommodations for disabled artists or students with special needs.

Pratt Fine Arts Center has special events running year round.  On July 15th a special exhibit of garden art created by Pratt artists will be unveiled at Swanson’s Nursery.  An event is being held that evening and tickets are available on the Pratt website. November 12th is their annual Open House, which serves as an opportunity for the surrounding community to come inside the studios and see and experience metal working, sculpture, pouring bronze into a crucible, glass blowing, screenprinting and much more.  Families are welcome and there will be special activities for children. More information about special events and summer classes can be found on their website, www.pratt.org.

“Where else could an artist who is a beginner, taking his first class, work side by side in a studio with a professional artist, someone who’s won a Fulbright to go study abroad?” Ferraro challenged.  Thankfully for Central District residents, we don’t have to look beyond our own neighborhood.