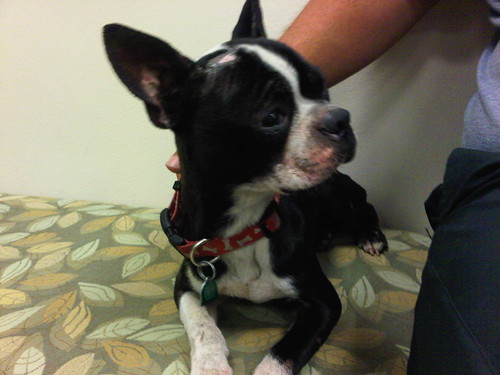 HUGE thank you goes out to the CDNews and our Central District community.  Louis was found yesterday evening!

A homeless man called us around 5:30pm saying that he thinks he found Lou.  We were skeptical because we’ve received several scammers and false sightings, but we had to follow up on every lead, no matter how far-fetched it sounded.  The man was sincere and straightforward, and he led us to a wooded area along I-5 near Dearborn.  We hiked up a steep embankment, and he pointed our a dog under a tree on a woolen shelter blanket.  We immediately knew it was Louis from the white stripe along his neck, but he was so weak that he could barely muster enough energy to get up to meet us.

He immediately went limp in our arms like a ragdoll, and we rushed to the emergency vet.  He lost about 30% of his body weight and looks like a sheet was thrown over an anatomical skeleton.  He has a bunch of scrapes and scarring along his forehead, legs, and shoulders, and an eye infection.  Prognosis is good, though — slowly reintroduce him to food and water, and some antibiotics for the eye.  He should have a full recovery and slowly grow some hair back.

Thank you all for your help in spreading the word and keeping an eye out for our little buddy.  We are overwhelmingly happy and are so grateful for the outpouring of support from strangers, friends, and family alike.  Thank you again.

With our deepest thanks and appreciation, 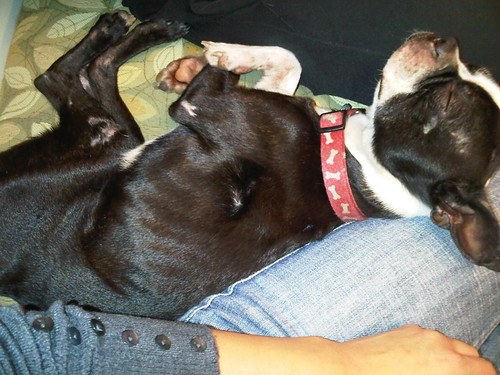 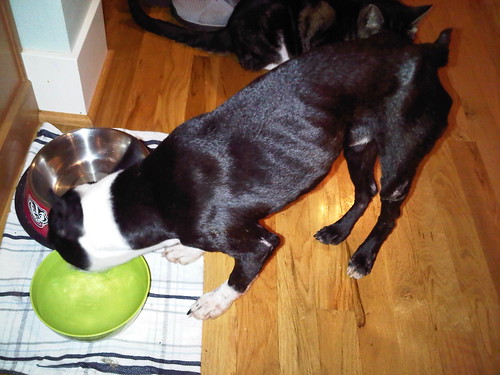