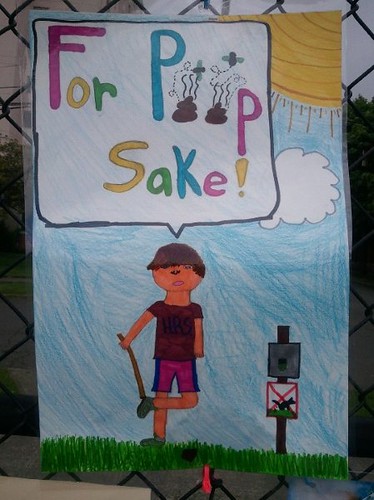 Have you ever faced a larger community issue and wanted to do something about it? Well, the students at Hamlin Robinson School did!

T.T. Minor Playfield, the park neighboring HRS, is home to many wonderful community activities including the school’s Ultimate Frisbee team practices, running, catch and dog walking. However, as you come onto the field, you might find something you didn’t want to find – dog waste. This has been a neighborhood concern for many for quite a long time – so HRS 6th graders took notice and acted!

They recently kicked off a campaign to encourage the neighboring community to scoop-up their dog’s waste. The students created a plan, called STEP:

This campaign first started earlier in the year when the 6th graders complained about stepping in dog waste. In response to this, the students wrote persuasive letters to the Seattle Parks Department asking if they would be willing to install a dog bag dispenser. A representative came to the class and read each letter explaining why individual students letters were impactful. Then, agreed to install the dispenser. The students discussed having a voice with a choice: to be heard you need to choose to approach the problem in a manner that both parties win.

Then 6th graders passed the torch to the 7th graders asking them to create enthusiasm within the school and the community spirit to change dog owners behavior. The 7th graders formed task groups: one was to collect bags, another was to promote the concept with the neighborhood, and another group was to educate the neighbors by making flyers.

The students decided to have a poster contest in which 60 posters were collected, winners were chosen and all the posters were displayed on the fence surrounding the playfield creating a powerful reminder. They also included a poster with 10 reasons to scoop-up dog waste listed. The students hope that their campaign will raise awareness and create a better place for the whole community.

Now that’s nothing to bark about! 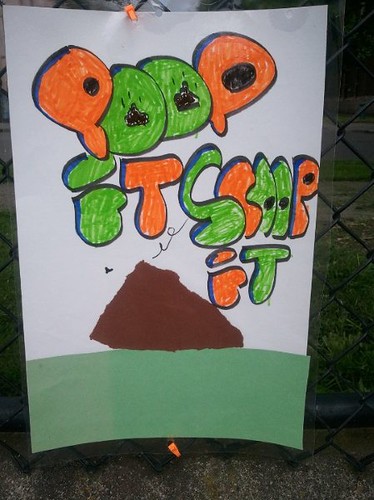 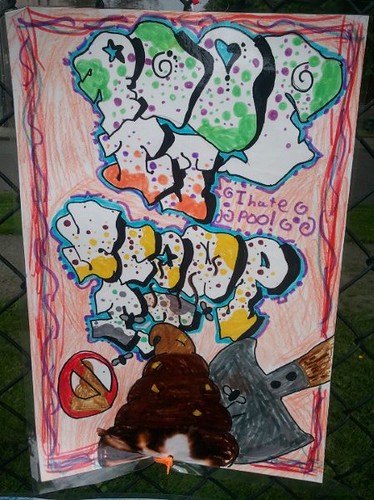 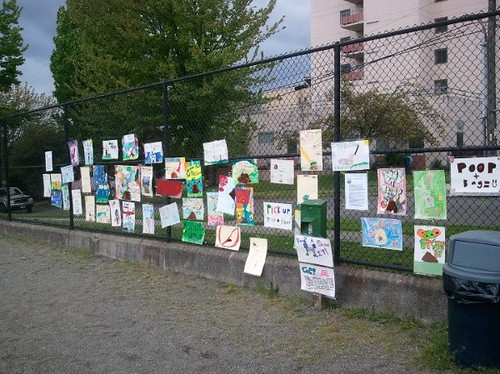