SPD got pwned on MLK and Jackson this week.

The SPD Blotter put it this way:

On 6/13/11, at 9:45 p.m., a community member reported anti police graffiti in the area of M.L.King Way S and S. Jackson St. Officers were dispatched to the location and located the graffiti on an empty building in the 2600 block of S. Jackson.

However, a careful reading of the vacant building literature reveals some more key suspect details: 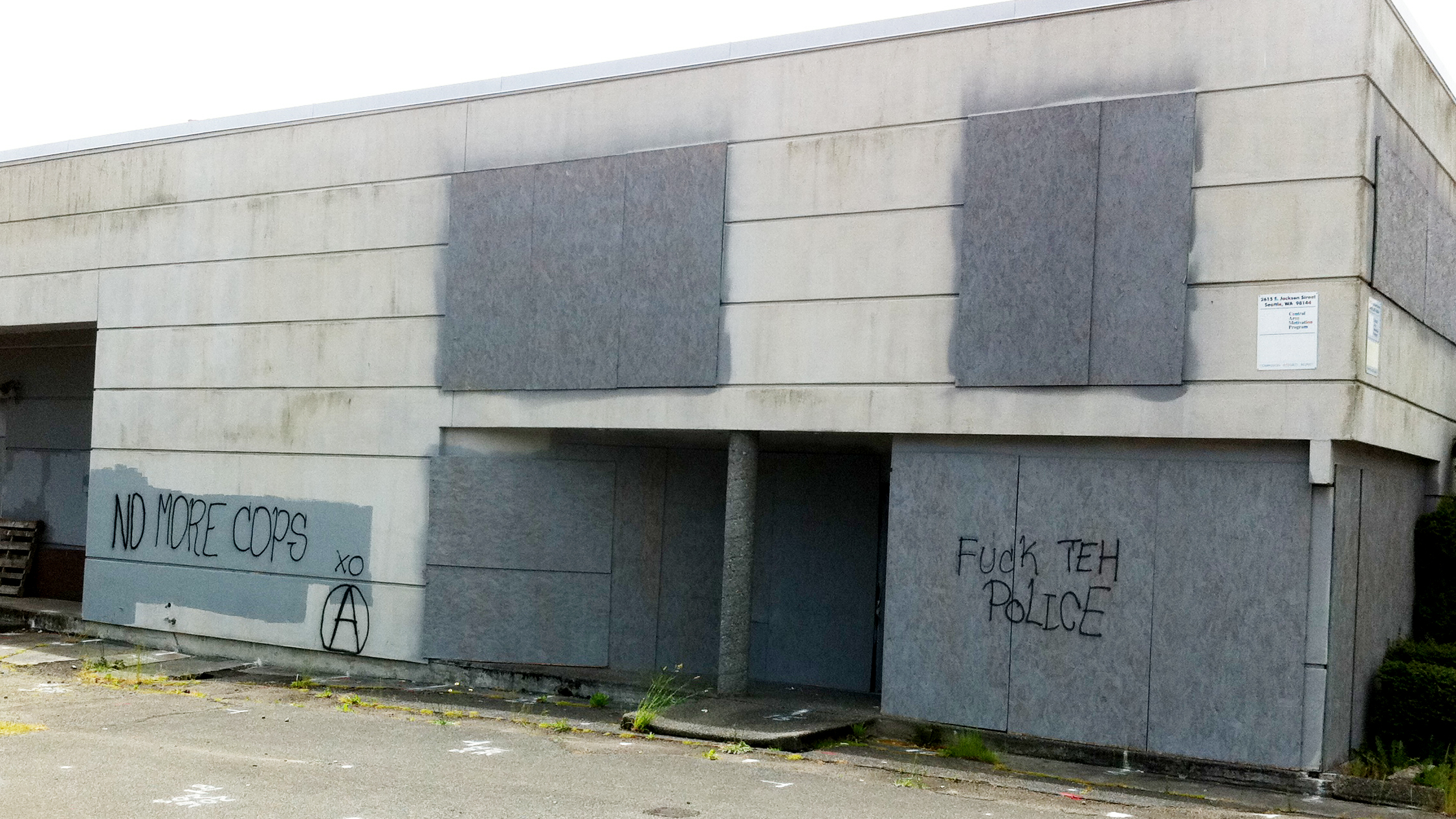 It appears the suspects are not only anarchists, but are also well-versed in Internet lingo. Any SPD World of Warcraft players should watch their virtual backs or they might be ambushed by a level 80 rogue.