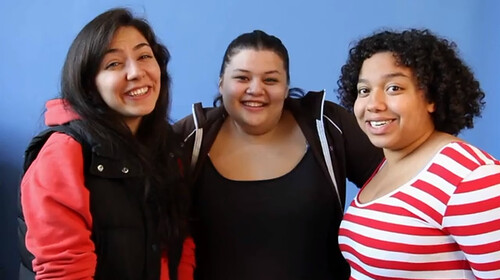 Reel Grrls lost thousands of dollars in funding from Comcast last month after posting a tweet that was critical of the media giant’s recent hire of former FCC Commissioner Meredith Baker. Baker just so happened to be one of the commissioners that voted to approve the Comcast/NBC merger only months earlier.

Within days, however, a national call for donations went out, and Reel Grrls decided to reject Comcast’s money after the company offered it back once the story broke.

Reel Grrls has raised over $24,000 from over 620 people since May 18, Administrative Manager Teresa Mozur said late last week. In light of this new more independent funding, the organization is making some changes to its summer program to emphasize media justice issues.

From Mozur at Reel Grrls:

Since May 18th, 2011 our organization has received over $24,000 in private donations from over 620 people across the United States and abroad. We are extremely grateful for their support and sent them this email to express our thanks last week.

In light of the events with Comcast last week, we’ve decided to change the focus of our summer apprenticeship program. Participants will now produce short films exploring media reform and media justice issues in partnership with Free Press and the Center for Media Justice. The program will include a trip to the Allied Media Conference in Detroit for all participants who are able to attend.

They also made a video thanking all the organization’s supporters.