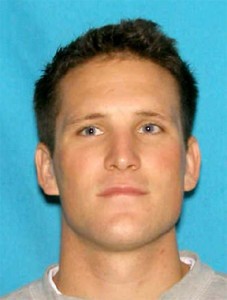 This post was originally published on our sister site Capitol Hill Seattle.

The man suspected of impersonating police officers in an attempt to steal cars near Seattle University has been arrested in Beaverton, Oregon, according to SPD. Michael James Beach was allegedly unsuccessful in his first attempt on campus May 16, but was able to steal a car at gunpoint on a subsequent try an hour and a half later near 13th and Marion.

Armed robbery suspect and police impersonator  Michael James Beach was arrested by US Marshalls just after 3 p.m. today in Beaverton, Oregon.  He was unarmed and cooperative during arrest.  It is expected that he will be booked into a Portland, Oregon area jail and held for Investigation of Fugitive.

While the suspect is in custody, detectives still have work to do to complete the case.  Big thanks goes out to the US Marshalls and the rest of the general public who kept on the lookout for him while he was being sought.

In both instances, Beach allegedly approached people who had stopped their cars and said they needed to move because he was about to “raid” a nearby residence, according to Seattle Crime. When the second victim asked to see his badge, Beach allegedly showed the victim a gun in his waistband. The victim then exited his vehicle. Beach then got into the driver’s seat and drove away.