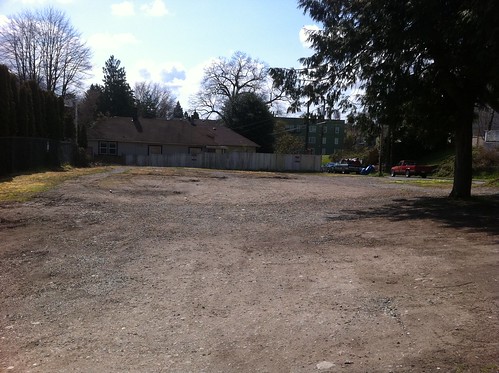 After a couple months at 22nd and Cherry, Tent City Three packed up camp and moved to St. Mark’s Cathedral on Capitol Hill. Now, the lot that housed over 60 people just last week stands vacant once again.

Tent City Three has spent time at the lot, owned by Cherry Hill Baptist Church, several times in recent years. By design, the encampment moves every few months depending on agreements made with property owners, which are often churches. They plan to stay at St. Mark’s until early June.

On April 10, an encampment resident on patrol duty witnessed a robbery at Update Barber Shop and Beauty Salon and alerted police. However, the suspect was able to flee with a flat screen TV before police could locate him.