The nationwide “We Are One” rallies were held as Wisconsin and Ohio Republicans fight to limit collective bargaining rights for workers in those states. The Communications Workers of America held a rally at MLK Memorial Park at 2200 MLK Way S. Local photographer Sean Balch was there and sent us these photos. 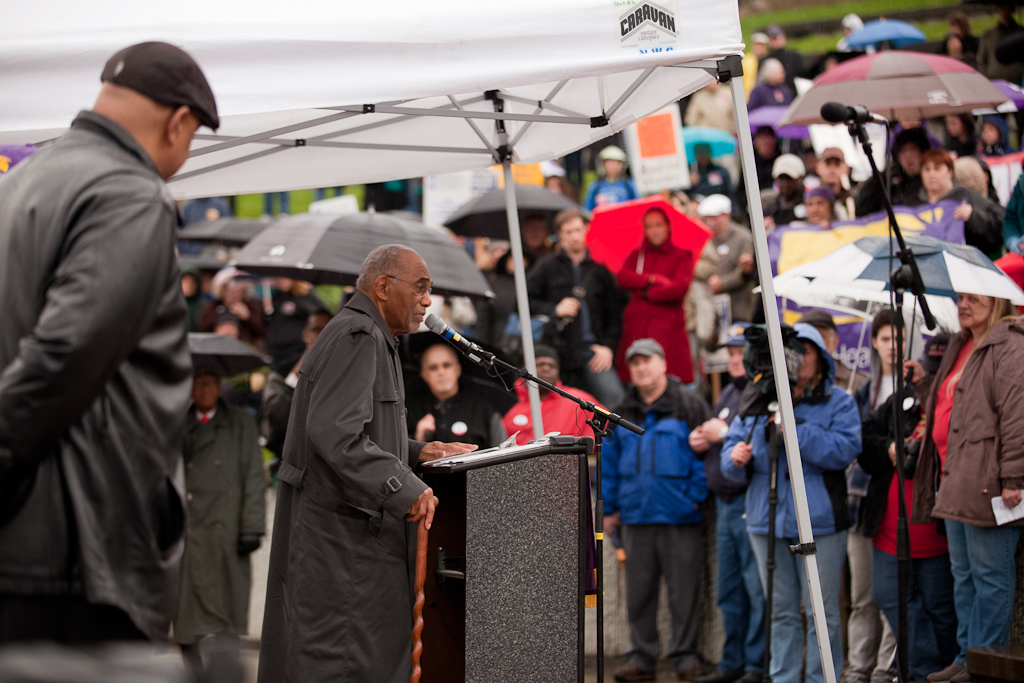 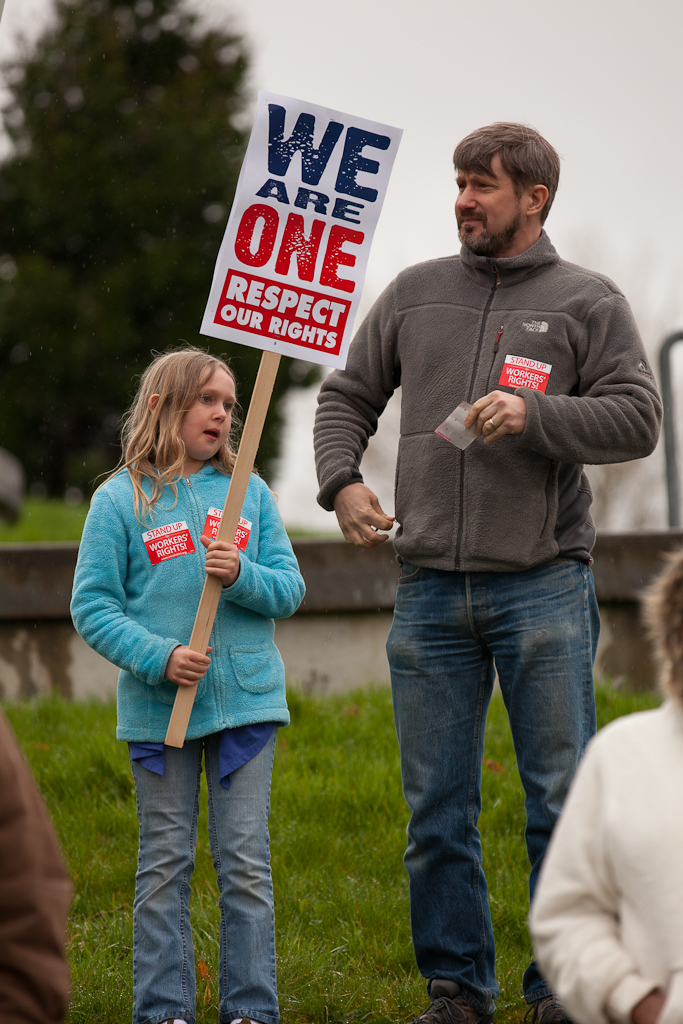 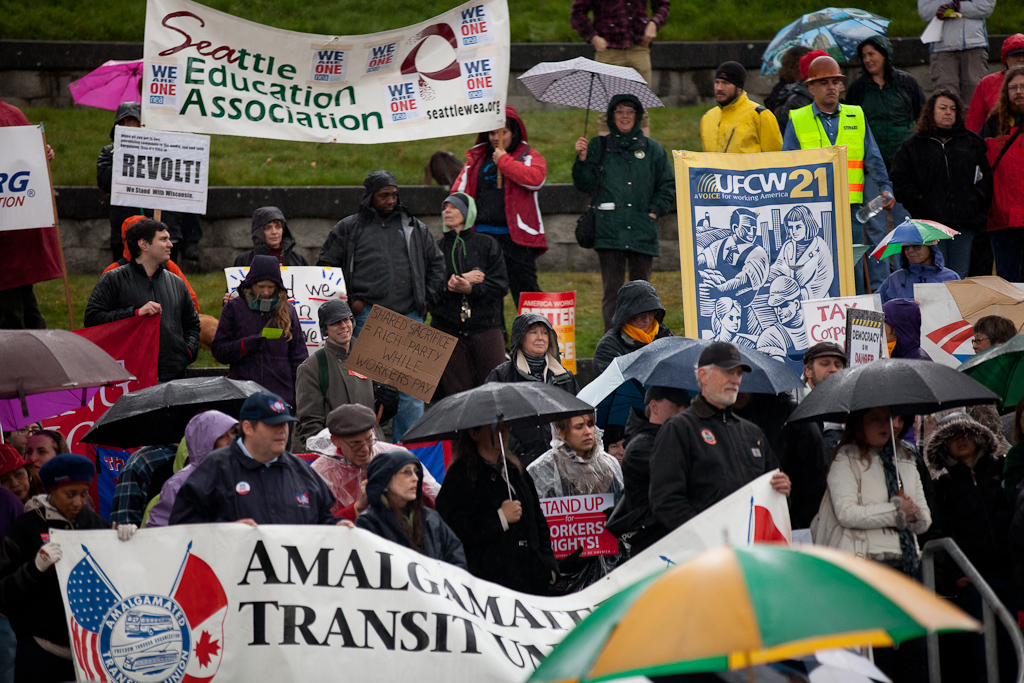