Despite ongoing budget challenges on the operations side of things, thanks to the Parks and Green Space Levy, the city still has money to acquire and develop new park land. After Thursday’s meeting of the City Council’s parks committee, Capitol Hill and the Central District might have five new green spaces in motion including a new park at 19th and Madison and an injection of cash to boost an effort to build Jimi Hendrix Park next to the Northwest African American Museum.

5. C.B.117122
Relating to the Opportunity Fund category of the 2008 Parks and
Green Spaces Levy; accepting the recommendations of the 2008 Parks
and Green Spaces Levy Oversight Committee; authorizing the
acquisition of real property commonly known as 18th Ave. SW & SW
Brandon St. (Puget Ridge Edible Park) and 19th and Madison
Neighborhood Park; authorizing acceptance of the deeds for open
space, park, and recreation purposes; amending the 2011 Adopted
Budget and 2011-2016 Capital Improvement Program; and increasing
appropriations in connection thereto; and ratifying and confirming
certain prior acts, all by a three-fourths vote of the City
Council.
BRIEFING, DISCUSSION AND POSSIBLE VOTE

More than $2 million in new park space across Capitol Hill and the Central District will be on the table Thursday afternoon as the City Council committee considers recommendations for the latest round of Opportunity Fund projects.

Here are details and previous coverage of some of the recommended projects that made the final list of 15: 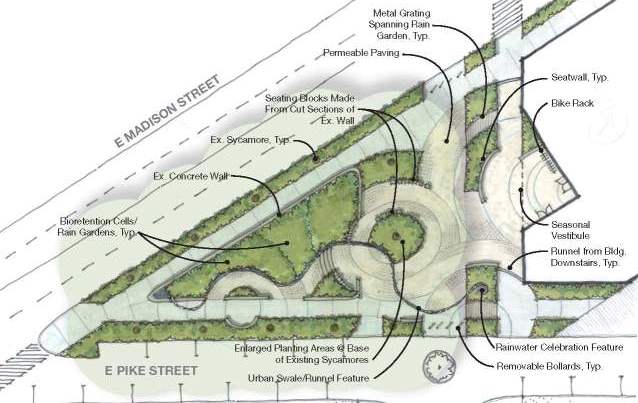 In 2010, Seattle Parks Foundation entered into a fiscal sponsorship for the creation of the McGilvra Place Park Green Infrastructure Project.  This project will restore an underutilized .06 acre park as part of the Bullitt Foundation’s Cascadia Center Green Infrastructure Project.  The proposed restoration of McGilvra Park will create pedestrian-friendly neighborhood space, activate an existing neighborhood park, and advance urban sustainability goals.  The project will complement the Cascadia Center project as a demonstration site for green stormwater infrastructure, natural drainage systems and permeable pavement.  It could potentially become the first landscape project to meet the The Living Building Challenge, the highest benchmark in sustainability.

Farther into the Central District, two projects are up for a portion of the $7 million in funding.

One interesting aspect for the five central Seattle projects that made the list is that two of them weren’t going to make the Opportunity Fund cut before a public hearing on the recommendation list last October. Prior to October’s session the McGilvra project ranked in the middle of the pack when the projects were considered by the fund’s selection committee. Same goes for the Hendrix park development proposal. But both projects brought out a crowd of supporters to Miller Community Center for the October meeting. On Thursday, the City Council is likely to move both forward toward reality.

Below we’ve embedded the Council’s memo on the Opportunity Fund roster which includes details of the selection criteria. We’ve also included a full list of recommended projects across the entire city. 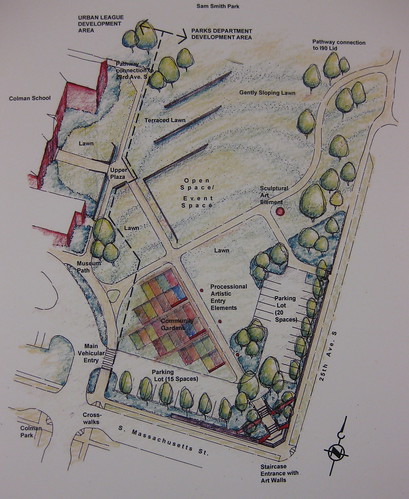