Seattle University announced a new initiative yesterday that would create a long-term commitment to helping the neighborhood around Bailey Gatzert Elementary, one of the poorest neighborhoods in the city. The Seattle University Youth Initiative (SUYI) has committed to “help children succeed in grades K-12, attend college and succeed in life,” according to the press release. Seattle Times reports that the initiative will commit $1 million per year to the neighborhood.

Modeled in part after the Harlem Children’s Zone, the university’s Youth Initiative will bring a broad range of assistance to the neighborhood, including more tutoring and after-school help, free legal aid to recent immigrants provided by the university’s law school and free health assistance from the nursing school.

About 17,500 residents live in the 100-block neighborhood, bounded by South Dearborn Street, Alaskan Way, James Street, East Cherry Street and 23rd Avenue South, and about 35 percent live at or below the poverty line.

The project aims to touch all aspects of the neighborhood’s social, health and educational development, and will include assistance to Washington Middle School and Garfield High School.

The Harlem Children’s Zone was featured in the documentary “Waiting for Superman.”

Seattle University is a private Jesuit Catholic University, and the new initiative is an effort to expand on their Jesuit mission of service, according to the press release. 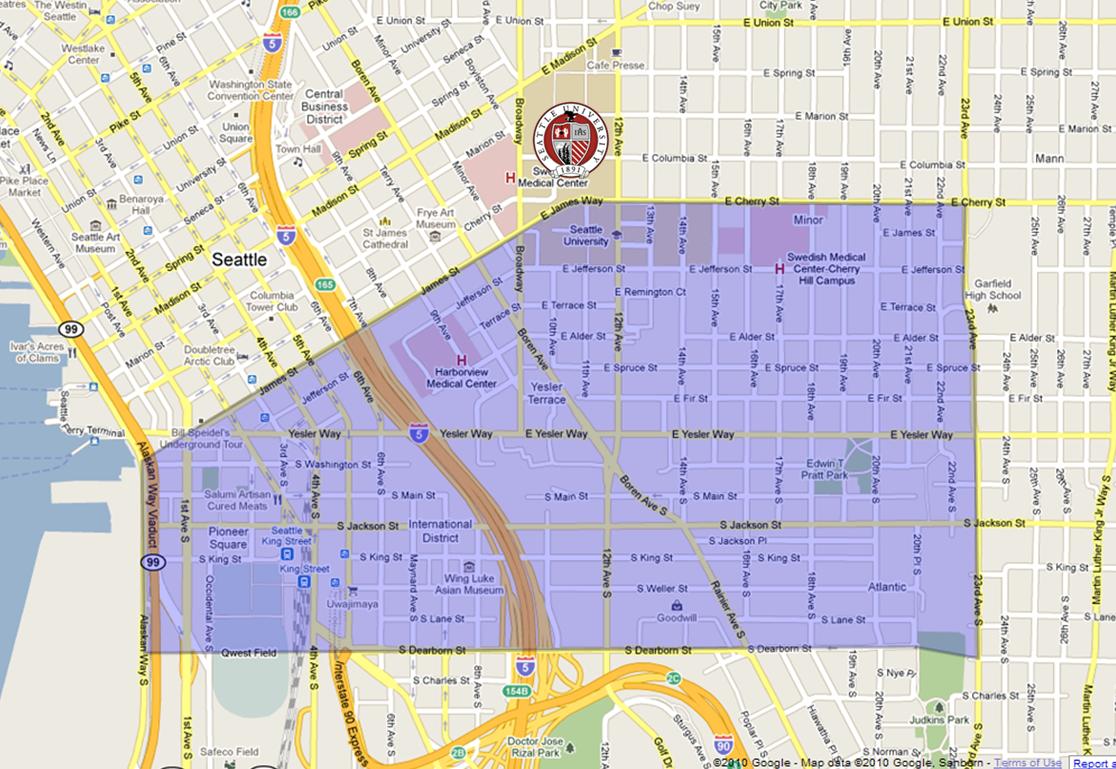 At Bailey Gatzert, over 90 percent of students qualify for free or reduced lunches.

While the University has had a relationship with Bailey Gatzert Elementary for 20 years, the new initiative expands previous efforts by engaging the entire neighborhood. Aside from “targeted tutoring and mentoring,” the university may also lead after school programs and provide assistance to summer camps among other new efforts, according to the SUYI action plan. The initiative will also provide area residents with free health services from the nursing school and legal assistance from the law department.

For more information, the university outlined the SUYI action plan in the following PDF: