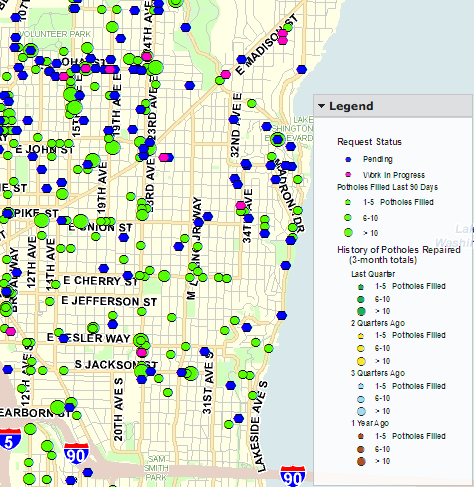 Sick of hitting/swerving around the same pothole every day? Feel like the city isn’t doing anything about it? Well, the city has launched a new online map showing reported pothole locations and city progress filling them. As the map shows, the city has been filling quite a few potholes in recent weeks, but it’s a job that’s never done.

Do your neighbors a favor and report Central District potholes. Be as specific as possible in your location description (saying “all of 23rd,” while pretty much true, is probably less likely to give them helpful data).