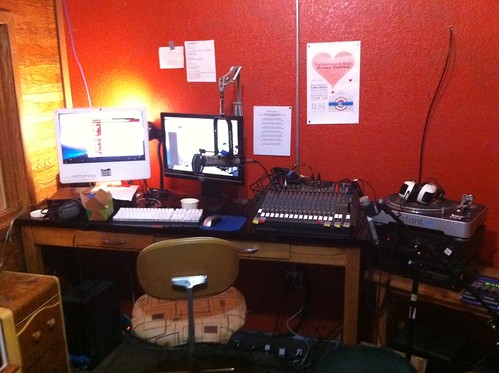 The Central District’s very own Internet radio station and DIY space, Hollow Earth Radio, is gearing up for its annual music festival called Magma Festival. The festival takes place in venues all across the city, including one show that will literally go across the city inside a Link light rail train or two.

One year ago, the station was still being broadcast from an attic in Wallingford. Last summer, the all-volunteer, non-profit station raised enough money to move into their current space next to 20/20 Cycle on Union near 21st. The space had previously been used for storage.

Of the 11 shows in the festival lineup this year, four of them are in the Central District (with another one nearby in the Pike/Pine neighborhood). Amber Morgan, one of the station’s founders, and Rachel LeBlanc gave me the rundown on some of the upcoming shows in the area.

The March 6 show at Hollow Earth’s studio is a tribute to Beck’s album “One foot In the Grave.” Also at the studio, the hosts of the Central Sounds show will be holding something like an open mic with a beat March 20. DJs will be spinning beats and people can do spoken word, raps or anything else they want. Any DJ’s (aspiring or otherwise) can even bring their own records to spin. 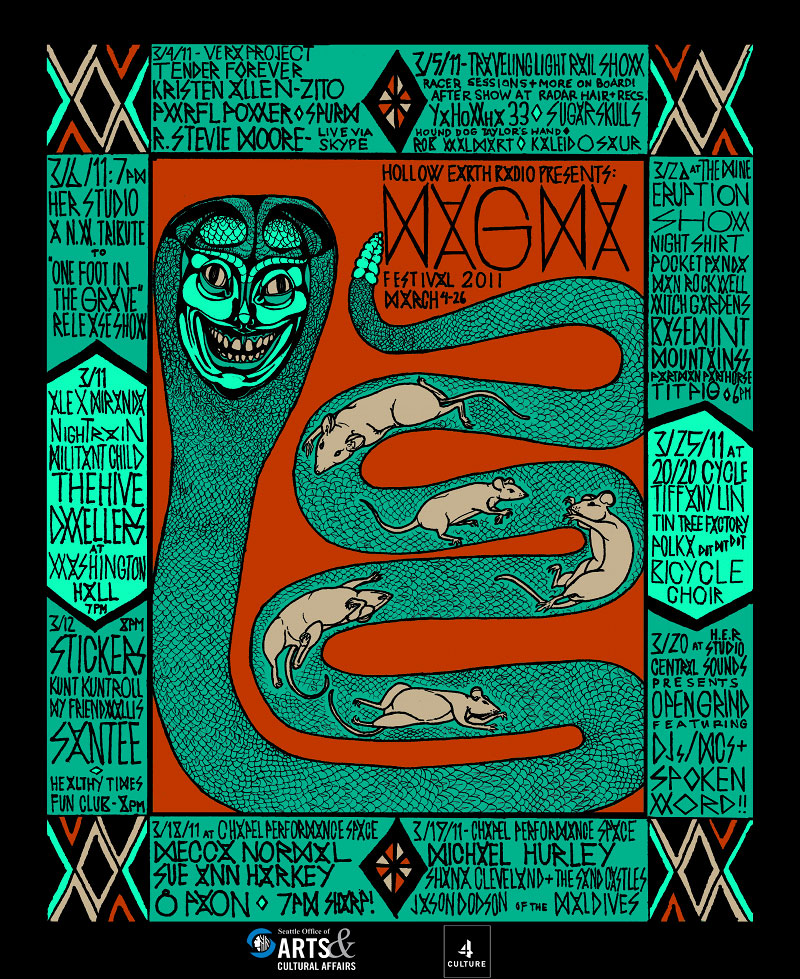 “We want local kids to come out,” said Morgan.

The March 25 show at 20/20 is shaping up to be a mostly-acoustic, mostly women-led show. The March 11 show will be at Washington Hall. Prices per show vary, but you can get a Magma Pass that gets you into all the shows by donating $60. Passes can be purchased either online or by stopping by the station.

For a complete list of shows, visit the Magma Festival web page. Here’s a list of shows in (or near) the Central District:

Here’s a short promo for the festival: 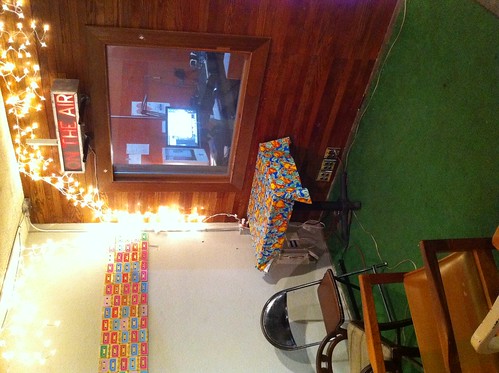