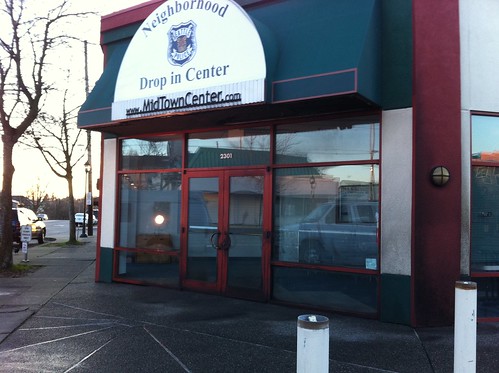 It appears that recent anger against the Seattle Police Department escalated to an arson attack over night, targeting the small SPD drop-in facility on the southeast corner of 23rd & Union.

The Seattle Fire Department responded to the scene with 15 units at 3:32am, after someone caught fire to the front doors of the storefront that the police department has leased since 2008. It appears the damage from the fire was limited to scorched paint and a partially burned awning. Structural and interior damage is minimal, if any.

This is the third act of property damage targeting that building in the last year. On July 19th a man and a woman broke the windows of the drop-in center with sledgehammers, just a week after anti-police graffiti was scrawled on the side of the building. Those events occurred following a manslaughter verdict against a California police officer who killed another man on a subway platform.

Today’s arson comes after several days of protests and anger resulting from the decision not to charge SPD Officer Ian Birk in the controversial shooting of John T. WIlliams. 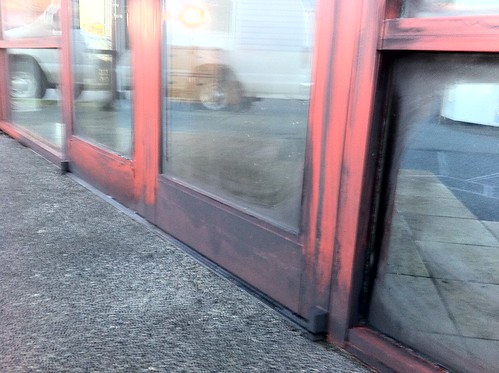