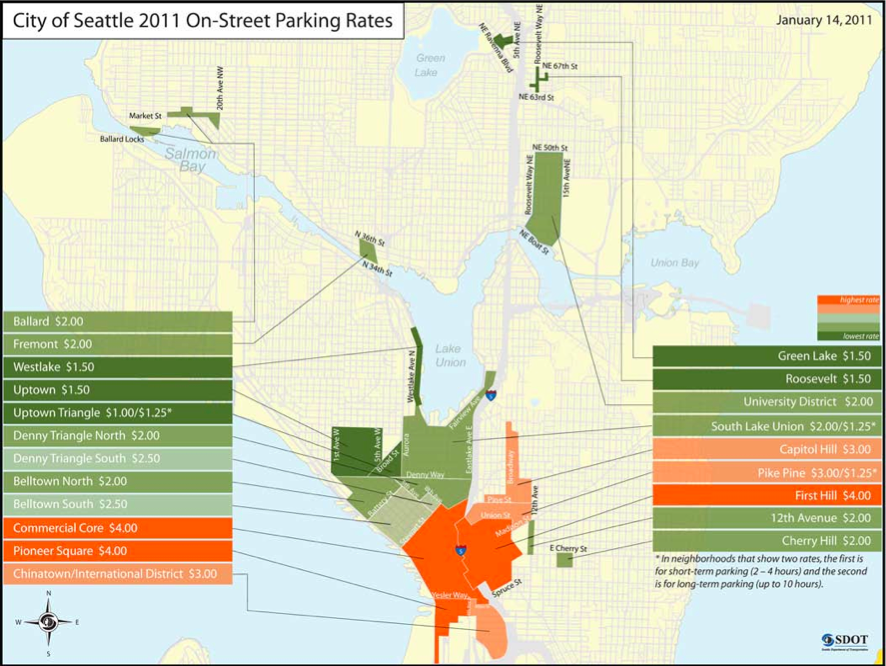 The city announced its new parking rates today, and parking near Swedish Hospital’s Cherry Hill campus and along 12th Ave from Madison to Cherry is set to go from $1.50 per hour to $2. Downtown prices will go up to $4 per hour, while many neighborhoods saw a decrease in parking costs.

According to SDOT, the new rates were set in order to encourage more parking turnover in areas where usage is constantly full. The city’s on-street parking goal is to leave a spot or two open on every block (around 80 percent full):

To develop its report, SDOT conducted assessments of every neighborhood containing on-street paid parking. Over the past months, SDOT collected data that reveals:

-On-street peak occupancy is highest in the neighborhoods of First Hill (100 percent), the Commercial Core (97 percent) and Pioneer Square (91 percent)

The city is considering a demand-based parking rate system that would charge different rates throughout the day. That system could be in place as early as 2012.