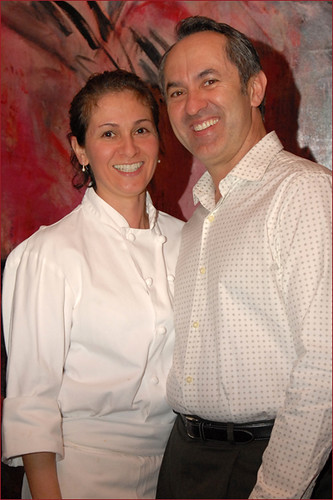 UPDATE: More details from the always-informed Nancy Leson: the new incarnation will be called “Kava Bistro and Wine.” The new pizza spot will be run by Darren Pritt, co-founder of Madrona’s Neighborhood Cooking Foundation. More info as we hear it…

When Dulces Latin Bistro closes on 34th Ave for the last time later this month, owners Carlos Kainz and Julie Guerrero will only be just getting started. They’re headed for the hustle of a much bigger, busier Seattle street, Central District News has learned.

Dulces is planning to re-open in Capitol Hill in the new Joule development on Broadway later this spring, Madrona Dining & Sipping Society organizer Audrey Seale tells us. In the meantime, Madrona will see a new “stone-oven” pizza restaurant take over the former Dulces space at 1430 34th Ave.

Kainz and Guerrero said that the economy was the main factor in the move from Madrona and that making ends meet here had been a struggle.

3 thoughts on “Dulces headed for Broadway”