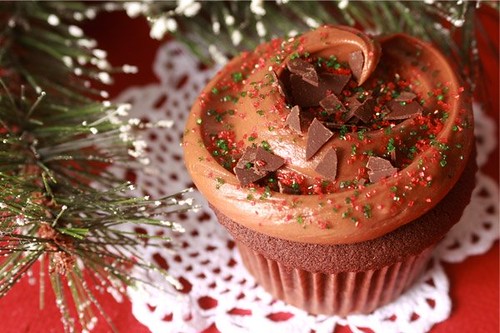 Before there was a cupcake shop on seemingly every Seattle corner, Cupcake Royale opened up on 34th and Spring. Seven years later, they have 5 shops total and cupcakes are ubiquitous throughout the city.

This Saturday Dec. 11, Cupcake Royale is throwing an anniversary party/holiday fete at the original Madrona shop to celebrate 7 years in business. From the CR team:

Can you believe that Cupcake Royale is turning 7 years old? We were the first cupcake shop to open outside of Manhattan  – and folks thought it was crazy…a shop for cupcakes? Jody Hall, our fine founder, wanted to serve hand crafted coffee with baked-from-scratch cupcakes to a generation who’d rarely had anything but box-mixed cakes. Now here we are so many years later serving up cupcakes made with the yummiest, mostly local ingredients at our five locations across Seattle & Bellevue. That’s something to celebrate! We thought you might want to share the news and hope you can come by to join in the fun too…

The party will be from 4-6pm, and feature a free show by The Not-Its, a sprinkle-your-own-cupcake bar and photos with the Cupcake Royale Roller Girl, as well as drawings for prizes throughout the night, free gifts, and snacks & libations on the house. Gift purchases are 20% off for the night with your Cupcake Royale or Vérité Coffee Card – including the new limited edition Madrona Neighborhood tee shirt.