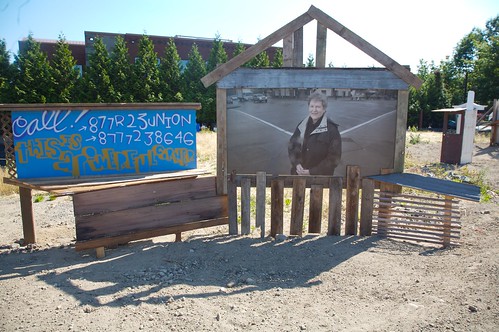 A group including representatives for the four property owners at the corners of 23rd and Union met Thursday morning to discuss solutions for moving development forward and activating the intersection that now stands unused at three of the four corners, Central District News has learned.

According to Will Little of Cortona Cafe who also attended, representatives from all four corner properties and the Union Street Business Group attended the meeting to talk solutions both near-term and long-term.

What can they do right away? Decorate for the holidays.

Attendees are said to have hatched a plan to string holiday lights at the 23rd and Union intersection. It’s a long way from some of the other plans also targeting the area such as Operation “Safe Union” but for an area so critical to the neighborhood’s future but also facing so many challenges, police work needs to be matched with a diverse set of solutions — including Christmas lights.

The discussion is also said to have laid the groundwork for an effort to apply for more grant money from the City of Seattle to help fund more long-lasting improvements and possibly events. 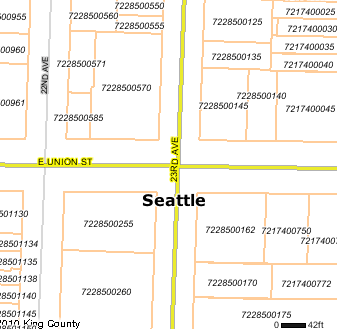 We reported in mid-November on the sudden shut-down of the gas station on the northwest corner of 23rd and Union. The Richlen family has owned the property for decades and plans to bring a new tenant on board to operate the service station, CDN reported. King County says the land is now worth about $2.2 million.

Across 23rd, the building that once housed the Philadelphia Cheese Steaks restaurant still stands and waits, after some work by owner 1400 23rd LLC, for a new business to move in. It’s been empty since this tragic January 2008 shooting. The formal ownership of the $1 million property is complicated. We waded three levels deep through Washington State records before we found anybody’s names on the paperwork but CDN has identified a man named Ian Eisenberg as the “owner” of the property in our past reporting — he also now owns the property where the nearby car wash stands.

The $1.5 million lot where the state liquor stands is owned by Mid-Town Limited owned by Thomas Bangasser. Bangasser’s family is a longtime property holder in the area, according to county records.

The fourth southwest corner is also well known. Developer Jim Mueller’s 2203 East Union LLC owns the land where development of his project has been on hold for years. Mueller bought the parcel in 2006 for just over $1 million. The county says it’s now worth about $1.7 million. It currently is fenced and empty.