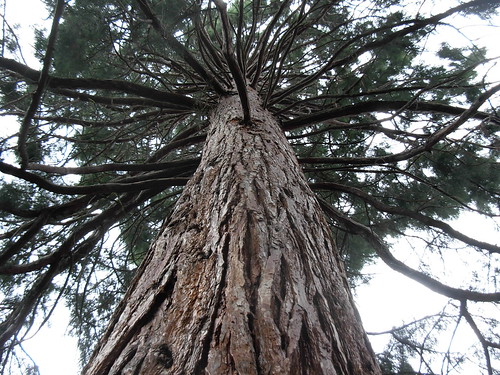 Seattle University officials have invited the community to join them for this year’s lighting of the SU ‘holiday’ tree, a giant Sequoia tree in the middle of campus that some believe should be left alone and not damaged by another year of decorating. UPDATE: Seattle U tells us the decision was made to light a different campus tree — so, no controversy, just holiday cheer!

From SU’s The Spectator:

“If you look at the tree, you will see that it is dying … it’s browning at the top” said David Madsen, associate professor of history and medieval studies.

“My main concern is the environmental stress on the tree. Half of the root structure is paved over – which is not ideal … does it make sense to add more stress?” said Gordon Miller, director of environmental studies who expressed similar concerns about the health of the tree – though he was unaware what the exact cause of the browning was.