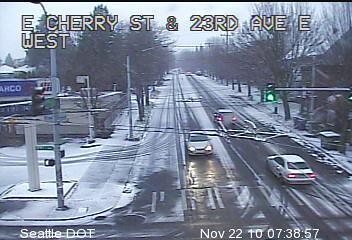 With forecasting models indicating an icy — if not a snowy — Seattle morning, Metro is planning to start Monday with snow routes in effect as SDOT has been out on the streets of the city preparing for freezing conditions.

Here’s the latest from University of Washington’s Cliff Mass:

Again, my conclusion….no snow in or north of Seattle. But if you are driving south, particularly south of Olympia, the chances go way up. Also snow in the mountains and foothills and along the coast. SDOT and Metro can probably rest easy.

But it will be cold..tonight the temps will dip into the 20s in many locations and the winds will pick up. Really strong NE winds over NW WA and northerlies pushing down the Sound. Temperatures dropping into the low 20s and teens on the west side of the State on Tuesday AM…it will be brutal. And east of the Cascades them combination of strong wind and temperatures in the single digits will produce extreme, dangerous conditions on Tuesday. 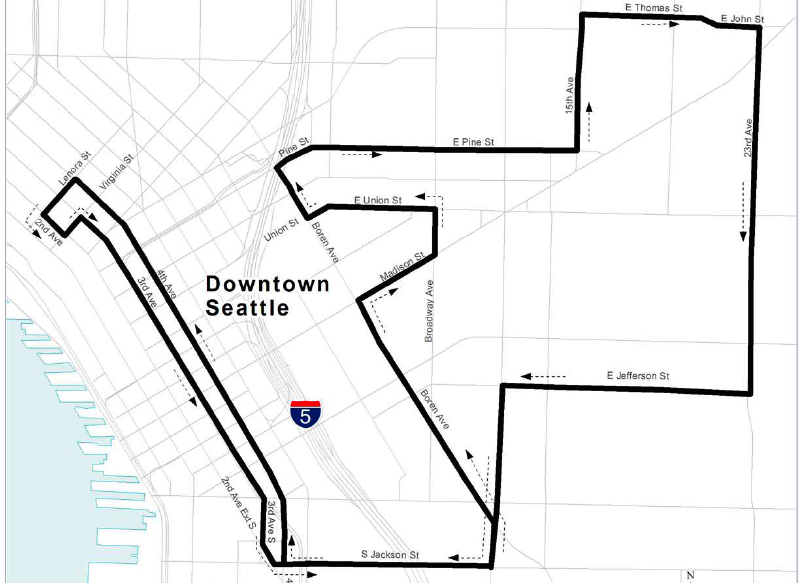 Metro’s Route 90 is slated to roll out for the first time on Monday.

Even with the potential for a snow-less freezing morning, Metro has decided to roll out the snow plans:

Please note that there are no changes to transit service on Sunday night.
The following service revisions take effect with the start of service Monday
morning, November 22.

Due to the potential for snow during the morning commute, King County
Metro Transit will start service on Monday with buses in all areas on snow
routing. Note that not every bus route has snow routing, but many do.

Bus riders should check www.kingcounty.gov/metro/snow for the most current
status of Metro service before traveling on Monday. Updates to the online information
will begin at 4 a.m.

Metro has been monitoring the weather over the weekend and preparing
for the possibility of snow. The Monday forecast from the National Weather
Service indicates that cold temperatures and more moisture could cause
snowfall in King County starting in the morning and lasting throughout the day.

While the accumulations are not expected to be deep, Metro managers want
to be prepared and not have to change to snow routing during the middle of
the busiest travel times.

Know the snow routing for your bus route and other routes in your area.

Check the timetables at www.kingcounty.gov/metro for snow route maps for each
route. Not every bus route has snow routing, but most do. Two routes – 38 and
45 – don’t operate in these conditions. Special bus service between downtown and
First Hill, the Route 90, will be operating on Monday.

When buses are on snow routing, some streets and bus stops may be missed and
there are often delays due to travel conditions. There is new snow routing in many
areas that is different from past years, so be sure to check the snow routes for all the
routes you use most often.

Here are some other additional tips for Metro customers:

• Be patient. Buses are not always on schedule in snowy or icy conditions, and increased
ridership during bad weather can result in crowded buses and a longer-than-usual wait on
the phone for the Customer Information Office;

• Head for bus stops on flat portions of main arterials or at major transfer points such as
park-and-ride lots, transit centers, or shopping centers.

Metro encourages everyone to travel safely.

Thanks for your patience and for using Metro’s services.

In many ways, it looks like the city and the county are gearing up for a trial run for the city as they prepare to battle snowy conditions in the south. We’ll even see the first trial of Metro’s Route 90 designed to circulate riders in a wide loop around central Seattle.