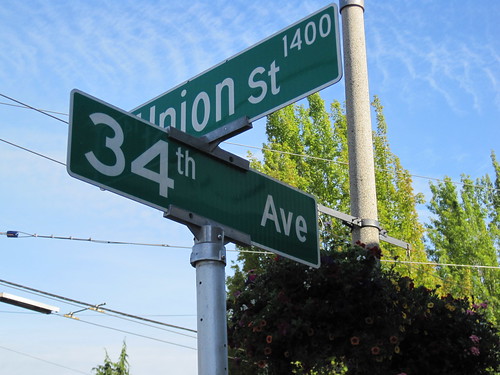 For the last year, the council has been staffed by a skeleton crew of about six people. With Stross stepping down and Vice President of Special Projects Jeremy Hudgeons moving out of state in early 2011, the council – and traditional neighborhood events like Mayfair and the Halloween Party – were in danger of dissolving from lack of participation.

Last night’s crowd of first-time attendees expressed a desire to learn more about the council to keep it alive, with many committing to, at minimum, attend meetings regularly. The crowd also included new Madrona K-8 Principal Farah Thaxton and new PTSA Vice President of Outreach Barney Mansavage, both of whom said they wanted to help build more interaction between the school and the community.

Though the council bylaws called for elections of a new president last night, the council agreed to instead have the three vice presidents – Hudgeons, VP of Events Paige Smith and VP at-large Holly Smith – serve as rotating interim heads of the council until February of 2011. The hope is that by three months from now one of the newer community members might be ready to take on more of a leadership role.

Madrona resident Susan Minogue, a former member of the Squire Park community council, suggested implementing a board member structure as well as appointing a VP of recruiting to have a devoted council member working on outreach. Other ideas from the floor were to improve the council website and develop a more comprehensive email list to better inform the community about meetings.

The meeting closed with Stross calling for community members to come to December’s meeting with proposals, ideas and suggestions for new projects for the council to consider.

Did you attend last night’s meeting? What did you think?