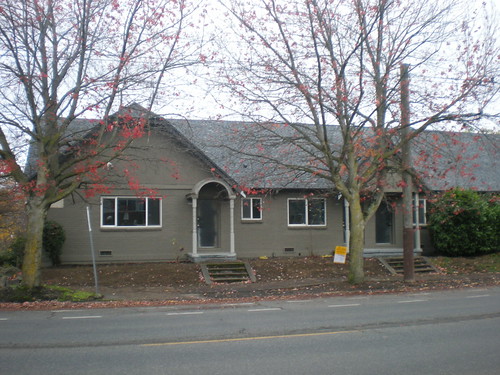 The eight-unit cottage style apartments at 2600 E Cherry are undergoing a makeover.  The property owner, COHO Partners, LLC, has filed a Land Use Application to subdivide the one land parcel into eight unit lots.  The existing eight-unit structure, built in 1926, will remain, but parceling the land will allow for sale of the units as separate townhomes in the future.

The units appear to be vacant and a large dumpster is parked behind the building as obvious renovations are ongoing.  Grass has been torn out in front of most of the units, likely meaning they will be doing landscaping to give it more street appeal.

It is encouraging to see some redevelopment of existing residences in the Central District rather than some of the less attractive new construction townhomes that sprung up around the city during the real estate boom.  Presumably these apartments could remain as rental properties until the market improves and then sold off individually.

Here is a link to the  Property History including a photo taken for tax assessment in 2008.

The owner/developer at COHO Partners and Build Urban LLC could not be reached for comment.  We’ll update our post if we learn more. 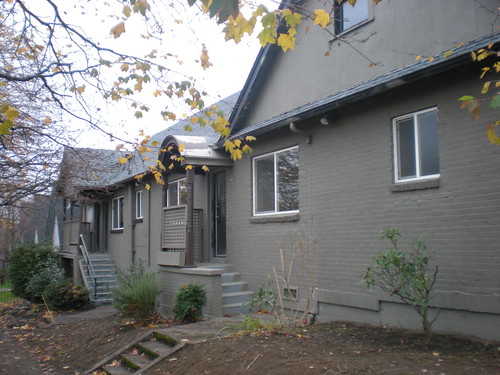