The streets of Madison Valley have been invaded by a variety of big construction machinery. Scores of dump trucks are hauling away dirt every day from Washington Park. Big excavators have been digging deep holes along MLK. And today crews are preparing to launch a large tunnel boring machine under 28th Avenue East.

It’s all part of Seattle Public Utility’s efforts to fix Madison Valley flooding problems once and for all by providing massive new capacity to catch and store rainwater that would otherwise overwhelm the city’s old sewage system.

It’s been almost four years since valley resident Kate Fleming was killed in her basement by a flash flood that roared down the hillsides around Madison Street. The first part of the city’s multi-million dollar project to fix the problem was completed this summer with the opening of an expanded storage basin at 30th & Denny Way.

But now construction is well under way on phase 2, which will add a big new pipeline on the west side of MLK, directing runoff down to a large new storage tank next to the ballfields in the south end of the Arboretum. So far crews have dug two holes 25 to 30 feet deep at MLK & Madison and 28th & Roy. A tunneling machine is now on site, and crews are preparing to lower it down inside the hole closest to Madison, running it north until it hits the hole that has been dug at Roy. 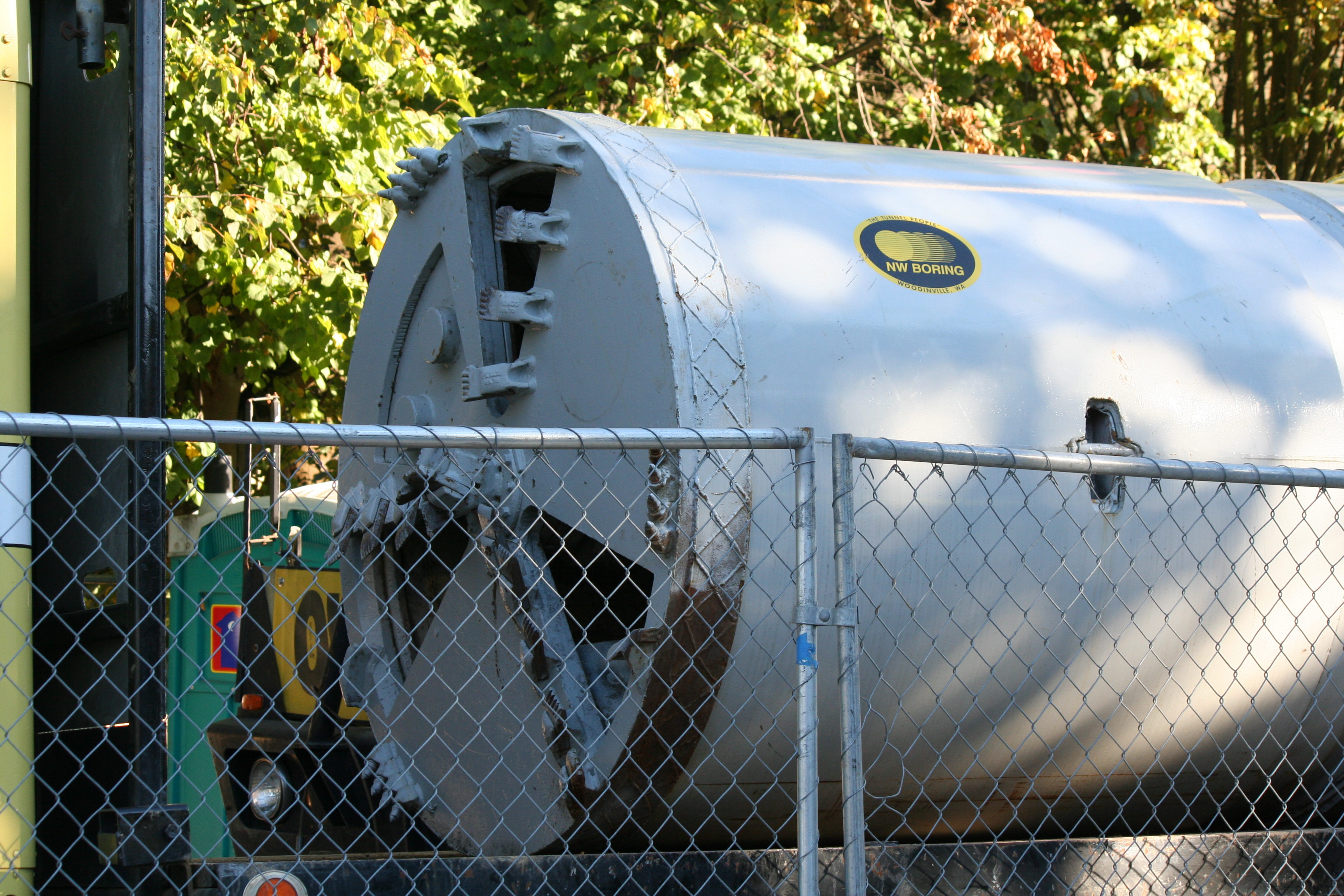 Tunnel boring machine on site, ready to be lowered into the first hole 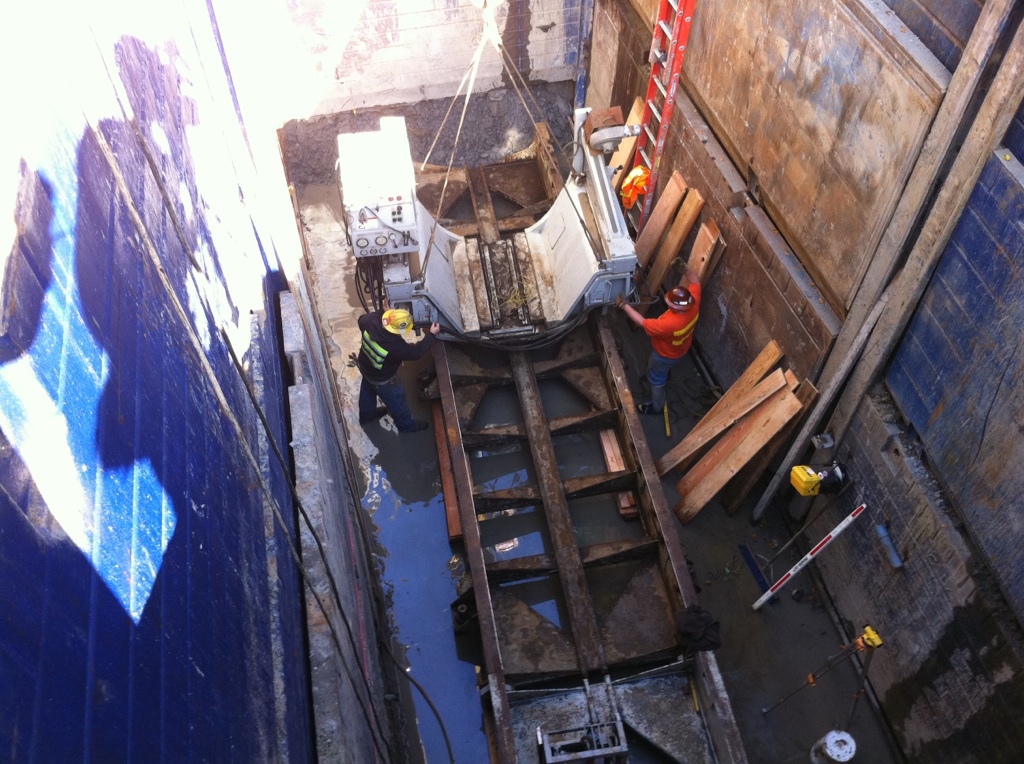 Inside of the hole where the boring machine will be launched

The next step of that process is under way now, with crews digging another trench in the small triangle of city land at MLK & E. Arthur Place. Over the next year, crews will repeat that process four more times, digging holes, launching and retrieving the boring machine, eventually creating a 48 inch pipeline stretching from 27th & John to the new storage tank north of Madison in the hillside corner of Washington Park.

Massive amounts of earth are also being moved to create that storage tank. The hillside has been retained to form the west walls of the structure, and crews are now digging down below that and make room for the 2.1 million gallons of water storage that is required for the project. By this time next year concrete will be poured to create the shell of the tank, and it will finally be landscaped to fit in with the rest of the park.

But for residents who may be tiring of beeping, shaking, and the sound of heavy machinery, hang on. There’s about 9 months more of that still to come. 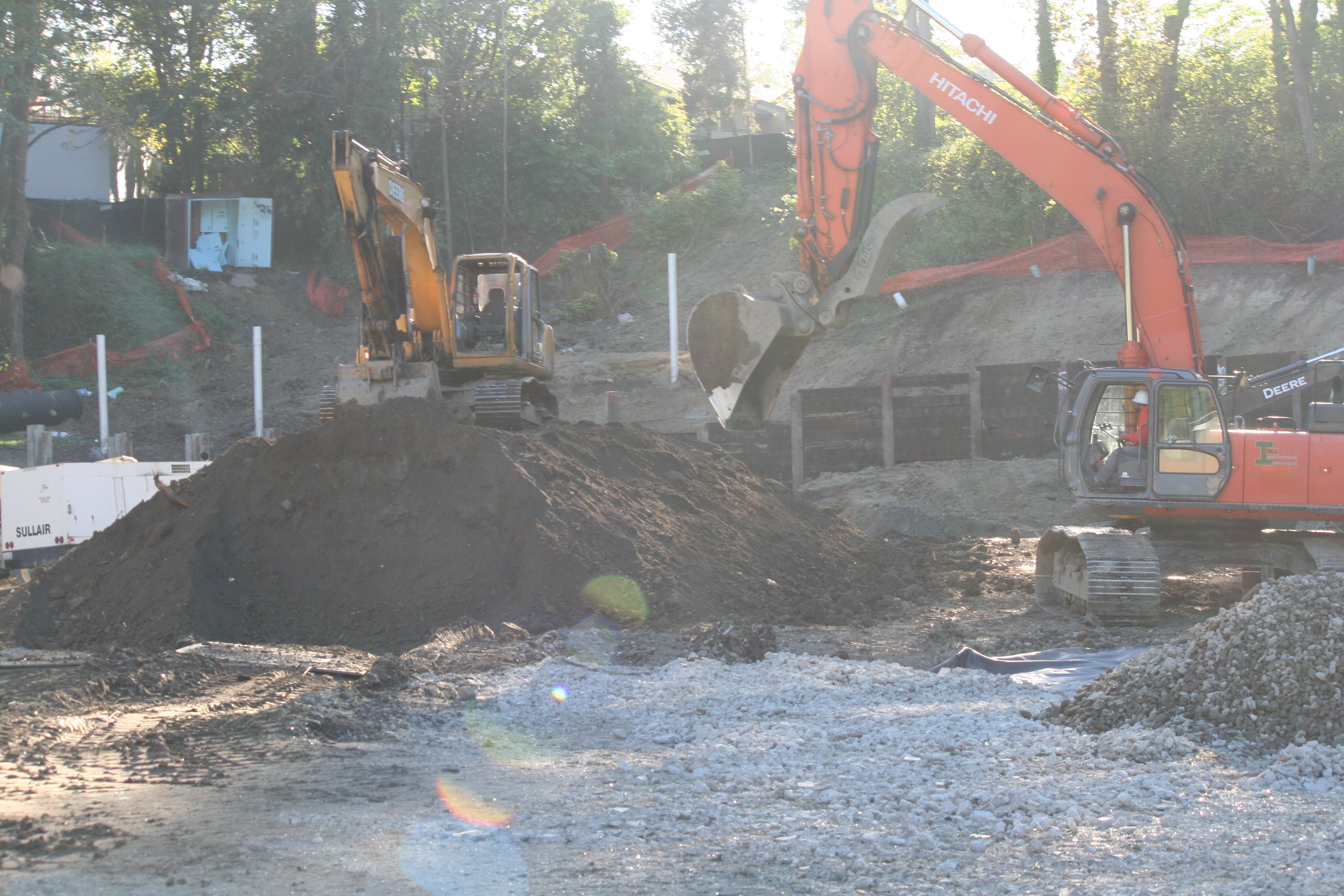 Excavation under way on the water storage tank in Washington Park