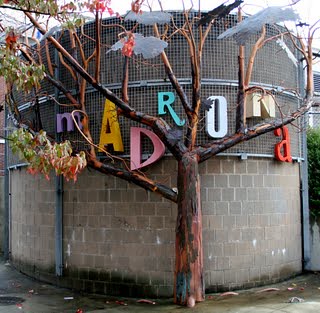 Last night’s monthly meeting of the Madrona Community Council was a sober one, as officers expressed concern over the lack of community participation and the fear that the council could potentially cease to exist.

“It’s disheartening,” said outgoing MCC president Cynthia Stross, who said the council was “in crisis”. “I don’t know how to increase people’s commitment to any form of involvement.”

Tuesday night’s meeting was supposed to be a venue to accept nominations for new positions on the council, but with only five people in attendance the nominations had to be postponed until next month’s meeting. The council currently has three open positions: president, vice president and treasurer.

Stross said she was surprised that no one had even expressed interest in the open positions, given that it is a low time commitment and an easy way to be involved in the close-knit Madrona community.

If the council were to dissolve, it would almost certainly mean the end of Madrona neighborhood traditions like the hanging flower baskets, Mayfair and some of the Halloween festivities. The Madrona BBQ has already been discontinued due to lack of organizers for the end-of-summer event.

The end of the council would also mean the end of the community newsletter, which is already in jeopardy. We wrote last month about how the fate of Madrona News is in question with long-time editor Kim Herber set to retire after this year. The newsletter is also running at a deficit and at its current rate will be $5000 in debt each year.

The council will take nominations from the floor for the open positions at the November 2 meeting, and encouraged anyone with any interest in the positions to attend and learn more about what the council does.

What do you think it will take to get Madrona residents more involved with the community council?