Hundreds of neighbors, police officers, fire fighters, elected officials, and members of the Brenton family crowded around the intersection of 29th & Yesler today for a ceremony to dedicate the new memorial to the life and service of Officer Tim Brenton. The event was timed to coincide with the one-year anniversary of Brenton’s murder, shot as he sat in his patrol car on Halloween night in 2009.

East Precinct Commander Jim Dermody spoke to the crowd and said that Seattle police would be forever thankful that “a small group of Leschi residents felt so moved and affected that they turned small community gatherings at a residence on this block into a heartfelt fundraising effort culminating in the memorial dedicated today.”

According to memorial committee member Jeff Floor, the memorial was truly a grassroots effort, springing from a community desire to “do something other than saying ‘I’m sorry'” and to do it in a community-based way. Planning for the memorial began in living-room meetings at Robert Cipollone’s house, as they began to conceive the project that would replace the broken asphalt and sidewalk with an appropriate tribute to Officer Brenton’s service. Other memorial committee members included Judy Blanco, who was responsible for the design, and Susan Dodd. Then financial donations from community members and local businesses were paired up with the manuallabor of neighbors to construct the memorial within the last month.

The finished product was unveiled today to reveal a black stone badge with Brenton’s badge number, surrounded by cut stones inscribed with words that describe Brenton’s life, such as “father”, “husband”, “son”, “loyal”, “devoted”, “brave”, and “adventurous.” It’s surrounded by new plants and a small tree that symbolizes the ongoing lives of Brenton’s loved ones.

A candlelight vigil will follow later tonight at around 10:30pm, marking the time of Brenton’s murder. 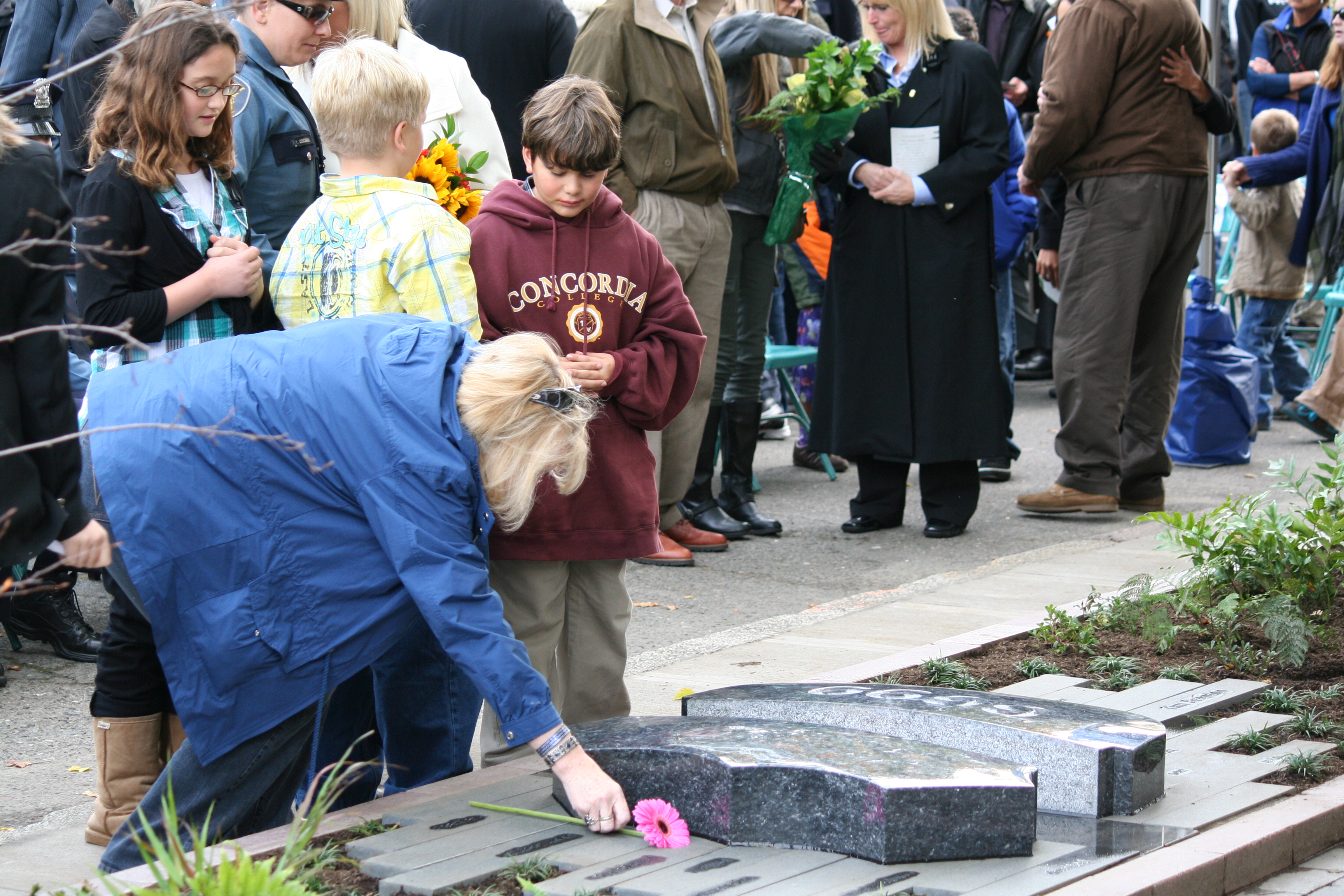 Members of the Brenton family leaving flowers on the memorial site 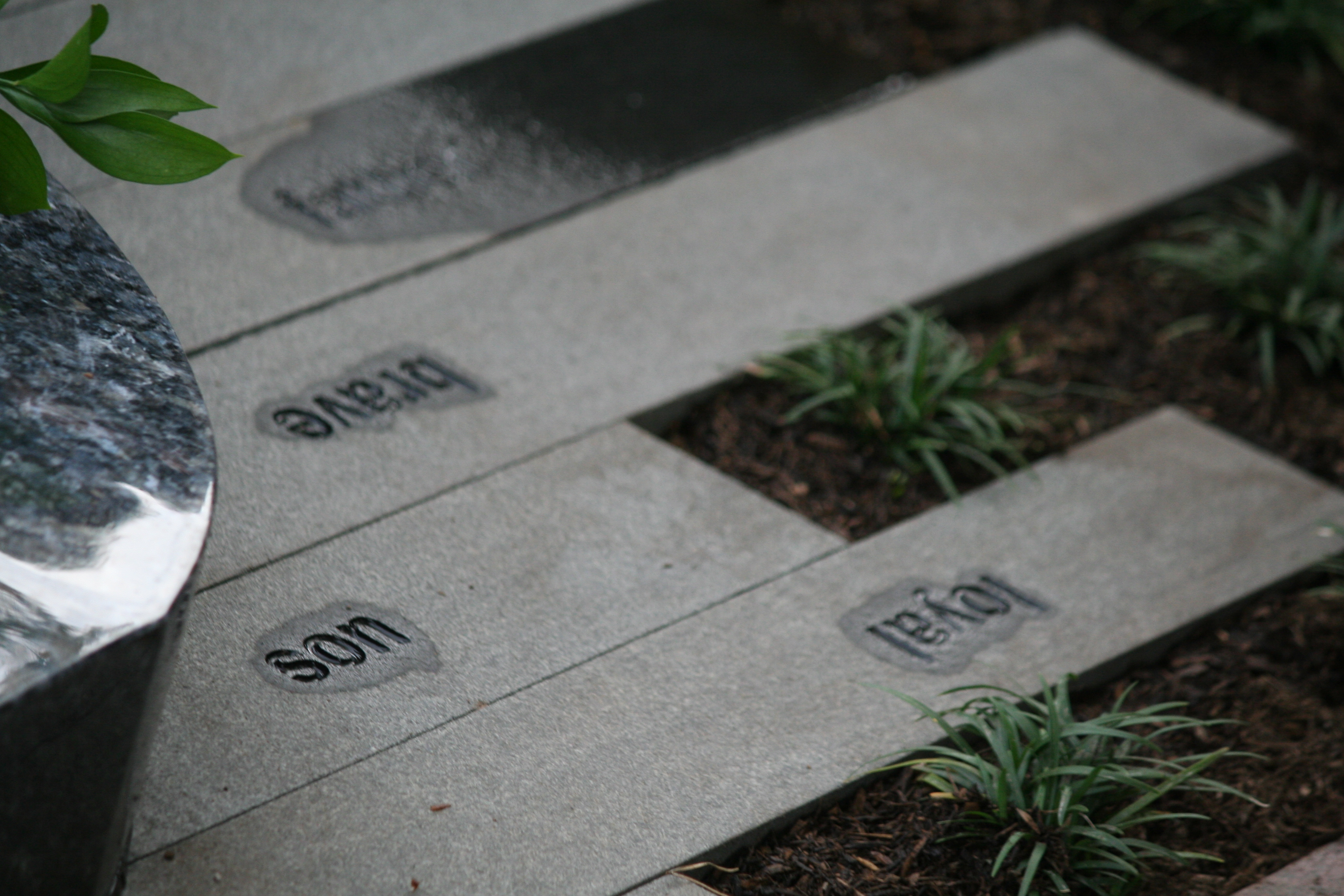 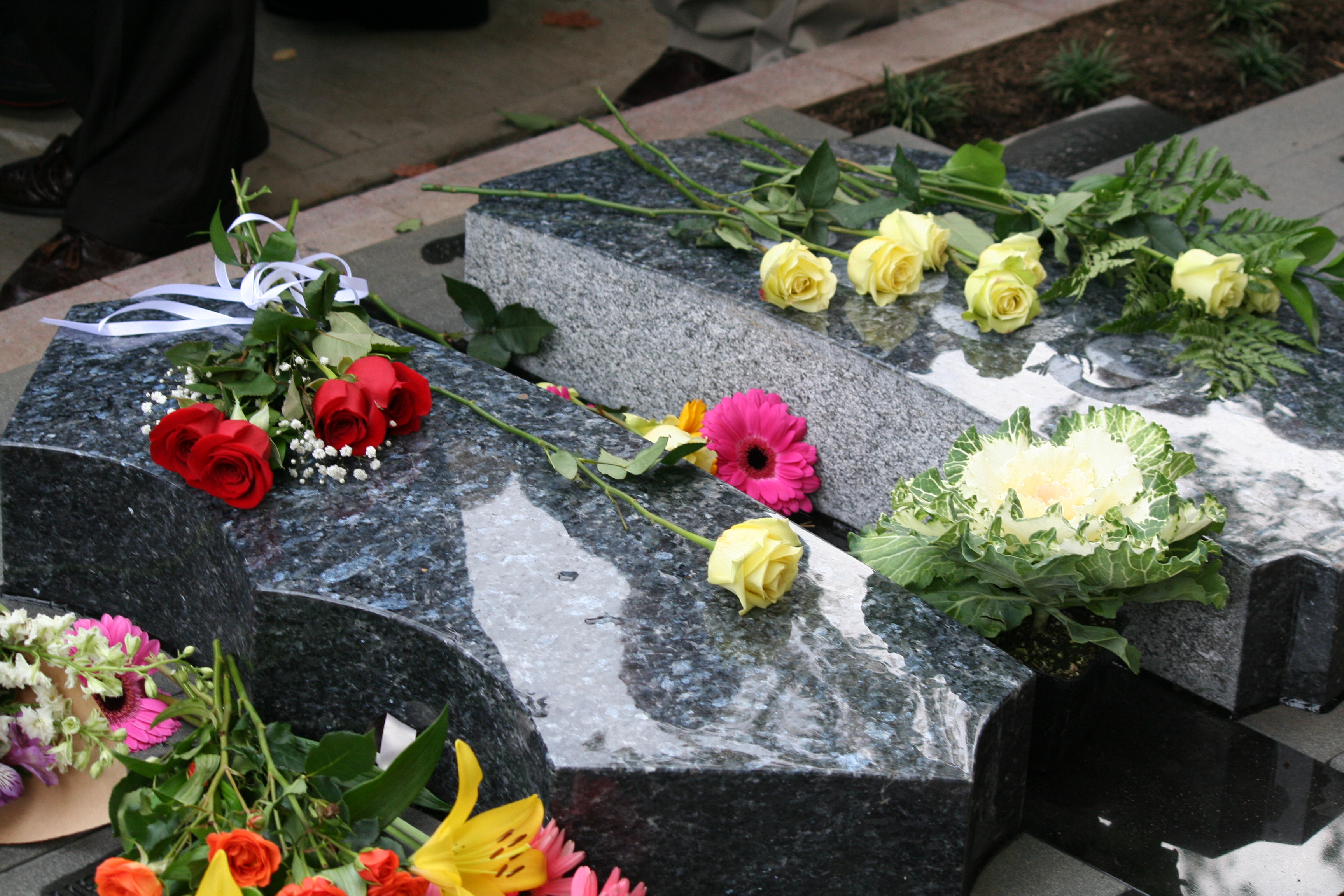 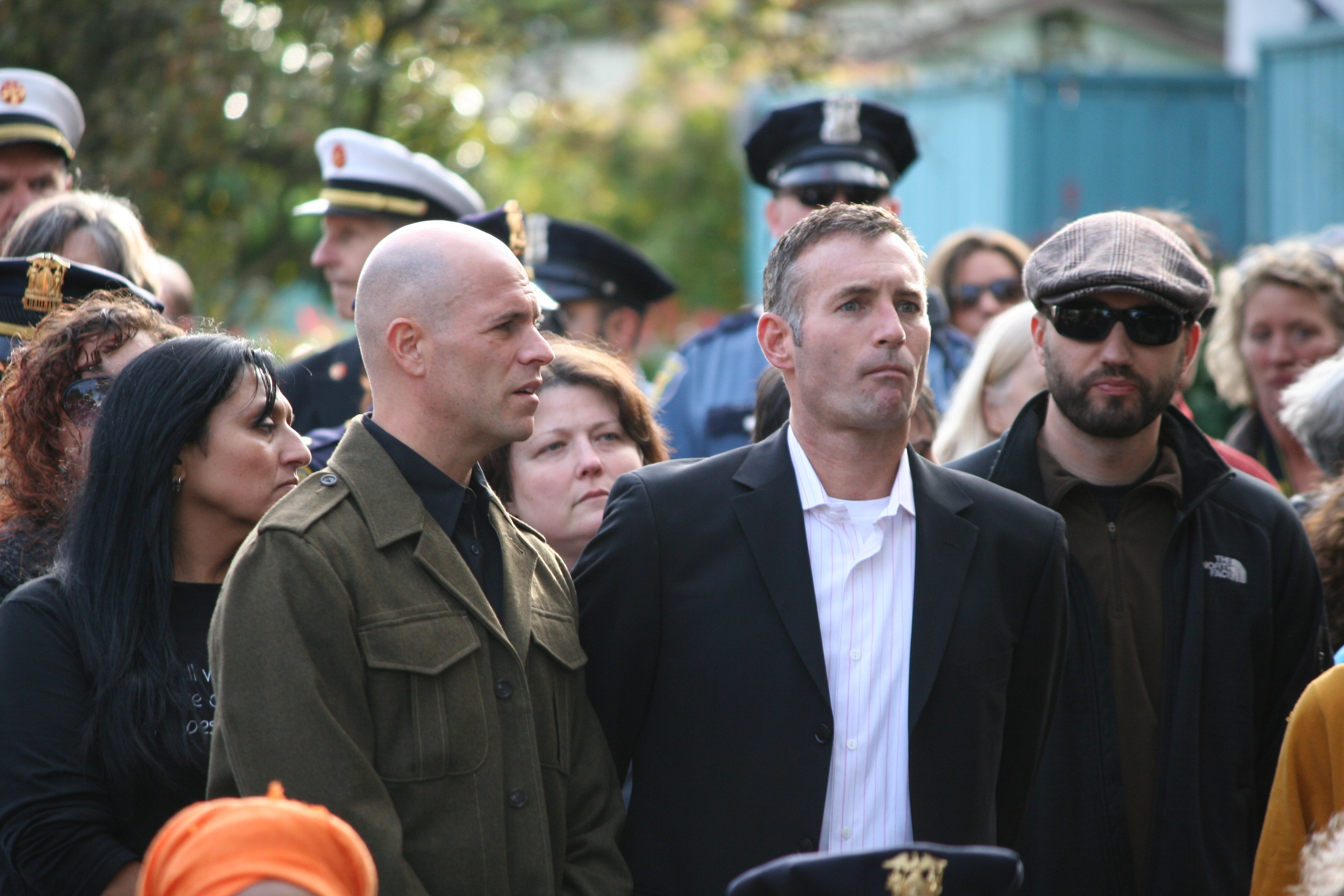 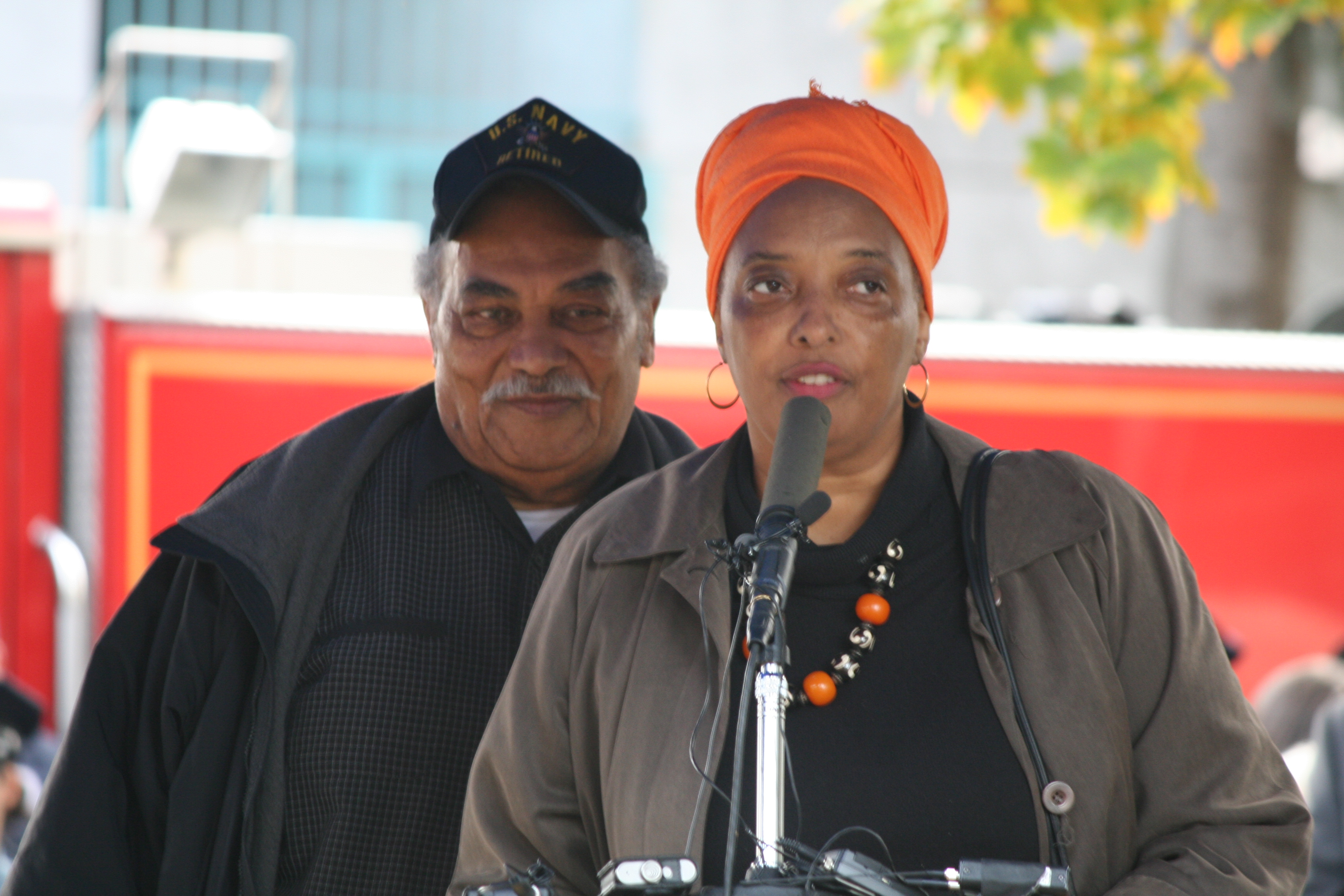 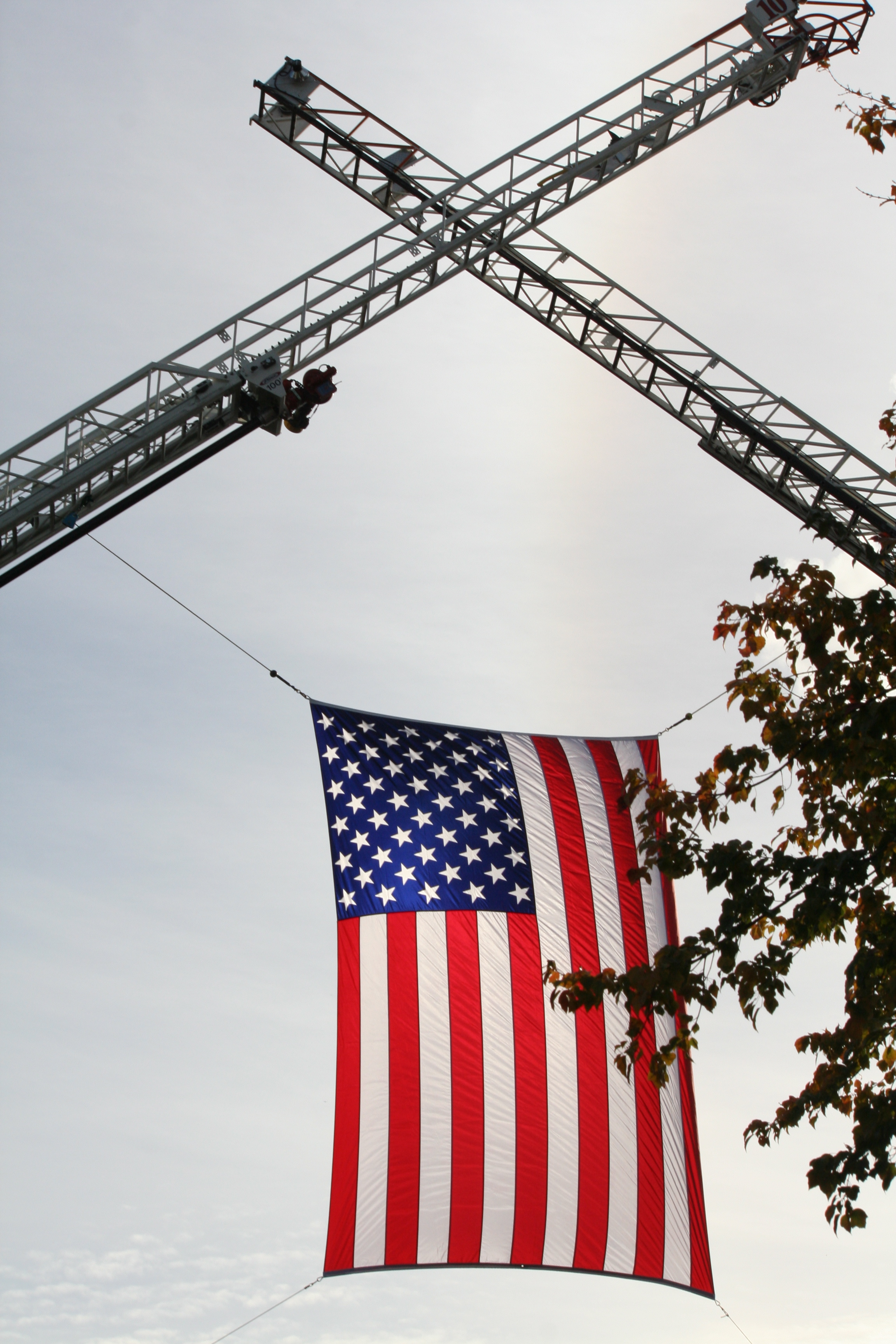 2 thoughts on “Big crowd, many tears at dedication of Brenton memorial”