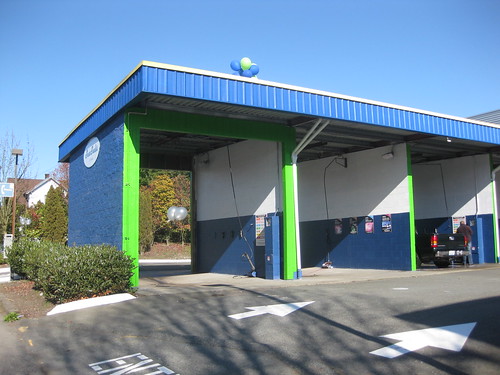 The self-serve car wash at 23rd & Pike has a new owner. Formerly a part of the Chester Dorsey car care empire, it was lost in foreclosure last year, closed for a while, and reopened in February under a new owner.

Now we’ve learned that Ian Eisenberg, owner of the empty fast-food store at 23rd & Union, has purchased it from the previous owner. He’s posted an ad in our classifieds area, looking for a person to help tidy up the two properties on an ongoing basis. The ad says “I want to maintain a very tidy appearance,” which seems like a good sign for the neighborhood, given previous issues with graffiti on the property.

Eisenberg tells us that other car wash improvements are on tap, and he’ll have more details on that soon.