A year and a half ago we reported on the temporary relocation of the Seattle University library as the school launched a 37,000 square foot expansion and remodeling of the school’s Lemieux LIbrary building.

That remodeling is now complete, the construction fences have come down, and a shining new facade has been revealed to the rest of the campus. If the 60’s and 70’s were the dark era of academic architecture (which was definitely the case at my alma mater), it seems like the new millenium could be a new golden era for campus building: 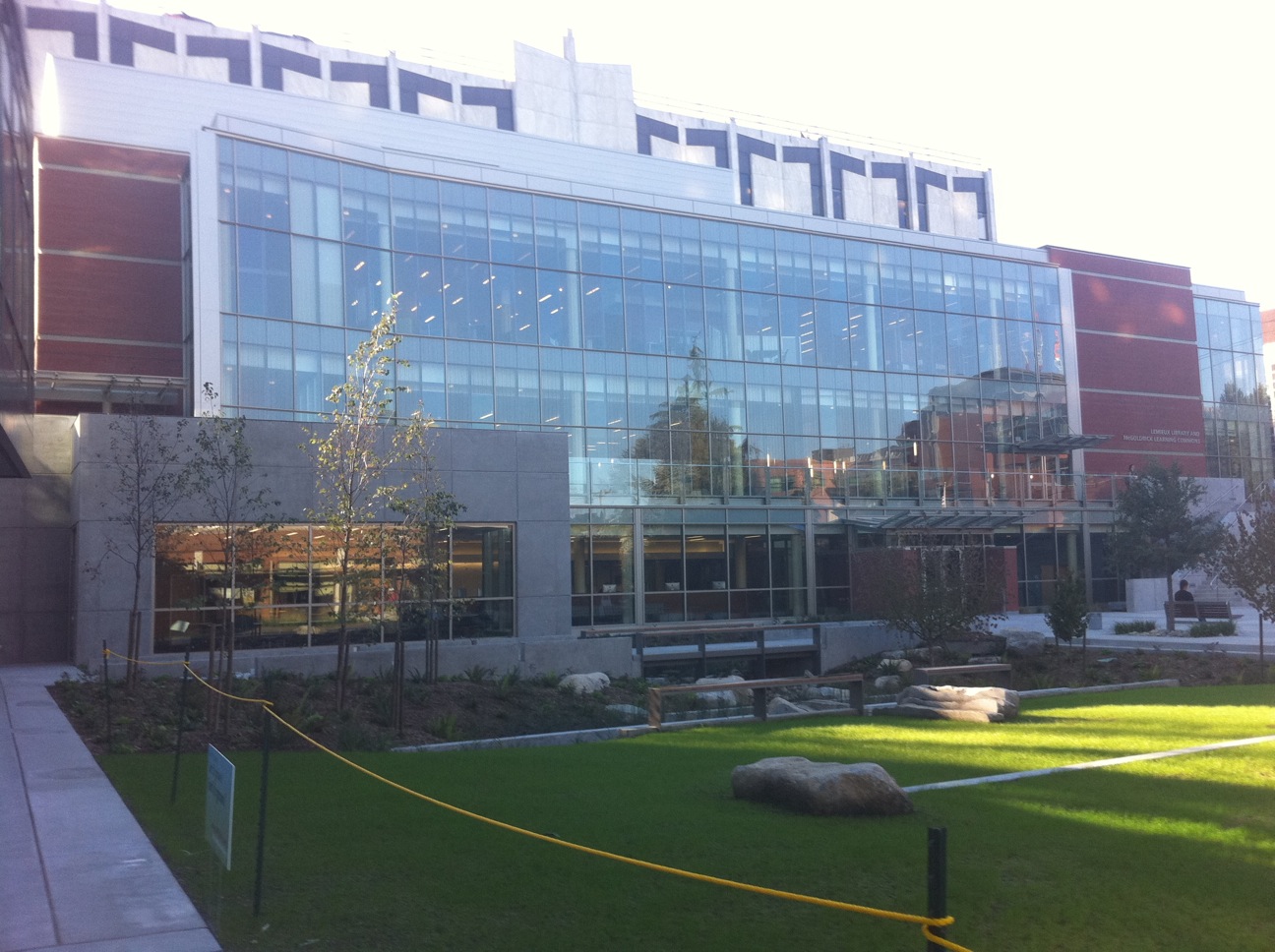 The plaza in front of the building includes a water feature and small depression that provides a natural system for stormwater treatment. 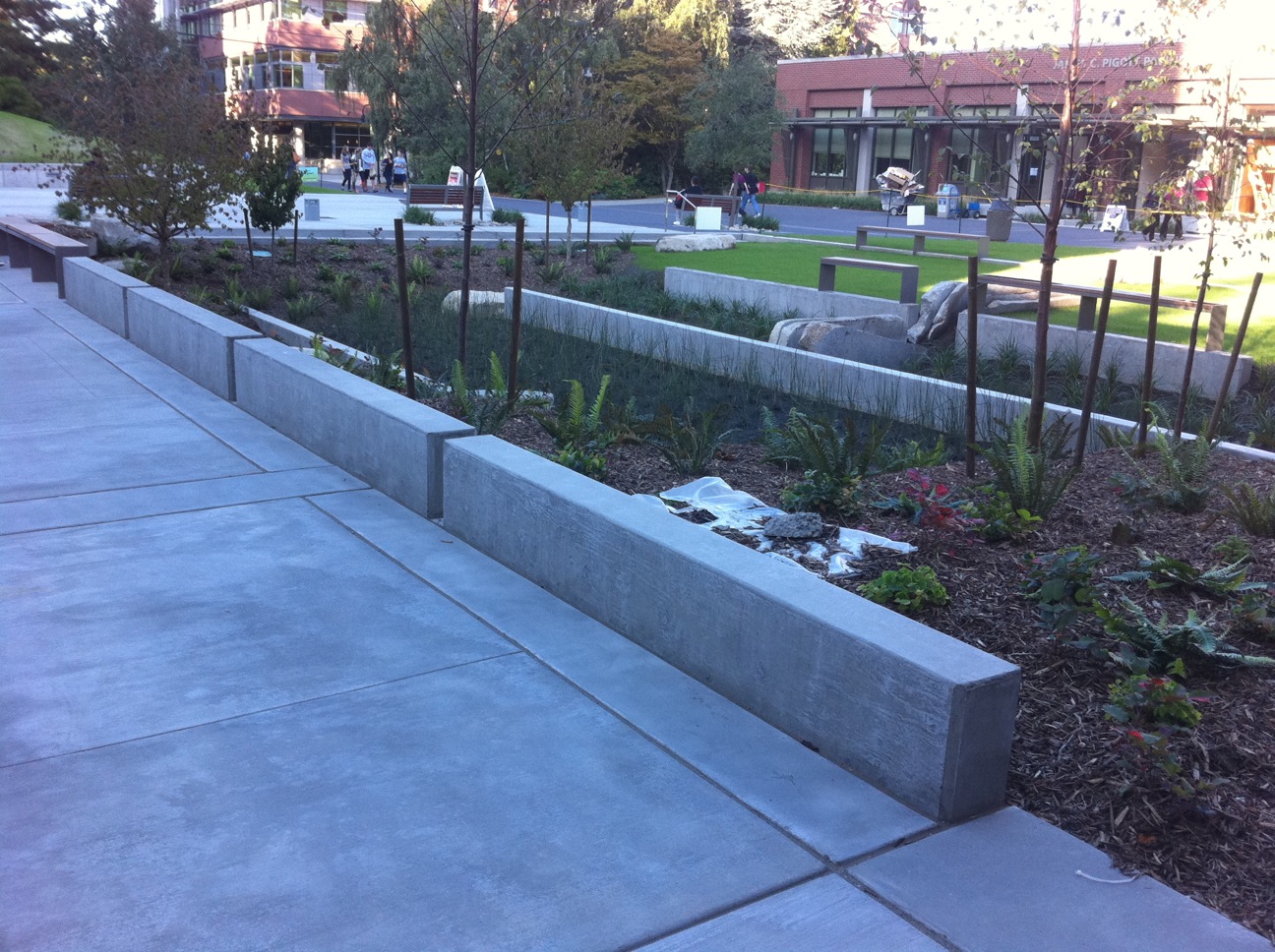 And perhaps most importantly for foot-oriented Central District commuters, Columbia Street is now completely reopened on campus, restoring the direct connection to Swedish Hospital and the rest of First Hill.