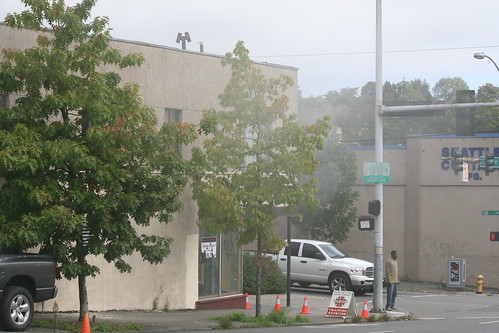 We stopped by 12th & Yesler today to get some action shots of the fire fighter training at the empty retail block that will soon be demolished by the Seattle Housing Authority.

Crews had filled the second floor of the building with artificial smoke, practicing rescue responses in situations similar to actual fires.

The smoke was clearly visible coming out of broken windows in the building, drawing stares from pedestrians and motorists who passed by. But fire crews and a training sign were clearly visible, so it doesn’t look like it generated any calls to 911.

SHA will be tearing down that block sometime in October. As we reported yesterday, there are no concrete plans for further development on that block. 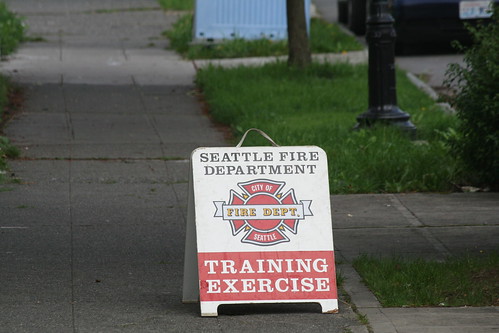 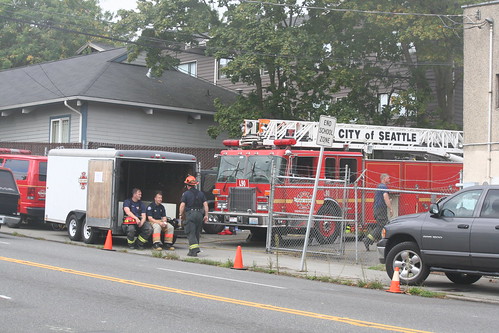 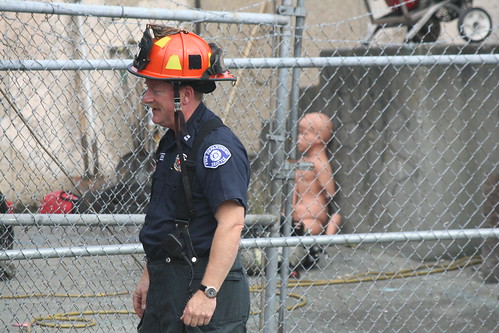