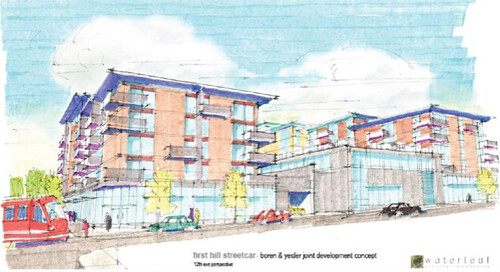 The city’s new First Hill Streetcar is scheduled to start construction next year, and one big decision still remains in the project. As we reported in the summer, the city is evaluating two potential locations to place the maintenance and storage facility for the streetcar vehicles, including one spot here in the Central District at 12th and Yesler.

This week the Department of Transportation gave city council members an update on streetcar planning, including new details on how the maintenance facility could be sited on the Seattle Housing Authority property adjacent to Yesler Terrace..

According to preliminary renderings, the maintenance barn would face 12th Avenue and sit in the middle of the block between Yesler and Fir, with a half-block of track connecting it to the main path of the streetcar where it travels up and down Yesler.

The photo below shows the general massing of the facility in an aqua color. It is surrounded by a conceptual development from the housing authority, adding low-income apartments that would ease the planned transition of Yesler Terrace to a more dense mid-rise development. Apartments are shown in red and orange, parking is shown in gray, and retail space is shown in yellow. 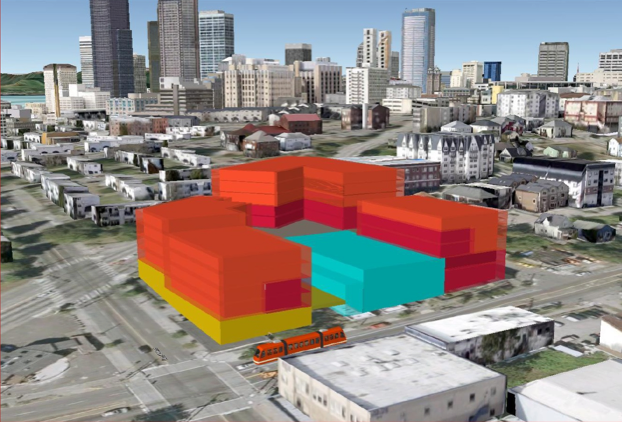 The partnership with SHA would be designed to benefit both the housing agency and the city. SDOT’s Ethan Melone said “We each benefit because we take on some of the site development costs, and they provide some of the land.” The roof of the maintenance facility would also provide open space for SHA’s residents, giving them green space and a courtyard that would be 25 feet up above street level.

With SHA’s plans in flux, the city’s design would allow for a phased approach that would build the maintenance facility first, and then allow the housing authority to fill in the space around it sometime in the future. The photo below shows how the streetcar barn would fit in with existing development on the site: 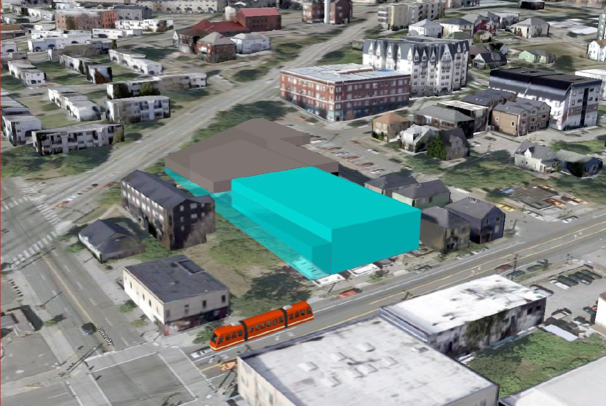 Melone told the city council that one key consideration is whether a maintenance facility fits in with community plans for 12th Avenue. They’re looking at whether its impact can be lessened by including ground-floor retail along the 12th Avenue side, and will be talking with community groups to collect their feedback on the plans.