It’s a rare thing to see anything approaching unanimity in a neighborhood community meeting. But the final design for the new park at 12th Avenue may have set a new standard for community consensus.

Last night architects contracted by the city presented their plans for the long-planned pocket park at the corner of 12th & James Court, reflecting community ideas and feedback from two previous meetings. And although people had questions and concerns about some specific elements of the plan, overall the group was very enthusiastic about the design.

The biggest feature that made the final cut was also a popular option when first presented in July, hanging a “cloud” of convex mirrors over the central part of the property. Suspended 5 to 18 feet above the ground from poles around the park periphery, it’s designed to reflect light and colors and provide a bit of shade on hot days.

Under the cloud are tables and chairs, loosely fastened to prevent theft, and a blue “pillow” covered in a soft playground surface. Other sitting areas include umbrella-covered tables near the Watertown Coffee and flat wood benches that surround planters in the park.

The park is fully funded with a total budget of $450,000. That does not include additional funds that may be awarded to create the neighboring James Ct. Woonerf, which should be determined early next year.

Parks officials say that construction should begin late next summer, and be ready for community use in 2012. 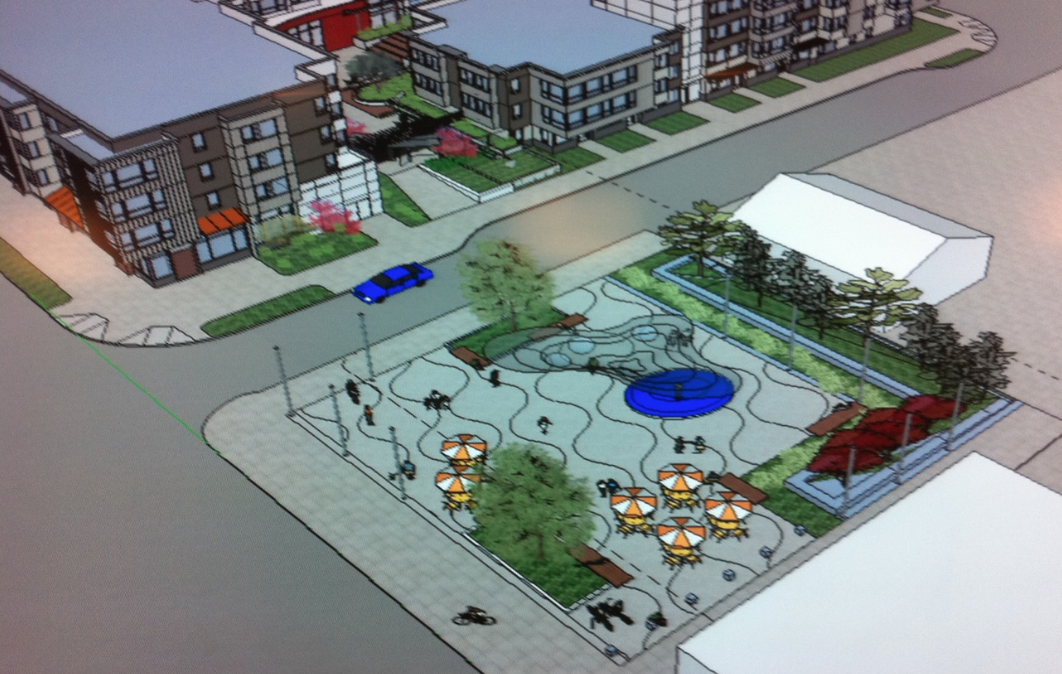 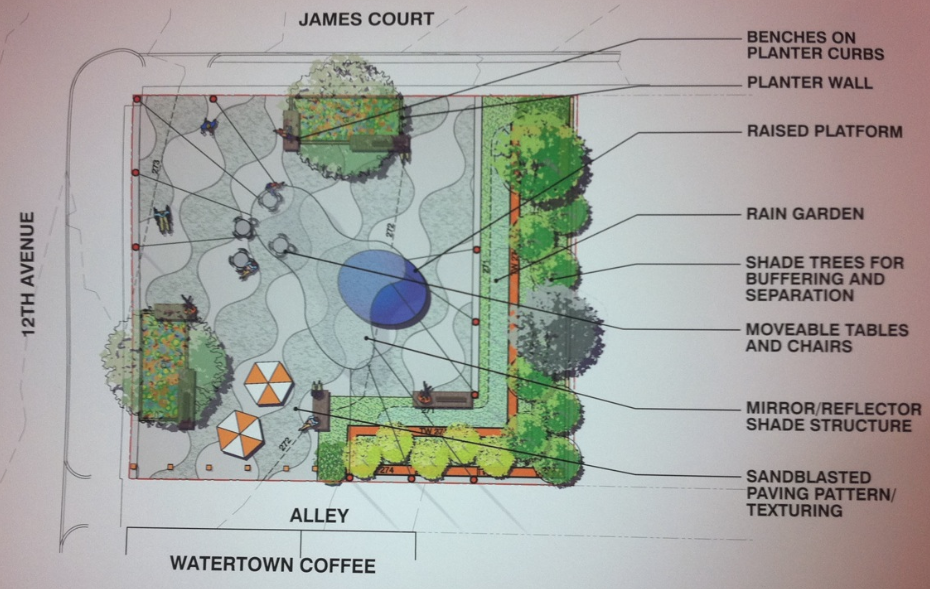 0 thoughts on “Final design of James Ct. gets rave reviews from community”