Some new wildlife hot on the heels of last week’s deer excitement. Tonight we spotted a bird of prey hanging out on the top of a power pole outside CDNews World HQ. A few months ago CDNews member Missa identified it as a Cooper’s Hawk.

At first we couldn’t figure out why he was waiting so patiently with all the commotion going on down on the ground. But then we looked down, and saw a mangled pigeon lying in the middle of the street. 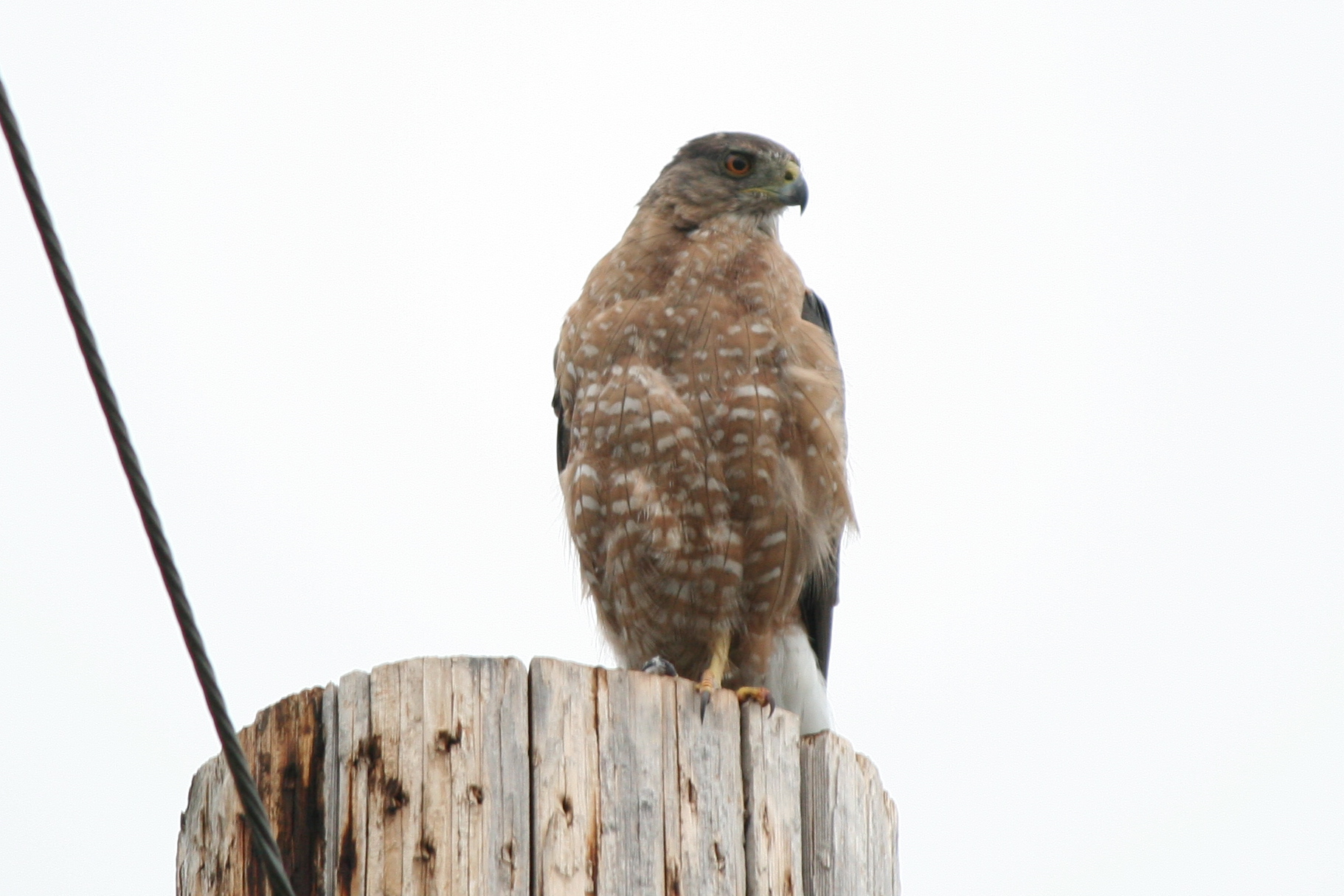 Forty-five minutes later he saw an opening. He swooped down, picked up his prey, but had a hard time getting any altitude, landing on a fence down the block. 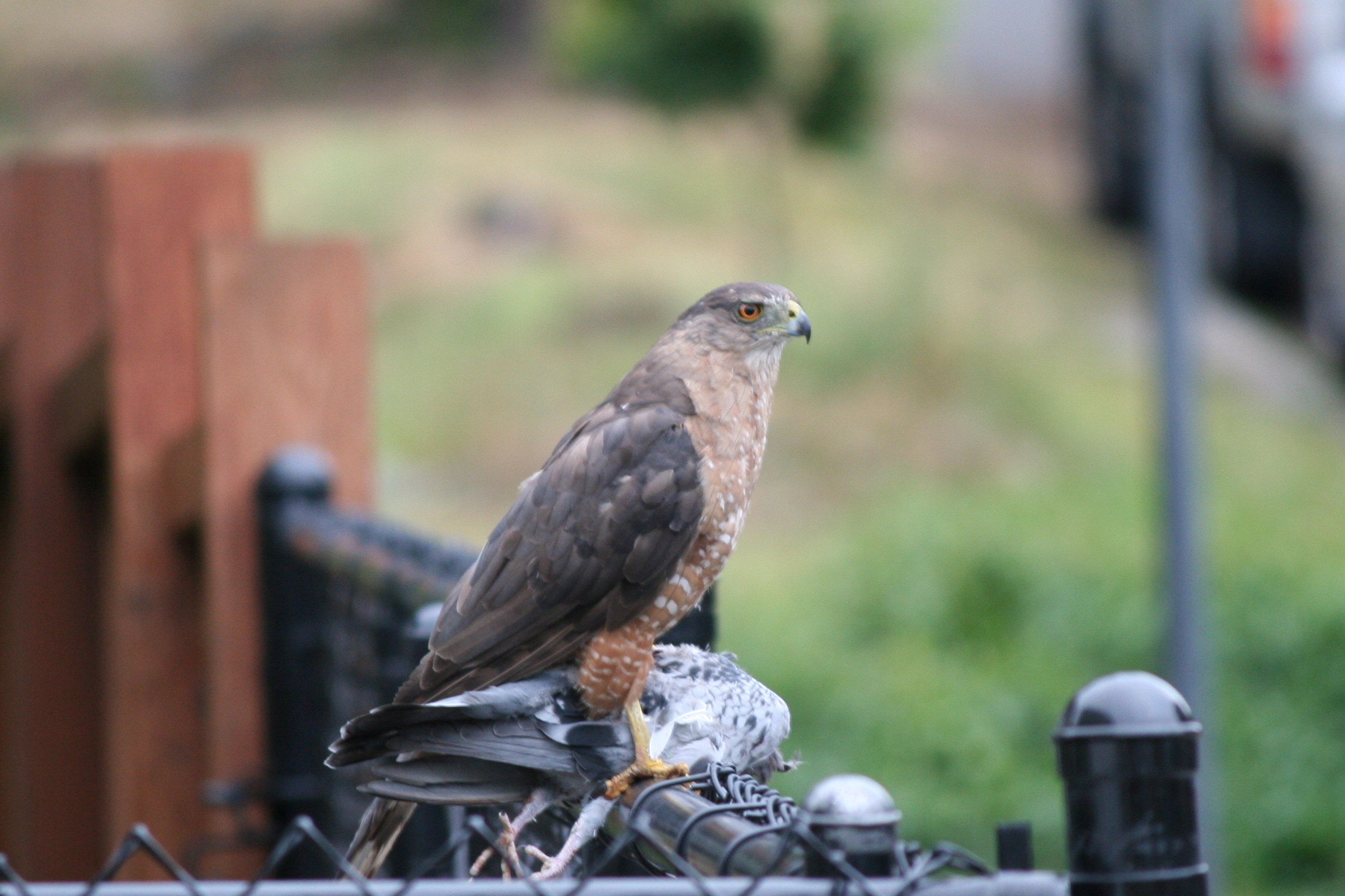 A dog bark a few minutes later sent him off again, flying low, around the corner, and out of sight down the next block.