The Seattle Police Department has released a statement on this morning’s wreck at 23rd & Marion, and they say that detectives are considering this a felony traffic crime and that “signs of alcohol consumption was noted in the passenger compartment of the Suburu.”

According to police, so far the investigation has shown that the Suburu station wagon, occupied by four, was traveling eastbound on Marion and ran the stop sign there. It then struck the Saab that was heading northbound with a single male occupant driving.

Police say that all occupants sustained injuries, but that only a single male passenger in the Suburu had life-threatening injuries. We’ve placed several calls to Harborview to get an update on his status but have not yet heard back.

This was the 2nd serious accident at the intersection within the last two weeks. A light pole was previously damaged in a daytime collision at the same corner. Long-time readers may also remember the vehicle vs. baby stroller incident from way back in 2007. And neighbors tell us that there’s been many other bad accidents there as well.

Commenters on today’s story notes issues with large shrubbery and vehicles parked too close to the stop sign, inhibiting visibility. But that doesn’t seem likely to be a factor here, since it appears that other negligence was at play. 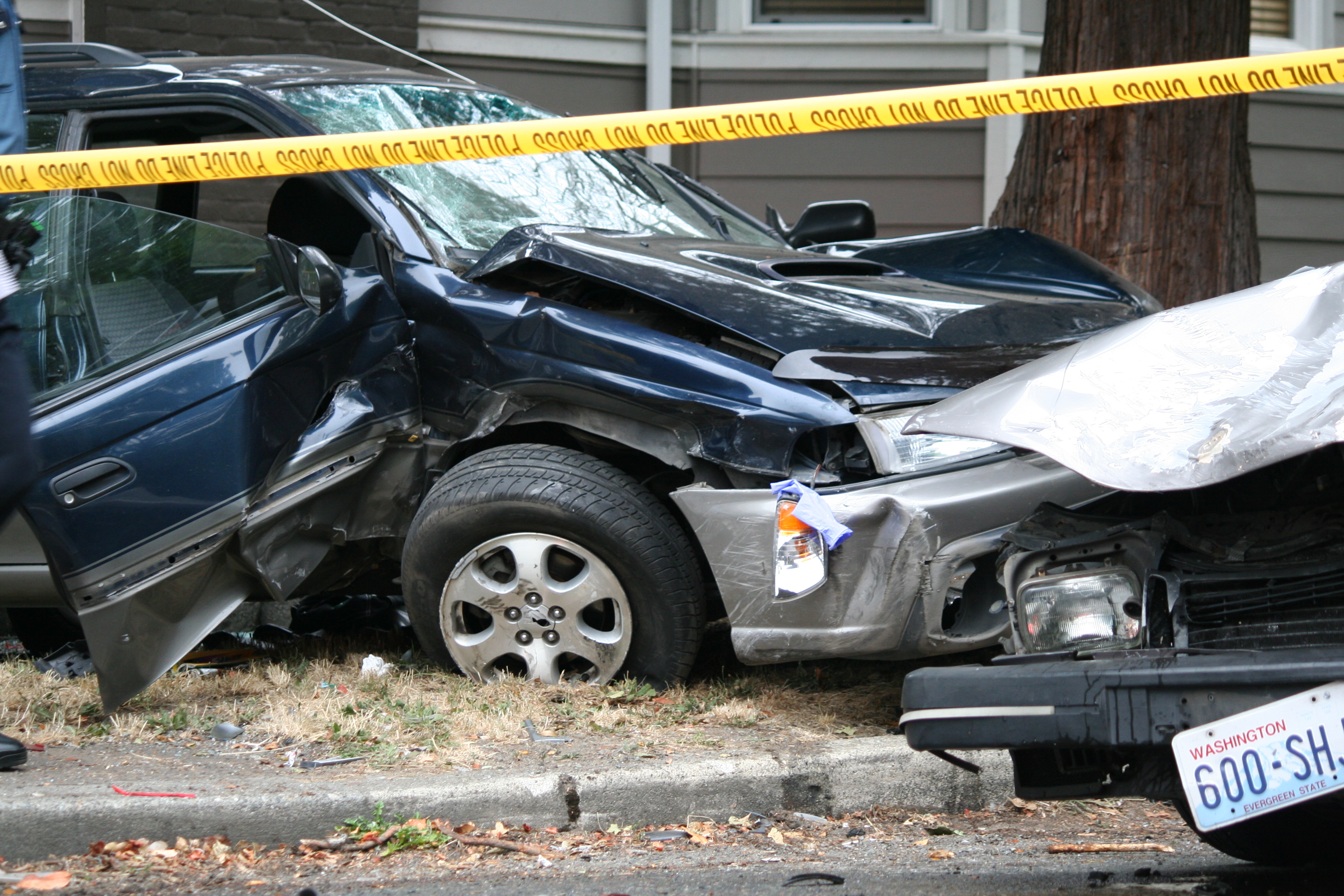