We’ve received several emails and notes from our twitter followers about the eye-catching art that has gone up on traffic signal boxes around the neighborhood.

CDNews twitter friends Truman206 and SusannaDW did the research legwork for us, and found that it’s the result of the city’s Central Area Signal Box Art Decal Program that was first announced on the site last June.

The artist is Troy R. Miles, and Truman gives him big props for what he accomplished with his $2,000 budget, saying “These posters are beautiful.  My snapshots don’t do Mr. Miles’ work justice.  Find one to admire right here in the CD!”

Here’s the images, with the small historical text from each: 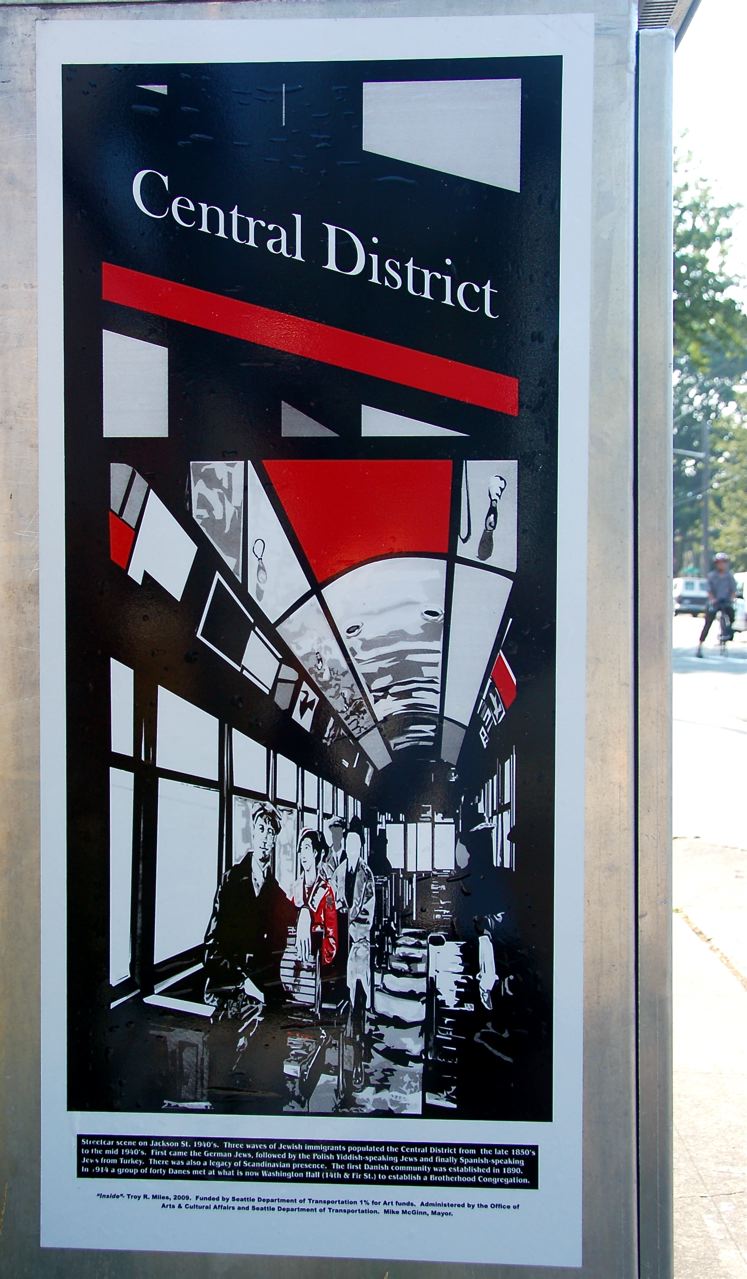 Streetcar scene on Jackson St. 1940’s. Three waves of Jewish immigrants populated the Central District from the late 1850’s to the mid 1940’s. First came the German Jews, followed by the Polish Yiddish-speaking Jews and finally Spanish-speaking Jews from Turkey. There was also a legacy of Scandinavian presence. The first Danish community was established in 1890. In 1914 a group of forty Danes met at what is now Washington Hall (14th & Fir St.) to establish a Brotherhood Congregation. 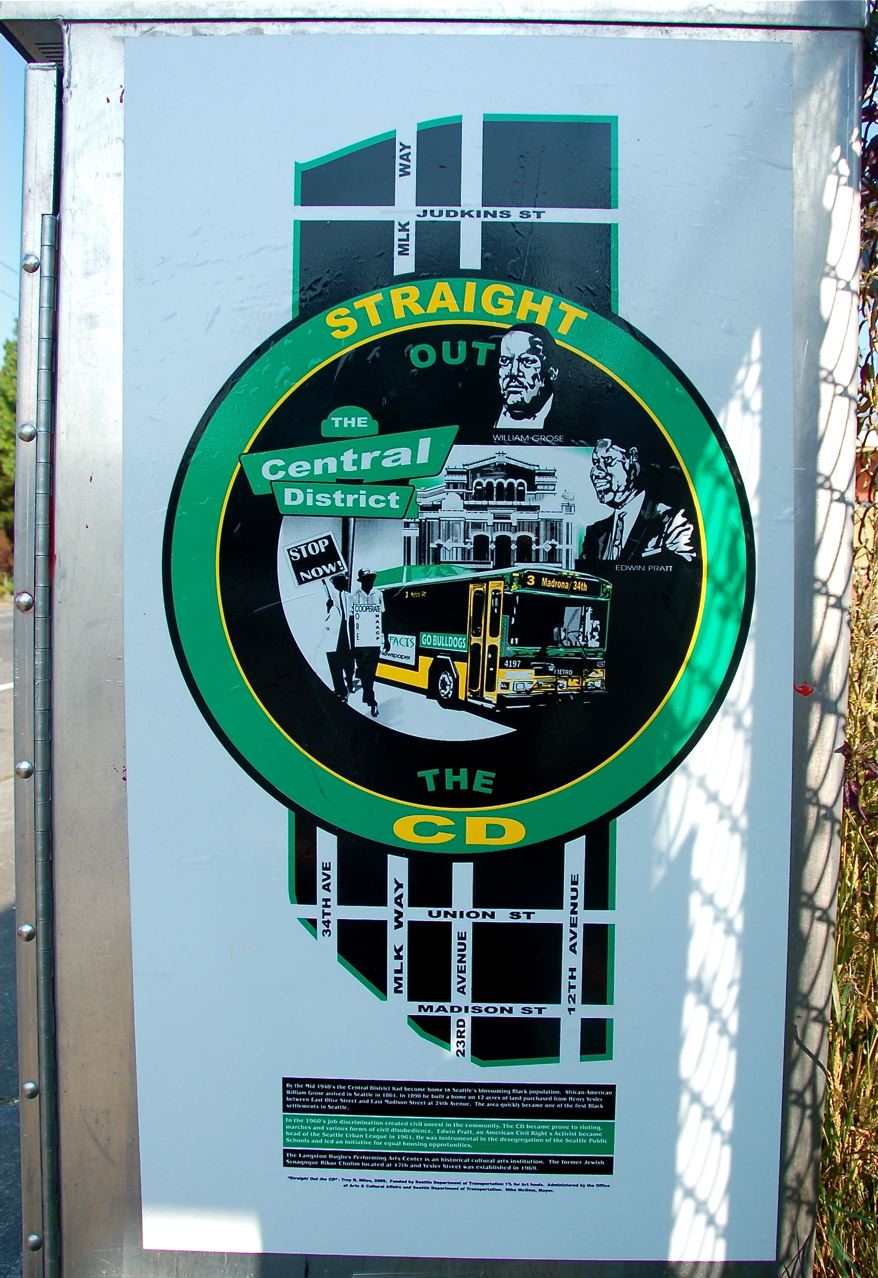 By the mid 1940’s, the Central District had become home ot Seattle’s blossoming black population. African-American William Grose arrived in Seattle in 1861. In 1890 he built a home on 12 acres of land purchased from Henry Yesler between East Olive Street and East Madison Street at 24th Avenue. The area quickly became one of the first Black settlements in Seattle.

In the 1960’s job discrimination created civil unrest in the community. The CD became prone to rioting, marches, and various forms of civil disobedience. Edwin Pratt, an American Civil Rights Activist became head of the Seattle Urban League in 1961. He was instrumental in the desegregation of the Seattle Public Schools and led an initiative for equal housing opportunities.