Capitol Hill Housing’s plan for six-stories of affordable apartments at 12th & Jefferson has reached another step on its way through the city’s approval process. Last week the design review board gave its recommendation to the project, which moves it on to the hearing examiner for approval.

The building includes 40 apartments, 5,000 square feet of retail space, and parking for 5 vehicles.

The project requires a rezone to allow for a 65 foot tall building, up from the maximum of 40 feet that is currently allowed. If the hearing examiner approves that rezone request, it will go to the city council for final approval.

CHH plans to seek funding for the project in September, and is planning for a large environmental cleanup on the site in September and October to remove the pollution left behind by a gas station that once sat on the corner.

The design review board did request several modifications to the building’s design, including:

CHH sent us the updated architectural renderings that include those requests: 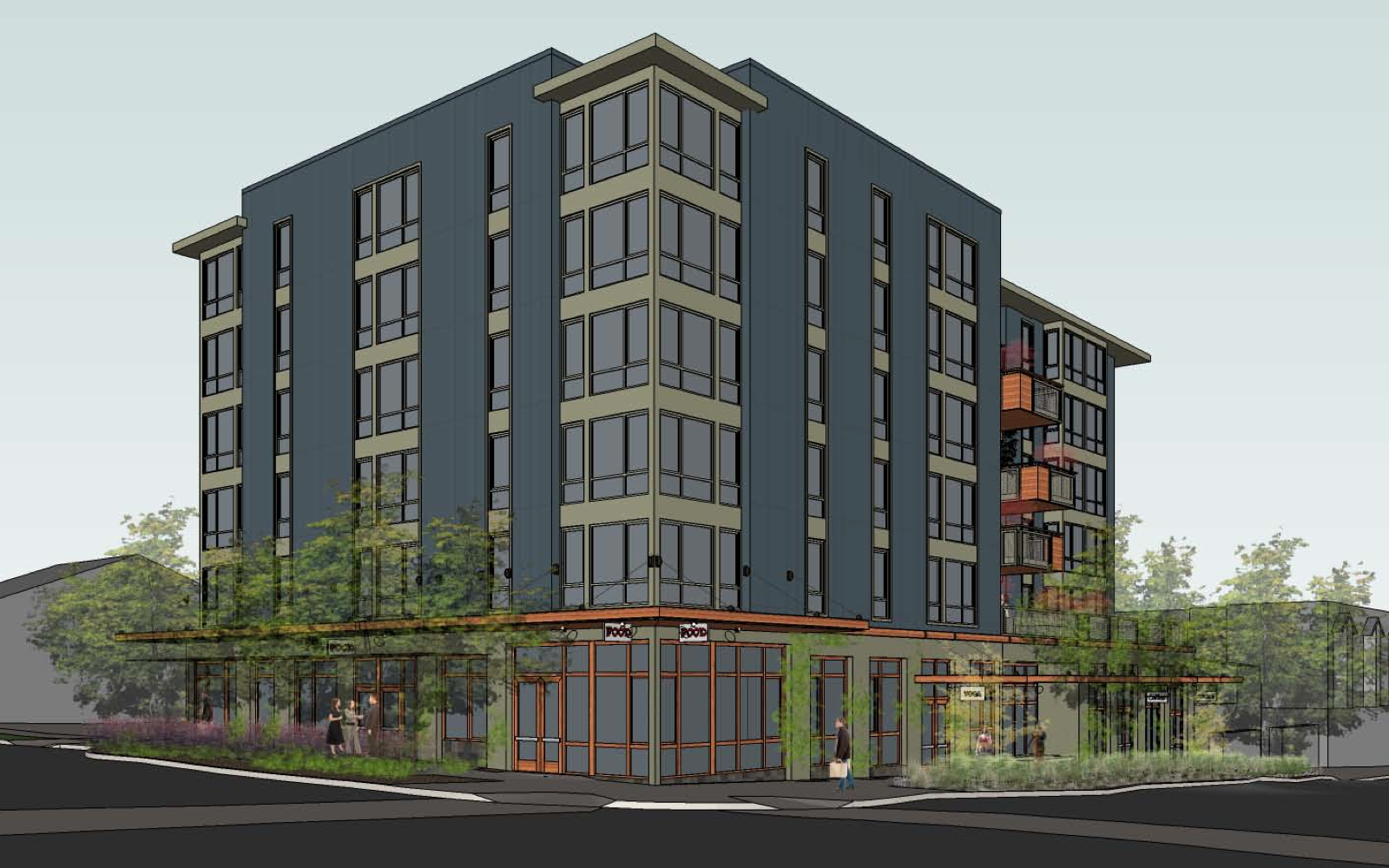 Looking northeast at the corner of 12th & Jefferson 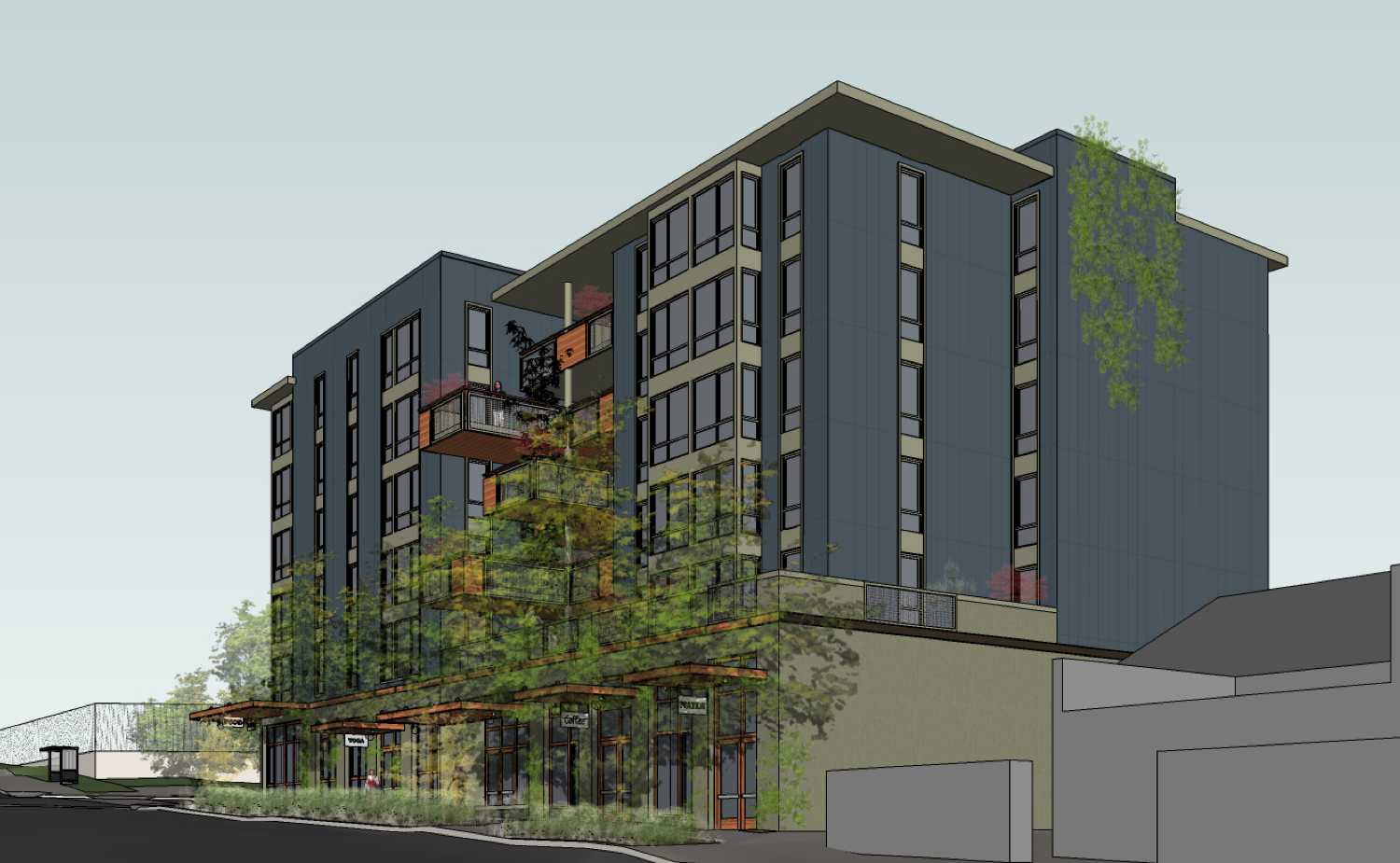 Looking northwest from the 1200 block of Jefferson 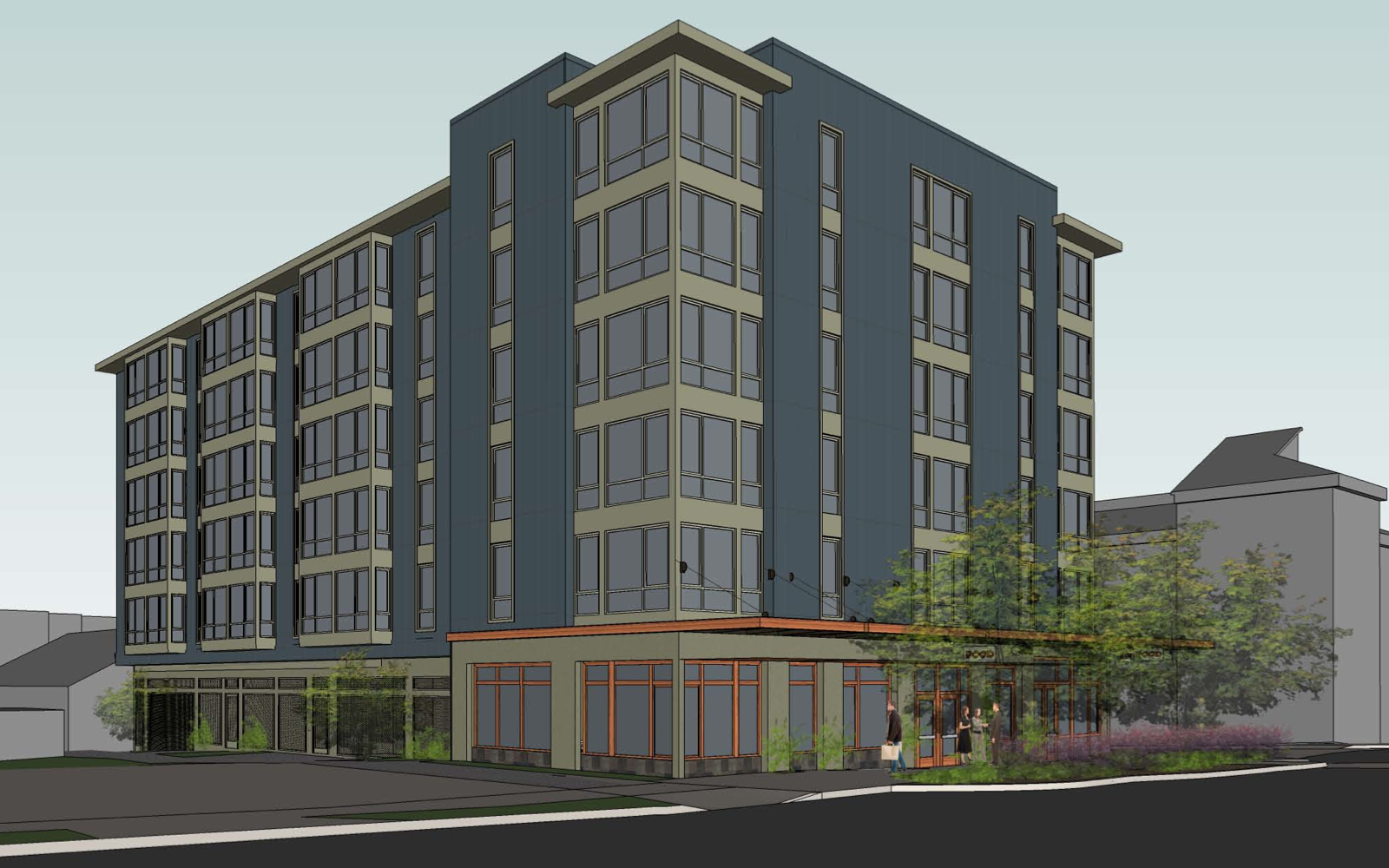