Last Friday, we were visited by King County Council member Larry Phillips in the 12th Avenue Business District. Larry just posted about his experience on Capitol Hill Seattle. It was a day that started out cloudy, but by the time we gathered at Bailey Gatzert Elementary School parking lot, it was sunny and 80 degrees out.

Looking at vacant lot owned by SHA at 12th and Yesler

We discussed several broad themes with Larry that afternoon: enhancing the vitality of the business district through improved access to public transportation and pedestrian amenities on 12th Avenue; activating long-vacant and neglected parcels on the south end of 12th through the creative redevelopment of the King County Youth Services Center at 12th & E Alder; and the current climate and challenges (including crime) for small businesses in the district. 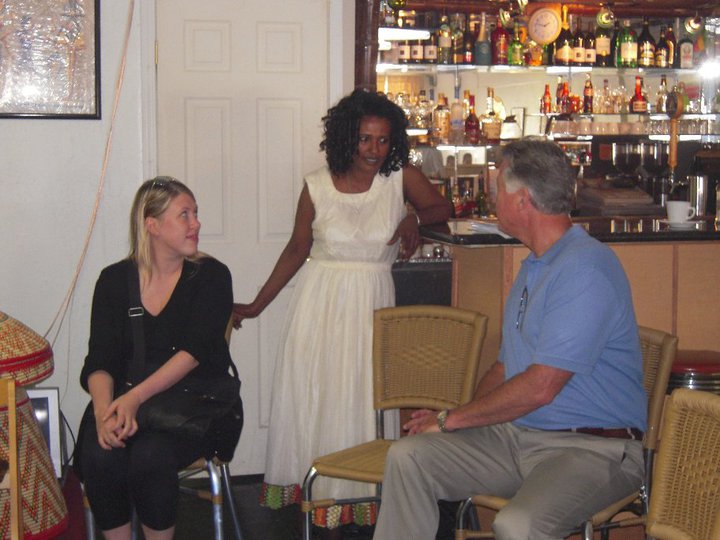 Along the way we stopped at several vacant lots, including one owned by the Seattle Housing Authority, the King County Youth Services Center, Zobel Restaurant  for a traditional Ethiopian serving of coffee, the Capitol Hill Housing project site at 12th and E Jefferson, the new park being developed at 12th and E James Court, Seattle University, and Osteria La Spiga Restaurant. Neighborhood residents Lara Benhert and Ellen Sollod joined us on the tour as well.

Many thanks to Council Member Phillips for spending the afternoon with us. If you want to learn more about what is happening on 12th Avenue, come to the next Stewardship Meeting, details can be found here. 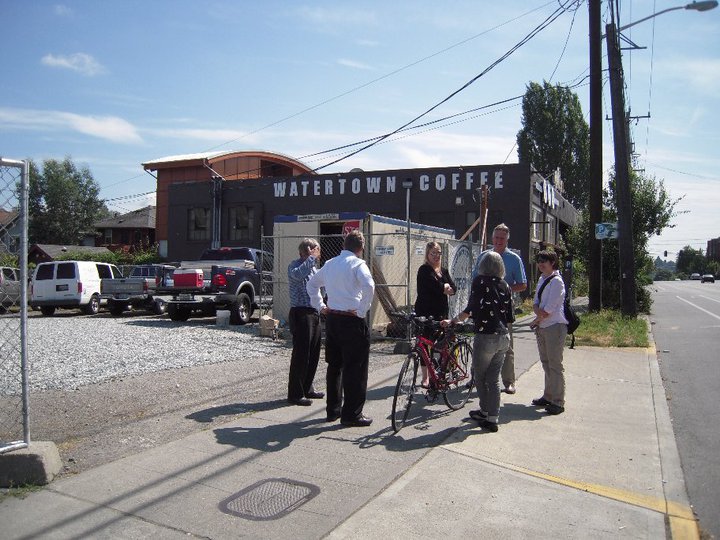 Looking at the future James Court Park (and hopefully Woonerf too!) 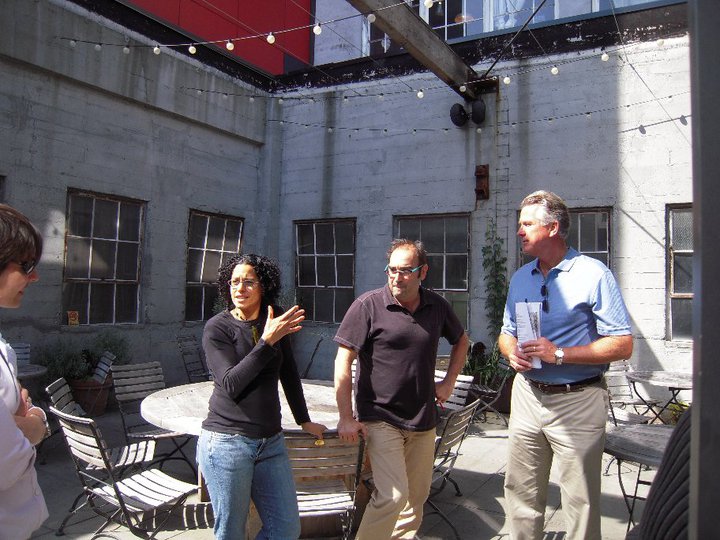 0 thoughts on “Larry Phillips on 12th”